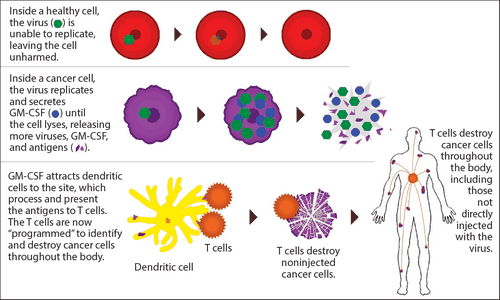 That’s how it works Herpes virus for example, in patients in intensive care units too severe pneumonia. In healthy people it can spontaneously one encephalitis cause irreversible brain damage.

The genetic material of the herpes virus consists of DNA, as in humans. Once it has invaded human cells, it infiltrates its genome into the cell nucleus. There is the molecular machinery, with the genetic information read from the DNA and transcribed into RNA molecules. This RNA then determines which proteins are formed by the cell.

In the nucleus, the virus takes over within a few hours after infection complete control about this machinery. It uses them to make their own proteins from the cell and multiply massively. The formation of cellular proteins soon becomes a minor matter. In the end, the host cell dies and releases thousands of new viruses that infect other cells.

Reading the human DNA is disturbed

The researchers have analyzed in cell cultures, such as infection of human connective tissue cells (fibroblasts) with HSV-1 Time runs and what happens with the totality of RNA molecules in the cells. They used a new method. With it, they can selectively purify the RNA molecules formed at certain times after the start of the infection and examine them with high-throughput sequencing.

Three to four hours after the infection, the scientists were able to observe a completely unexpected effect: The reading process on the human DNA stops no longer at the intended places, but simply continues to run, often over several adjacent genes. That’s how you get massively unusable RNA products, which are no longer properly processed into proteins. The DNA of the virus, however, is completely correctly written off. So the virus probably prevents Defense reactions of the host cell and increases the production of its own proteins.

Hundreds of genes are awakened, but remain silent

The newly discovered mechanism may give the impression that the virus additionally activates many genes in the cell – but this is not true. “Experimental data has probably been misinterpreted in the past,” concludes the researchers. According to their findings, hundreds of cellular genes that seem to be activated by the viruses are not translated into proteins even eight hours after infection. “Contrary to other studies, we also found no evidence that the viruses in general inhibit the further processing of RNA in the nucleus, the so-called splicing,” said Dölken. Instead, it comes to unusual splice operations that have not been described so far.

The research team from Würzburg, Cambridge and Munich has set a methodological milestone with this work: With a single experimental approach it is possible to record the totality of changes in the reading and further processing of RNA and its effects on protein production.