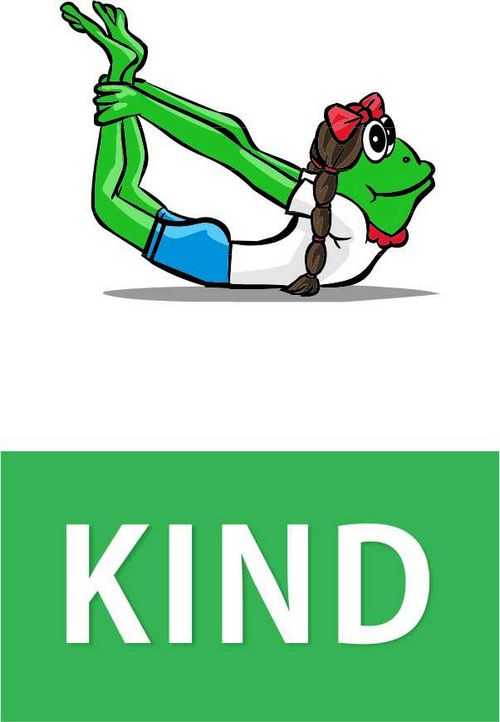 The Highway Code in Germany

The Road Traffic Act (StVO) regulates the common driving on public roads. According to Section 6 of the Road Traffic Act, the general administrative regulation (VwV-StVO) applies to the municipal road traffic authorities. The following article is aimed at citizens living in the Specification forest of the StVO need a little guidance in Germany. Here are the three parts presented the Highway Code and the main paragraphs of traffic law explained.

Classification of the StVO in the road traffic law

The legal situation on German roads will be in Road Traffic Act regulated to the smallest details. The StVG symbolically stands as a roof on four pillars. One of them is the one Highway Code, dealing with the standing as well as flowing traffic employed. It ensures order every day anew.

The four pillars of the StVG:

The three other pillars of the StVG:

The Vehicle Licensing Regulations regulates which motor vehicles are allowed and allowed to participate in road traffic. The technical specifications for it are regulated in the StVZO. In the FeV last rules and conditions are summarized, which must be considered, if one person would like to lead one of the different vehicles.

The Road traffic act contains rules and regulations for road traffic, which all road users are committed. Whether in the car, as a pedestrian or on a bike: The StvO applies on public roads for everyone.

In other countries, similar rules often apply, but details may differ significantly in some cases. The road traffic regulations (StVO) in Austria can not be equated with the German as the StVO of Switzerland. Before going on holiday, the rules of the countries concerned should be considered more closely. This article only applies to Regulations in Germany.

Structure of the StVO

In the following are briefly mentioned the parts of the Highway Code and some included paragraphs. More detailed explanations follow in the chapter “Important paragraphs of the StVO in detail“

The first part contains 35 paragraphs and deals with the general rules in German traffic. Paragraph 1 StVO is of fundamental importance to all road users Attention and mutual consideration Committed.

In paragraphs 36 to 43 StVO be Signs and traffic facilities of German road traffic in appearance and meaning exactly. Meant are so also traffic lights or other light signals, which of course also be regulated in the StVO.

Traffic facilities and signs should guarantee safe traffic on confusing or busy roads. So be in Part II the StVO general Traffic signs, danger signs, regulatory signs and directional signs defined in appearance and meaning.

For example, a traffic-free area according to StVO marked by a sign, which is defined in paragraph 42 (character 325.1).

In paragraph 43 StVO the transport facilities regulated. Also road markings and blue or yellow turn signal are the subject of the regulations.

Part III StVO: Rules for implementation and the fine catalog and final regulations

The final third part defines the responsibilities of the authorities (Article 44 StVO) and defines their scope of action in the event of a disruption. Also the penal catalog of the StVO is defined. In addition, the Special regulations of traffic on the island Helgoland contained in this part.

Important paragraphs of the StVO in detail

In the following, individual points of the Highway Code are considered in more detail. This should Not be understood as a “hit list” of the main paragraphs, but merely explains frequently asked questions and ambiguities. But every single paragraph the StVO is important and should at least be understood in its basic trait and applied naturally. The principle Paragraph 1 StVO has already been mentioned and hereby as Of course provided.

Paragraph 2 StVO: road use by vehicles

Here is regulated how the roadway may be used by vehicles and must. This is basically the case in Germany Right driving according to StVO. The legal driving requirement is supplemented by further obligations. For example, according to StVO winter tires to use, if the weather conditions require it. In addition, some regulations on roadway use by bicycles are recorded here.

This contains among other things the following regulations:

The most common offense in German traffic is the Disregard of the prescribed speed limit. High fines, points in Flensburg and even driving ban can be the result. The principle of speed will be in Section 1 § 3 StVO formulated as follows:

Anyone who drives a vehicle may only drive so fast that the vehicle is constantly under control. In particular, the speed should be adapted to the road, traffic, visibility and weather conditions as well as the personal abilities and characteristics of the vehicle and the load.

The principle that nobody put in danger may also be used for overtaking. The StVO says clearly that if a passing road user a safe overtaking must guarantee.

In particular, he has to comply with the following rules: He must overtake on the left and may when the Ausscheren the Do not endanger the following traffic. In the event of an unclear traffic situation or a corresponding prohibition sign, overtaking is completely prohibited.

However, also has the Outdated to follow certain rules. He is allowed above all his Do not increase speed, if he is overtaken.

If you want to park according to StVO, there are some rules to follow. The basic questions are clarified on this point. For example, regulations for no-parking zone according to StVO exactly defined. The StVO also provides for the regulation of stationary traffic before also traffic signs, the Parking and stopping places clearly mark.

Hold and park differ in terms of the duration during which the vehicle is stopped and possibly left. The StVO speaks in the moment of Park, in which the driver that Vehicle leaves or longer than holds for three minutes.

The rule prohibits holding in the following areas:

Also Park drivers may not everywhere, z. B. not in the following areas:

What is not yet clarified in this context, is the use of a parking disk. The StvO keeps regulations and the handling of parking meters in Paragraph 13 firmly.

Families and users of carpooling are particularly affected by this point of the StVO. § 21 regulates how many people are allowed to be carried in a car and which ones Special features of children must be considered. Thus, the child seat is subject to the StVO and its regulations. The transport of children by bicycle is also Subject of this paragraph. In Passus 21a StVO is the seat belts anchored.

In motor vehicles only as many people are allowed to be carried as with Seat belts equipped seats be available.

children until the age of 12 years may only be in a suitable Child seat (Retention device) are taken. If you Vehicle not equipped with seat belts is, you are allowed Children under three years at all Not take.

On motorcycles without appropriate seat, in caravan trailers and on tractors without suitable seat passenger transport is prohibited.

This point again underlines the special responsibility of the driver in his participation in the traffic. Paragraph StVO 23 shows what you need to consider in order to dangerous situations not even allow to arise and to ensure safe traffic.

Subsections include, among others, regulations on Cargo, visibility, lighting or the To phone while driving. Included is also the compliant bicycle lights according to StVO. After all, the bicycle is also considered a vehicle.

The main points of these rules can be summarized as follows:

Some drivers receive special rights as they special tasks to have. In Paragraph StVO 35 For example, the special right of Rescue and police cars admitted to ignore the red light of a traffic light in an emergency.

Other drivers can also receive special rights. For example, the snow shovel drive slower on the highway or the garbage trucks may be in the ban. However, the special rights do not automatically imply that other road users must make room. Dealing with the blue light of emergency vehicles is in Paragraph StVO 38 controlled.

The observance of these signs and instructions requires concentration and of course the knowledge of their meanings. This is especially important and essential for smooth road participation.

According to § 36 StVO are the Signs and instructions from policemen to follow. They have priority in front of traffic lights, signs and other regulations. Police officers regulate u. a. Traffic at busy intersections when the traffic lights turn off.

Light sign such as B. lights have in turn Take precedence over traffic signs. According to § 39 Abs. 1 StVO, the latter are set up only “where this is imperatively required due to the special circumstances”. These signs are usually right.

Traffic signs follow the general traffic rules. They are in danger sign, regulatory sign (Commandments and prohibitions) as well directional signs divided. There is also additional characters, which refer to the respective attached sign and supplement this with further information.

Absolute priority always has one blue flashing light in conjunction with a Siren. This signals the highest hurry. Other road users have to react immediately and make room for it.

On yellow flashing light on the other hand warns of dangers, especially at work and accident sites (eg construction site entrances, accident locations). Even unusually slow-moving as well as very wide or long vehicles can be equipped with this light.

Here is listed what is on the road as ordnungswidrig Is evaluated. According to Paragraph 24 of the Road Traffic Act (StVG) may impose such offenses with a fine of up to two thousand euros become.

So it is regulated in the StVO no fine. Also sets the StVO no alcohol limit firmly. The prohibition to participate in road traffic under the influence of alcohol, I see paragraph 1 § 24a StVG.

Cyclists and pedestrians must also comply with the regulations.

The Road traffic regulations apply not just for drivers, but for all road users, so too for pedestrians and cyclists.

These have also the Traffic light traffic light to be observed. If they do not do so and cause an accident, most of the fault lies with them, even if they are the most suffering.

While cyclists are in principle always meant when in the StVO of “vehicles“The speech is dedicated to the pedestrians a separate paragraph. It’s the Paragraph 25 StVO, which stipulates, among other things, the following obligations for her:

The StVO applies to all public roads, paths and squares application and is aimed at all road users. Consequently, in addition to car and truck drivers, cyclists and pedestrians must adhere to it.

The StVO consists of three areas. The first deals with general traffic rules (§§ 1 to 35 StVO), the second with signs and traffic facilities (§§ 36 to 43 StVO) and the third deals with implementing, fine and final regulations (§§ 44 to 53 Highway Code).

A detailed explanation of the most important paragraphs of the StVO can be found here.