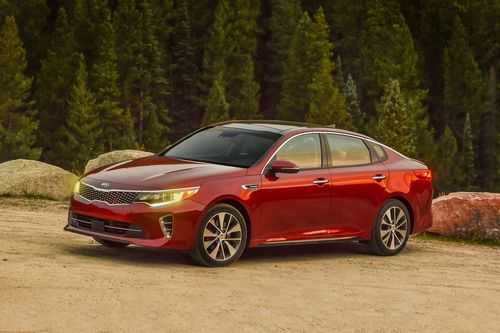 The website www.kindergartenpaedagogik.de was established in 2000 by Martin R. Textor. The first 45 articles were posted on 01.08.2000 in the online manual. These were exclusively texts by the editor (Martin R. Textor) and his wife (Ingeborg Becker-Textor). But already from the 17.10.2000 reference books were pointed out by other authors; The first articles of other contributors have already been added to the website on 24.10.2000. So the direction was clear: The online manual "Kindergartenpädagogik" It is designed to provide professionals in day-care centers, students at (vocational) technical colleges and universities, parents and other interested parties with free access to specialist articles on child day care and to draw their attention to books on this subject.

At the turn of the year 2002/2003 a relaunch of www.kindergartenpaedagogik.de took place (new layout of the website and the individual articles). In the following years further (major) changes were made, e.g. on the layout of some pages, in terms of the number of rubrics and the assignment of contributions. A link list was discontinued – and deleted in mid-2010, because the constant review and update of the links were associated with a no longer responsible effort. In November 2010, new subheadings were identified and their listings illustrated with photos.

In February 2009, the guidelines for authors have been changed in a crucial point: Since this month, only original contributions in the online manual "Kindergartenpädagogik" released. The consequence was that in the following years the number of new articles decreased.

From 2009, the references to textbooks were constantly updated. The number of corresponding texts increased from year to year. Therefore, in 2011 it was decided to limit the number to around 1,000 articles. On the one hand, new releases should be pointed out in a timely manner. On the other hand, care is taken to ensure that older books are mainly longsellers – ie books that have one "Amazon bestseller rank" of less than 100,000. Here it is assumed that such books have proven themselves in pedagogical practice and are therefore often acquired.

Also, the lists of recommended and award-winning picture books, children’s games and music CDs, the references to video films or DVDs for child day care as well as the reviews of picture books and children’s books have been repeatedly reviewed and updated.

In September 2015, a comprehensive relaunch of the online manual took place "Kindergartenpädagogik". The website received a content management system (Joomla!) And a new design or layout. In addition, names of rubrics and sub-headings were changed (some were also deleted) and many articles were reassigned. All pages now show the menu; In some cases additional drop-down menus are used. The search function has since been ad-free, and the text pages now have a print function.

When the online manual was founded in August 2000, kindergartens were the predominant form of day care. That’s why today was something "antiquated" description "Kindergartenpädagogik" chosen as title. In recent years, however, has the name "Kita" in politics, science and practice more and more enforced. For this reason, on the occasion of the relaunch of the website, the title was published in "The Kita Guide" changed while the URL remained the same (www.kindergartenpaedagogik.de). Of course, the website can now be accessed with www.kita-handbuch.de.

In recent years, occasionally specialist contributions have been deleted on request or in consultation with the authors. This was particularly common in 2013 (10 articles) and November / December 2016 (23 articles), when the publisher reviewed older contributions for relevance.

On 08.11.2017 the publisher of the website changed. Mrs. Antje Bostelmann became Managing Editor and is now responsible for the day-to-day business. Martin R. Textor remains until March 2024 first editor of "The Kita Guide" and then changes to the role of the second publisher. He is only active in an advisory capacity.

At the end of March 2018, an editorial team based at Klax Kreativ UG (Berlin) took over responsibility for processing manuscripts received and answering general inquiries.

In December 2018 was "The Kita Guide" relaunched. Web design and CMS have been adapted to the requirements of search engines. The URLs of the individual pages have changed. The old URLs still work thanks to redirects.

The table below shows how the number of articles increased over the years and how the online manual has been used more and more intensively.

Number of contributions at the end of the year

Use of the websites 1 according to Strato AG