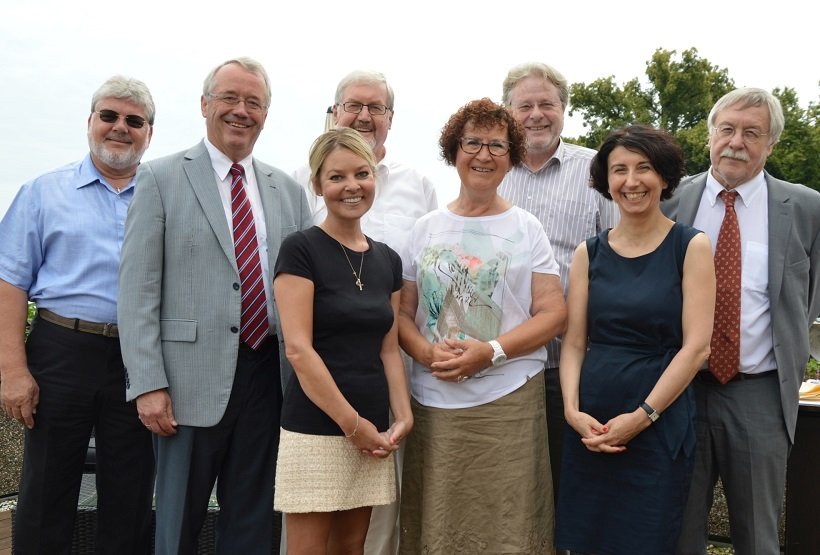 The “Singing with Children” foundation was founded on December 15, 2001 in Stuttgart. Representatives of 40 institutions and individuals came to the founding meeting. Brought together she with Contributions in different amounts to the foundation’s capital of DM 100,000 and founded today’s foundation.

The forerunner of the foundation was the “Alliance for Singing with Children”, which the then Minister of Culture Annette Schavan and the State Secretary for Culture, Rudolf Köberle, initiated – an institution that was unique in Germany at the time.

The "Alliance for Singing with Children"

The history of the formation of this alliance is closely linked to an international conference of music experts, which took place in 1997 in Biel, Switzerland. In a lecture, the AKER organization Copenhagen reported on a worldwide investigation on singing with children. South Korea was therefore the frontrunner in the care of the children’s song. Sweden was number one in Europe. However, the AKER report also showed that Germany was one of the countries in which little was sung with children. That should change: State Secretary Köberle called on 200 personalities from the state of Baden-Württemberg from the fields of culture, society and politics to join the planned "Alliance for Singing with Children". They should all support the ministry so that they can sing more with children again. 120 of the people called assured their support. This alliance was concluded on May 20, 2000 in the House of Representatives in Stuttgart, chaired by State Secretary Köberle.

The Alliance members set up working groups on various topics:

"We need an operational center to start implementing the many proposed measures."

The Singing with Children Foundation

Therefore, the "Singing with Children" foundation was founded in the same year on December 15, 2001. In spring 2002, Sonja Countess Bernadotte von der Mainau took over the chair for the new board of the foundation. After her death in 2008, Countess Sandra was elected chairwoman in 2009. She is the wife of Countess Sonja’s eldest son. In 2016, she finally handed over the chairmanship to today’s chairwoman Gerlinde Kretschmann.

Ministerial Director Thomas Halder had a proposal for the composition of the advisory board, another body of the foundation: This should bring together as many forces as possible from the state who are committed to the musical education of children. These include the churches, the parents’ representatives, the State Music Council, the spiritual and secular music societies and many other music institutions.
And so the Advisory Board today is made up of a total of 40 representatives of the parliamentary parliamentary groups, the Ministry of Culture, the Ministry of Social Affairs and Science, ecclesiastical institutions, the parents’ representatives, the music associations and founding members. Helmut Rau, Secretary of State for Cultural Affairs, chaired the Advisory Board of the Foundation in 2002. After being appointed Minister of Culture in 2005, Dr. Monika Stolz, then State Secretary in the Ministry of Education, the new chair. From 2013 to 2018, Christoph Palm, Managing Director of the Josef Wund Foundation and President of the State Music Association of Baden-Württemberg, was Chairman of the Advisory Board. In 2018 Matthias Hanke, State Church Music Director of the Evangelical State Church in Württemberg, took over the chair of the advisory board of the “Singing with Children” foundation.

The board of trustees

The original "Alliance for Singing with Children" consisted of numerous personalities. Not all took on tasks on the advisory board or the board of the foundation. How could you continue to involve them and do so motivate, to get involved in the future? State Secretary for Culture Rudolf Köberle proposed to set up a support group. Here, other personalities and institutions were able to contribute to and support the goal of the foundation. Former Minister Rudolf Köberle MdL for more than 12 years. In December 2015 he handed over the office to Tobias Wald MdL.

He is considered the spiritus rector and driving force for singing with children in Baden-Württemberg: Walter Pfohl. As a ministerial councilor at the Ministry of Culture, Youth and Sports, he was responsible for school music in Baden-Württemberg as a state music adviser. Walter Pfohl initiated the “Singing with Children” alliance and campaigned for the “Singing with Children” foundation. For many years he was the source of ideas and the engine for numerous projects – even after his retirement in 2008. From 2002 he was a cooptive board member until he retired from board work in 2013. To this day, he is involved in the support group of the “Singing with Children” foundation. The working group Music and Medicine, the foundation of the state midwifery choir, the publication of the song book "The Little Elephant", to name just a few projects, initiated and successfully implemented them.