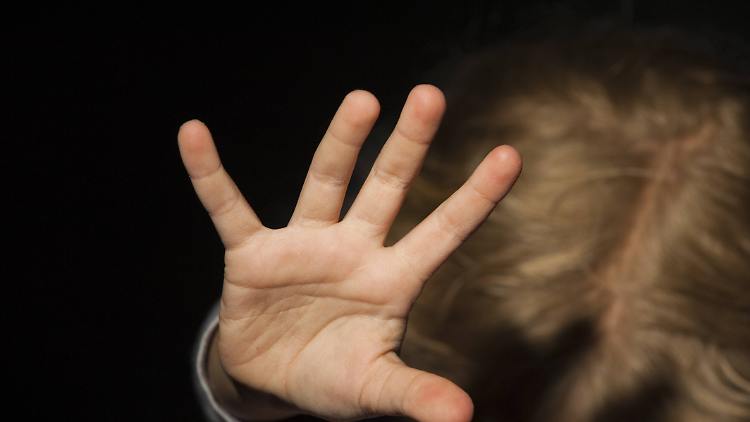 Beatings and ill-treatment are not tied to a specific shift.

In Germany, children have the right to a non-violent upbringing. Most parents find that right and important, but they don’t always stick to it. The experts in the child protection centers keep seeing incredible suffering.

The tension in the room is clearly noticeable. Hardly anyone says anything. The coordinator of the child protection outpatient clinic, Susanne Rother, and her colleagues are waiting for the next patient, a little boy. "You never know what’s coming", says Rother. Almost every day, she and her team examine injured girls and boys in the child protection outpatient clinic in the Vivantes Clinic in Berlin-Neukölln. The experts are trying to find out whether their parents are responsible for an injury.

Since 2000, children in Germany have had a statutory right to grow up without any physical or psychological punishment. On April 30th, the day for non-violent upbringing reminds that even the little pat on the bottom is prohibited. "Unfortunately, this has not yet reached everyone", says Sylvester von Bismarck, who heads the ambulance with Rainer Rossi and usually has to deal with significantly more serious cases. Parents who squeeze cigarettes on their buttocks to punish them for making them into the diaper and to clean them "raising". Parents who bite their children, beat them with belts, kick them, burn them on radiators or on stovetops. Children with bruises in unusual places. Von Bismarck has already experienced all of this.

The youth welfare offices and other institutions send about 150 children and their parents to the outpatient clinic in Neukölln every year. There are various other child protection centers nationwide. In Berlin-Neukölln, experts can safely say in every fifth case that injuries were inflicted. In 60 percent of the cases, the origin of the wounds remains unclear. A further 20 percent can relieve the parents. "Sometimes the parents can prove that the child with a serious head injury actually fell off the changing table", says Rossi.

There is violence in all classes. "Especially that’s high But risk where the stress is greatest", says von Bismarck with a view to families with little money, unemployment or single parents with several children. For most parents, parenting works on the whole. However, in situations where stress suddenly occurs, some parents know how to help themselves other than with blows. Especially if they had experienced violence as an effective method of education in their own childhood. "At a certain point, they can no longer do otherwise. It’s like a skip act", said the doctor.

Studies show that many parents are aware of the law of 2000 and that violence against young people is on the decline. But it is still there. Around three percent of Germans have already suffered severe physical abuse, a study by scientists led by Ulrich Fegert, the medical director of child and adolescent psychiatry at the University of Ulm, shows. Lighter physical punishments such as the famous pat on the bottom are much more common. About 45 Percent of parents still consider it an appropriate means of education, but significantly less than in 2005. There were 76 percent, as another study by Fegert shows.

"In the 1950s and 1960s, it was still quite normal to hit children", says Heidemarie Arnhold, CEO of the "Working Group on New Education". Today most parents want to raise their children differently than their parents and grandparents did. "Another question is whether they can keep it up in everyday life. Role models are sometimes missing", says Arnhold, who, among other things, publishes letters to parents with educational tips with her club. "The parents are insecure", confirms Danielle Graf, one of the authors of the blog and bestseller of the same name "The most wanted child of all time drives me crazy". The blog, which mainly deals with educational issues, has half a million hits a month, Graf said. Her readers were particularly interested in dealing with childish feelings, for example in phases of defiance. Physical violence was not an issue for her readership, since it was rejected. "Our readers are more concerned with how they can communicate with their children non-violently", says Graf. After all, words can also hurt children.

"Parents are under pressure these days. Many German mothers have Super Mothers Syndrome. There is a high degree of overwhelming in it", says Arnhold. But nobody is perfect. "Children try to cross borders. Parents have to accept that this is a normal process", she emphasizes. But it is also normal that you yourself reach your limits. For difficult situations with young people, she recommends: "Take a deep breath, get out of the situation and later, when you have calmed down, think about how to fix it together. The procedure can be done with children pull through from zero to 18."

The German Child Protection Association has been offering seminars across Germany for years to strengthen parents. "We work on the set screws where there is overload", says federal managing director Cordula Lasner-Tietze. In the seminars, parents are taught how they could ensure a quieter everyday life for the family. The concept is successful and ensures that stressful situations and thus violence are much less common.

Von Bismarck says that the parents who introduce their children to the Neuköllner Klinikum are usually interested in help. "You usually know that something is going wrong", said the doctor. Often, the parents entrusted themselves to the staff of the outpatient clinic rather than to the youth welfare office, said von Bismarck. The outpatient clinic builds the bridge to the office, since it finances and organizes the necessary help. "We don’t want to take the children out of their families. You want to stay at home, just not be beaten anymore."