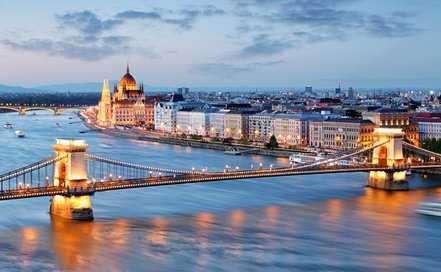 With dog on the way in Hungary

Dogs must be kept on a leash in public places in Hungary. In public transport dogs are officially required to muzzle. In addition, a pet liability insurance is generally recommended for owners of dogs.

Practical information for car entry: For the use of highways, a toll is charged in Hungary. Vignettes can be purchased at the border or at petrol stations and are valid for one week, one month or one year. The recording is done exclusively electronically. Travelers receive only a receipt when purchasing. Current prices at https://ematrica.nemzetiutdij.hu/ For motorists in Hungary, there is a zero per mille limit. Outside built-up areas, low beam must be switched on even in daylight.

The most popular holiday region in Hungary is the region around Lake Balaton. The inland water known as Lake Balaton is larger than Lake Constance and thus the largest lake in Central Europe. The so-called “Hungarian sea" is popular in the summer with beach vacationers, water sports enthusiasts and anglers. Summer water temperatures of 25 degrees are not uncommon.

The region is also interesting for hiking with a dog. For this reason, spring and autumn are even better suited due to the moderate temperatures as well as the greater peace at the lake and in the surrounding area. A special attraction for excursions is practicing for nature lovers, for example. the hilly north of Lake Balaton. The volcano Badacsony and the peninsula Tihany protrude far into Lake Balaton. In the north and west of the lake is also the Hungarian National Park Balaton Oberland. It covers an area on the north bank of the peninsula Tihany up to the south-west bank to the bog of the Kis-Balaton (small Balaton). By the way, dogs can be taken on a leash to the National Park. (Picture: View from Tihany peninsula across the lake)

Taking dogs is not a big problem in many areas of the lake. Various beach resorts in the places demand admission and often do not allow dogs. Many swimming spots on the lake are however freely accessible (pay attention to signs: “Szabadstrand” for “free beach”). But at least the bathing of dogs in Lake Balaton (and also in Lake Velence) is at least officially forbidden.

The busiest time of the summer is until late in the evening in the seaside resort of Siófok on the south bank. For families and revelers the 17 kilometer long beach and the nightlife may well be interesting. Dog beaches are not known to us here, but rather signs for dogs on the beach.

But in comparison, there are many quieter places on Lake Balaton. For example, Heviz, a few kilometers from Lake Balaton or further north the peninsula at Tihany with its two crater lakes. Tihany reaches far into Lake Balaton and divides it into a small northern and a larger southern part. There are also around the Lake Balaton also some larger holiday home settlements, where you can go on holiday with your dog and walk well on the lake or the surrounding area "hike" can.