Sun, sea and the vastness of the mudflats 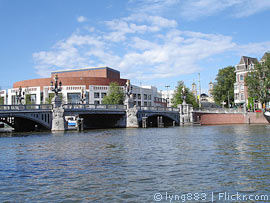 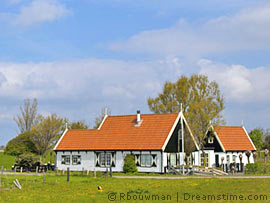 As a peninsula between the North Sea and the Ijsselmeer, North Holland is one of the twelve provinces in the Netherlands. Over half of the country in the north-west consists from areas that have been artificially drained, the so-called polders.

The west of North Holland is famous for its seaside resorts such as Egmond aan Zee, Bergen and Zandvoort. The east attracts with the historic cities of Enkhuizen, Hoorn, Medemblik, Edam and Monnickendam, the island of Marken and the fishing village of Volendam.

Top holiday destinations for North Holland with a dog

In Julianadorp, Den Helder, Groote Keeten, Egmond aan Zee and Callantsoog, dogs are also allowed on the beach, but must be kept on a leash during certain periods. You can find the regulations on the local pages of our portal.

Some beaches like that of Wijk aan Zee are taboo for dogs between May and September during the main visiting times – usually 9 a.m. to 7 p.m. Outside of these times allowed to but also to the beach. Please note the information on site. In the off-season it becomes very easy to take a dog to the beach, because then most beaches are released for four-legged friends.

The province of North Holland also includes the Texel region in the Wadden Sea, which belongs to the West Frisian Islands. The west coast of Texel faces the open sea, and the mudflat borders the east coast. The 23.7 km long and 9.6 km wide island of Texel is home to a diverse flora and fauna. In particular mudflats and seabirds, such as seagulls, oystercatchers and terns, find a home on the natural plains. The highest point on the island is the 15 meter high Hoge Berg. The approximately thirty kilometers long sandy beach is lined with a dune belt. The several kilometers wide dune and sand area "De Hors" is located on the southern tip of the island. Furthermore, numerous idyllic fishing villages invite you to stroll comfortably. Texel can be easily reached by a ferry that runs between the mainland and the island every hour during the holiday season.

North Holland has a well-designed network of cycling and hiking trails and can be easily explored on foot or by bike with a dog.

Furthermore, the vacationer is offered a rich cultural program, especially during the summer months. In this regard, it’s worth it also a detour to the two North Holland metropolises of Haarlem and Amsterdam. There are several museums in the two cities, as well as endless possibilities to have fun in one of the numerous locations day or night.

Our information about holidays with dogs in North Holland has been researched carefully. However, we cannot guarantee correctness, completeness and topicality.