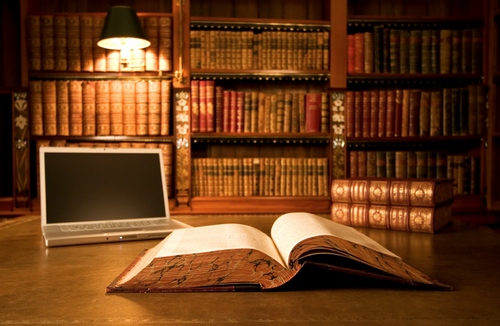 between in-laws and in-laws

Claims in relation to the in-laws for failure of marriage?

Signpost to the "in-laws"

I. Contributions by in-laws to the son-in-law

and their legal quality – when is there a claim for reimbursement?

Annotation : Since 2010, assets of the parents-in-law and their repayment in the case of failure of the relationship of the son-in-law with his own child, the BGH intensified. This is due to the decision of the Federal Court of Justice of 03.02.2010 – XII ZR 189/06 with which the previous case law on the benefits of in-laws was completely changed. Since then, the BGH regularly qualifies the donation to the son-in-law (as well as to his own child) as one -> gift, to the privileged starting assets of the son-in-law i.S.d. Section 1374 (2) BGH counts. But that’s not all: Although such gifts to the son-in-law are donations in the legal sense, claims for redress are not only recognized by the gift law (§ 528 BGB: recovery due to impoverishment, § 530 BGB: revocation of the gift because of serious misconduct or gross ingratitude). In addition to this, a claim for redemption or compensation for cancellation of the business basis (§ 313 BGB) is considered possible (keyword: legal principles for -> marriage-related care: in practice, the claim to the most frequent redress in this field). Also to a claim for redemption according to Enrichment Law (§ 812 Abs.1 S.2 2nd Old Civil Code: reversal because of missing the intended success) or contesting the gift because of -> malicious deception can be thought. Without wishing to go into detail here, the case law received considerable criticism. Because it breaks with some common thought principles: e.g. it is not considered outside the Schwiebelternproblematik it is permissible to derive claims for back claims under § 313 BGB (discontinuation of the business basis), if the grant can be assigned to a specific type of contract (in this case Schenkungsrecht). In principle, in such a case, the right to redemption is derived solely from the law-specific recovery instruments. For a claim from § 313 BGB then no space is granted. As I said: with the in-laws problem sees the BGH exceptionally differently. Despite considerable criticism in the literature, the BGH has maintained its position since 2010 in consistent case law. The legal-political goal, which stands behind it, is the strengthening of possible reimbursement claims of in-laws. Before the BGH case law from the year 2010, it was hardly possible to come to a compensation claim in favor of the in-laws. Since this is different since 2010, of course, cases are piling up, which are decided by the BGH on the basis of the new high court case law. On a selection thereof (without claim to completeness), it should be noted here:

All decisions of the BGH are based on the changed case law since 2010 and now deal with open follow-up questions and other facets of the recovery and compensation claim of the parents-in-law. Of course, the case-law principles are also flanked by the Higher Regional Court, which in turn have adapted their case law to the opinion of the Federal Court of Justice since 2010.

♦ When will a claim for reimbursement be made in favor of the parents-in-law??

1. For the determination of the beneficiary of a cash grant from the parents-in-law, in the absence of precise information, the details on the transfer slip, the nature and purpose of the beneficiary’s account and the intended use are decisive.

2. Marriage-related donations of the parents-in-law can be successfully reclaimed in accordance with the principles on the abolition of the business basis, if the financial situation existing after the failure of the marriage between the child and the son-in-law is unreasonable for the giving in-laws.

3. The deduction to be made in the context of § 313 BGB due to partial purpose is to be measured according to the so-called marriage expectancy of the donor. In view of the lifetime marriage, this expectation will regularly be based on the statistical life expectancy of the spouse at the time of the grant.

annotation Since the decision of the BGH in 2010, the donation of the parents-in-law is regarded as a gift in case of doubt. In addition to the right to redeem donations, claims for abolition of the business basis or the right to enrichment apply if at the same time a marriage-related allowance is to be assumed for the son-in-law. Whether this is the case must be determined separately for each individual case. When a donation "before related" is, you learn -> HERE . In general, the basic idea for the donation must be the arrangement of the marriage of (own) child and son-in-law in anticipation of the continuation of the marriage.

a) Donations from parents-in-law to their son-in-law to operate a real estate loan can only have their business basis in the permanent housing of their own child to the extent of the repayment portion. On the other hand, the interest portion covers costs of living expenses, which in principle do not entitle the holder to reclaim.
b) The extent of the purpose to be taken into account for the reimbursement claim for the use made until the marriage has failed.

The adjustment claim of § 313 BGB does not arise ad hoc with separation or divorce, but must first be asserted. This happens by having one spouse to the other after finding the final failure of the marriage Call for negotiations on the financial dispute.

The in-laws donated their property under the for the child law recognizable idea that the marriage continues and therefore the gift also benefits the own child permanently. In such a case, the failure may result in the donation being unwound. As a further requirement, however, must be added that a sticking to the gift for the in-laws unreasonable. Even if this is the case, usually only a compensation in money can be demanded. Only in rare exceptional cases will the contract amendment result in the returned item being returned. However, a refund of the gifted object triggers – in addition to the cases of short marriage duration – in return a fair compensation in cash. Such reimbursement may be considered for non-divisible items such as land or co-ownership, in particular if the in-laws reserved, as in the present case, a right of residence which is jeopardized by the failure of the marriage. The lower courts had assumed that such a retransfer claim barred was and was based on the regular limitation period of three years. That was wrong, because the contract adaptation of a property donation of in-laws, which is made due to disturbance of the business basis, is land based. Therefore, it is based on § 196 BGB, which for Claims for transfer of ownership on a property and the claims for consideration provide for a ten-year limitation period.

The longer the time span between the in-laws and the divorcee of the child’s marriage with the son-in-law, the more the idea of ​​the fulfillment of the gift comes to the fore. This ultimately leads to continuous "depreciation" of -> Restitution claim. In other words, even if all the eligibility requirements for a -> Claim according to § 313 BGB as a result, less or nothing will come out if the in-laws of the parents-in-law are too long ago. This circumstance carries a high liability risk for lawyers claiming reimbursement claims in favor of in-laws. On the risks of claim reduction due "claim depreciation" must be pointed out. Whether and how the depreciation problem can be dealt with is explained Thomas Sir, in -> NZFam 2015, 1033.

(Quote, margin 28) "To what extent in the given framework a contract adjustment and release is owed, is further influenced by the extent to which have become the basis of business ideas of the in-laws turned over (Senate judgments BGHZ 184, 190 = FamRZ 2010, 958 Rn. 59 and 28 October 1998 XII ZR 255/96 FamRZ 1999, 365, 367 each in mWN). It is important to remember what the parents-in-law were entitled to expect in good faith for the recipient. On the other hand, in particular for real estate without concrete indications, no general time limit can be stated with which the useful life presented has expired."

Annotation: Regarding the conception of the marriage, which has significance for the depreciation of the restitution claim, is discussed in case law and literature, given the divorce rate of 40% of the claim for reimbursement after an average marriage of 10 years to zero "depreciated" is (so z. OLG Stuttgart, Decision of 23.02.2012 – 16 UF 249/11, FamRZ 2012, 1595). The BGH opposes a general time limit for the period of marriage (ie depreciation period) and considers the ideal model of lifelong marriage as the framework for the depreciation period. In its decision of 26.11.2014, the BGH continues to address the different views on this problem area under Rn 28.