More and more schools are taking care of vocational training and the integration of pupils with disabilities. The Federal Foreign Office has now awarded German schools abroad for their innovative projects. 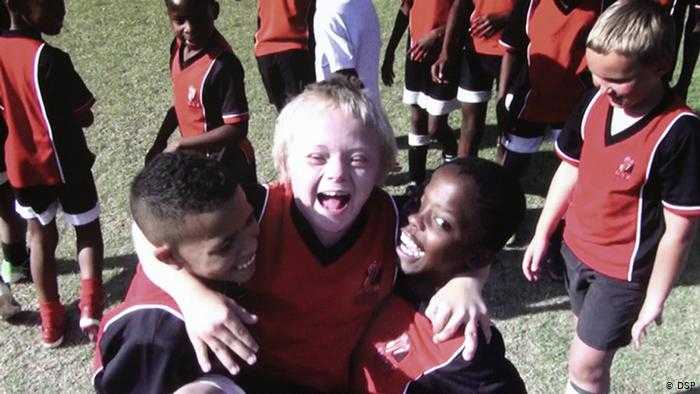 Julian has been at the German School in Pretoria for five years. He is the favourite of all teachers and his classmates may not miss him. “The fact that we accepted Julian at our school was a complete success,” says headmaster Norbert Klevenz. Julian is a child with disabilities, he has the so-called “Down Syndrome”. When the boy came to school, the word “inclusion” suddenly appeared in the room. How do you integrate a child into a class who has other learning needs than his classmates? “Back when we took in Julian, we didn’t have any teachers trained in this respect. We just wanted to help,” says Klevenz.

Living and learning together

The school used the story of Julian in a film to present its – now advanced – inclusion work and submit it to the German Foreign Office for the International School Award. Seven innovative projects were awarded this year at the conference of the heads of German schools abroad. The topics were inclusion and vocational promotion at German schools abroad. The second prize was awarded by the Federal Foreign Office for the inclusion work of the “Deutsche Schule Pretoria”. Not least because parents, teachers and pupils at this school are jointly considering how best to integrate pupils with disabilities.

The work with all participants is also important to Sybille Rohrmann. She is the director of the German branch at the “Escola Alema Corcovado”, the German School Rio de Janeiro, which won first prize for its inclusion work. For a long time, people here have tried to catch pupils with learning difficulties. In Brazil, however, there has also been an inclusion law since 2006 that obliges schools to create framework conditions for teaching disabled children. The German School has therefore set up an inclusion office. “We have three special educators who can make diagnoses early on, coordinate teachers’ training needs and adapt curricula accordingly,” explains Sybille Rohrmann.

There are now 140 privately run German schools abroad in 71 countries on all continents. They teach not only pupils of German descent, but also local pupils without a connection to Germany. In addition, there are 1100 schools offering the German language diploma. This is about more than just teaching the German language. In addition to inclusion, a major task of the schools is increasingly vocational training. There is a shortage of skilled workers in Germany. Schools abroad should therefore also interest their pupils in their careers and studies in Germany.

It’s not exactly easy in Argentina. The young graduates are very close to their families. “They are also very convinced of their country, so why should they go to Germany?” says Agaton Nachtigall, head of the vocational training centre in Buenos Aires. Last year, seven students from the “Deutsche Schule Instituto Ballester” in Buenos Aires were placed in Germany for training or studies. “This is a great success for us,” says Agaton Nachtigall. The idea was not to entice the students away permanently, but to let them get a taste of German companies for a few months in exchange. 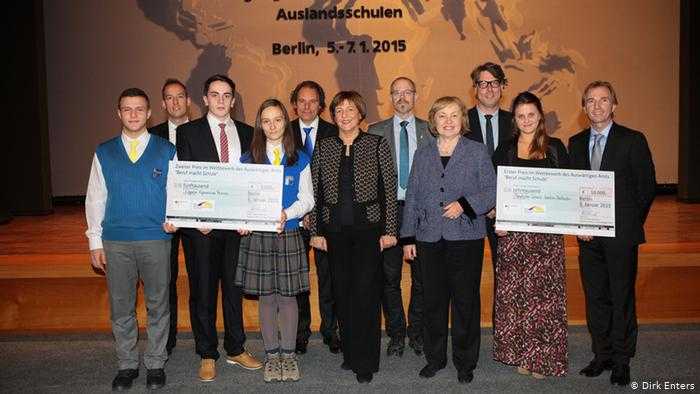 A career goes to school

The first prize was awarded for the concept of the school with its own vocational training centre. After completing their regular schooling, the students can follow a dual apprenticeship, also in cooperation with German companies based in Argentina. The vocational school is part of the German School and offers three apprenticeships in the commercial sector. “Our task is to familiarize the students with the dual training system, to advise them and to motivate them,” says vocational school teacher Nachtigall.

At the Loyola-Gymnasium in Prizren, Kosovo, it is not a problem to win pupils for vocational training or studies in Germany. The local school offers the German language diploma and has a good reputation. Nevertheless, school leavers often do not find suitable training opportunities on the Albanian labour market. “There are few companies that offer mechanical engineering or technical training. That’s why there is a lot of theory and little practice in studying,” says Julian, who was one of the few students to take part in the award ceremony. After all, his school received the second prize for its vocational training.

In Germany, engineers are being sought and training in technical professions is not a problem either. Especially structurally weak regions such as East-Westphalia or Saxony are therefore looking for trainees from abroad. This is exactly where the Loyola-Gymnasium training initiative comes in. There has long been a cooperation with the wire weaving company Haver & Boecker from Oelde in Westphalia, where Julian has also been learning industrial mechanics for two years.

The training initiative of the language diploma school has been continuously expanded in recent years. Training manager Richard Purschwitz sees the growing success: “More and more companies are jumping on the bandwagon. Word has got around that the students are good.” The motivation of the young professionals is high. “Anyone who is invited to do an internship in a company in Germany already has their training place as good as in their pocket,” says Purschwitz. The best also have a place at the Fachhochschule Südwestfalen, where Leonit has now started a dual course of study. “A classmate is almost finished with his studies and can work for subsidiaries in Canada and the USA,” he enthuses, hoping of course that Germany will open the door to the wide world for him.