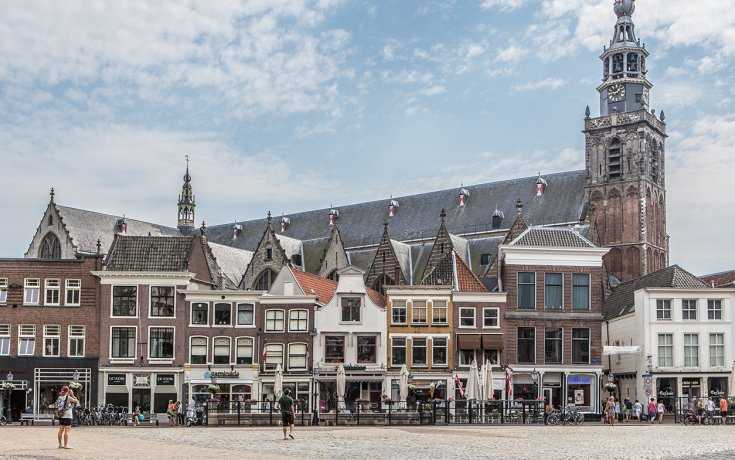 You’ve probably heard of Gouda before, even if you’ve never been to Holland. The city of Gouda owes its worldwide reputation to the cheese of the same name. The historic old town is well worth a visit. 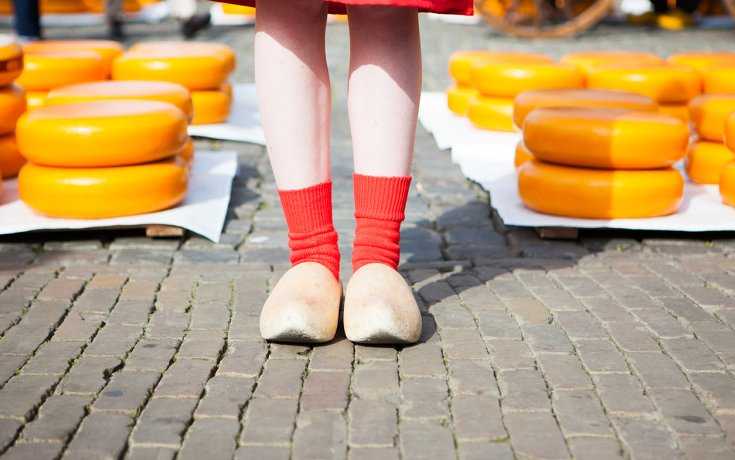 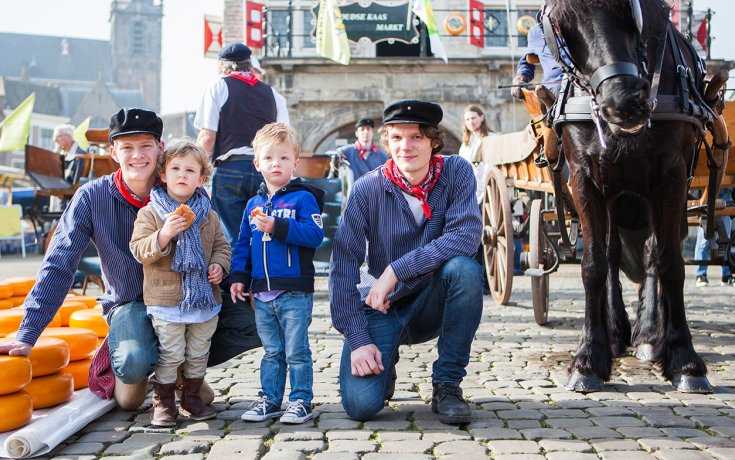 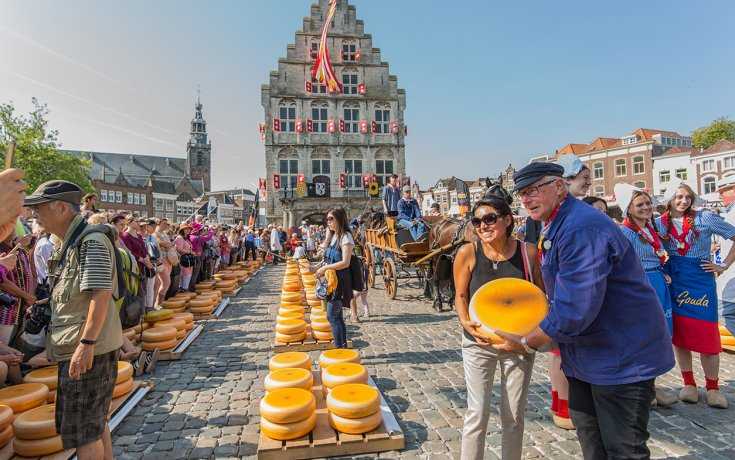 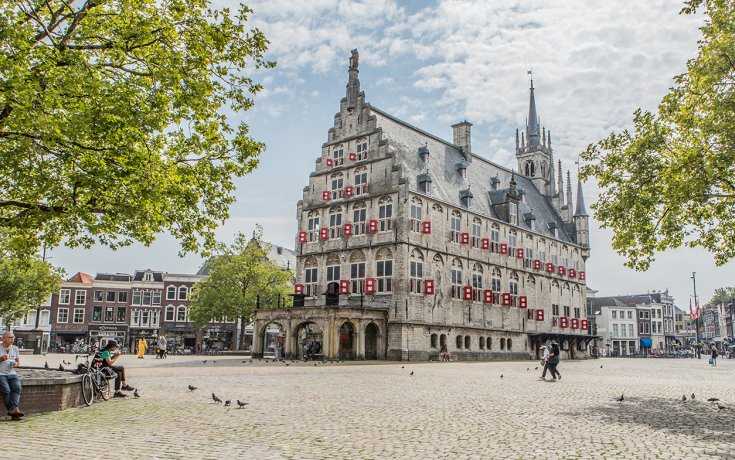 In addition to cheese, Gouda also has other products known beyond its borders, such as candles, various types of beer and delicious syrup wafers (stroopwafels).

Gouda cheese probably knows every child. And indeed, the historic town gave its name to the famous cheese. Gouda cheese accounts for around 60% of Dutch cheese production, with the cheese being produced in the surrounding countryside rather than in the town itself. If you visit Gouda in spring and summer, you will experience the traditional cheese market in full swing. In the market square between the Waag (Waaghaus) and the town hall, cheese is traded almost exactly as it was several centuries ago. By the way: The town hall (stadhuis) is one of the oldest gothic town halls in Holland and definitely worth a few photos. Opposite the Stadhuis is the Goudse Waag. In the historical building from the 17th century, the world-famous Gouda cheese was weighed in former times. Today, besides the tourist information, the cheese and crafts museum is housed here. Especially in combination with a visit to the cheese market (on the central square in front of the town hall) on Thursday, the museum visit gives an informative insight into the significance of Gouda as a cheese town.

Sights and activities in Gouda

Other highlights include the Gouda Museum, nicknamed the “Gouda Treasury”. In the historic museum building, which once housed arms and sick people, you can see artillery pieces, faiences and paintings from the 17th to 19th centuries.

Above the old town of Goudas towers the huge St. Jans Church, which at 123 metres is one of the longest and also one of the most beautiful churches in the Netherlands. It is particularly famous for its Gouda stained glass windows, most of which were made during the Middle Ages and the Renaissance. Especially on sunny days, when the light falls through the coloured glass, a visit to the church is a magical experience.

The De Roode Leeuw grain mill also has a few centuries on its back – built in 1727, it is one of the oldest mills in Holland. And it is still functional! You can buy flour from Gouda in a shop next to the mill.

A walk through Gouda

Old times come to life as you stroll along the canals, alleys and medieval houses. The cheese market takes place in the centre on Thursdays. In addition to the cheese market, Gouda also hosts another fascinating event: Gouda by candlelight. Once a year, on a December evening, electric lighting is turned off throughout Gouda and the city shines in the light of thousands of candles. Be there and sing the Christmas carols in front of the town hall, which is lit with 2500 candles.

So historic Gouda seems – in the old buildings you will find modern and even hip shops. Wilhelminastraat, Naaierstraat, Tiendeweg and Nieuwehaven invite you to go shopping. For eating and drinking you go to the market, where restaurants and cafés have settled at the foot of the historic town hall. In the truest sense of the word a ray of hope among the restaurants is the Lichtfabriek: In a former energy centre in the city centre of Gouda (Hoge Gouwe 189) wines and dishes of the season are served today. For dessert, you should definitely get a warm syrup waffle (stroopwafel), a typical Gouda delicacy, from the stand at Agnietenstraat 2 (downtown)!

Excursions in the surrounding area

About 30 kilometres from Gouda lies the traditional city of The Hague, which is not only the seat of the government but also of the royal family. Follow in the footsteps of the House of Orange-Nassau and then relax in one of the many beautiful restaurants. Also worth seeing and full of history and traditions are the venerable university town of Leiden with its canals, drawbridges and the large windmill, and the – somewhat smaller – town of Delft, where you can stock up on the beautiful ceramics in Delft blue.

Since everything in Holland is very close to each other and the local transport network is well developed, all Dutch cities can be visited very well by train. Rotterdam can also be reached by train in less than half an hour. By the way, the station there is one of the most spectacular modern buildings in the Netherlands. But not only cities, but also areas close to nature like the “green heart” of Holland can be easily and comfortably reached by train.

Are you looking for a hip designer hotel, a romantic Bed & Breakfast or a cosy holiday apartment for your family? In Gouda you will find a suitable accommodation for every taste and every budget. Take a look at the extensive offer and book your ideal holiday here! Our tip: In the middle of the old town there are very pretty Bed & Breakfasts in historic buildings.