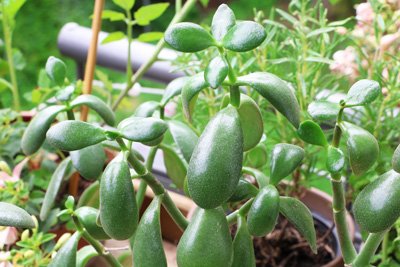 No, it is not – as far as one can say that against the background of the famous Paracelsus saying "The amount makes the poison"; after all, you can die if you drink too much water. The components of the penny tree may be irritating, as has been proven for some of its relatives, and you should definitely not feed money trees (especially freshly bought, possibly pesticide-impregnated); but playing with the leaves should not kill a toddler / pet even if it degenerates into snacking or nibbling. Here is a brief overview of the known facts.

Examination of the thick leaf family

The toxic ingredients of the money tree do not exist, at least not for humans, dogs, cats and other known mammals kept by humans in the domestic community.

According to the information center against poisoning at the University Clinic Bonn, the thick leaf species Crassula arborescens and Crassula portulacea sold as a penny tree can be classified as non-toxic to slightly toxic. In addition to the thick leaf species, this should also apply to numerous Sedum species such as the stonecrop and Kalanchoe species such as the Flammende Käthchen, with which the Bonn Poison Center deals with the Germans’ favorite thick leaf plants on one page. 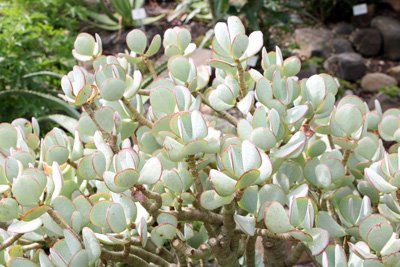 Since "non-toxic to slightly toxic" is no indication that calms worried mothers, it is explained in more detail: "The plant parts of most thick leaf plants are not or hardly poisonous. Some of the South African thick leaf plants (genus Cotyledon, also individual Kalanchoe species) seem to cause nervous and muscular symptoms with repeated consumption. "

First of all, it should be noted that the money tree for the scientists at the information center against poisoning is “off the hook”, it is not a cotyledon or a kalanchoe, but belongs to another genus of thick leaf plants.

This genus of thick leaf plants, the crassula or thick leaves, does not only produce a penny tree (more on this in the next section), but they are not all toxic. This is missing from the German list of poisonous plants whole Genus Crassula; DIN 18034 on the safe planting of playgrounds ("Playgrounds and open spaces for playing – requirements and information for planning and operation"; Berlin Beuth-Verlag 1999) excludes only 4 poisonous plants from planting in play areas: laburnum, pomegranate cones, and silk bast , Holly; all not even remotely related to the money tree.

In the database of the Institute for Veterinary Pharmacology and Toxicology Zurich, Switzerland, the most famous money tree with botanical names "Crassula ovata" is listed as a "presumably non-toxic plant" because there is no evidence of potential toxicity in the entire scientific literature.

In addition, those responsible at the Institute for Veterinary Pharmacology and Toxicology rightly point out that the money tree is not suitable as feed. Pets can react with all kinds of digestive problems or intolerance if they are given completely unfamiliar food. We’ll take a closer look at the keyword incompatibilities (because money trees and their kind already have effective ingredients). Now money trees are sorted:

The best known money tree is botanically called Crassula ovata (or synonymously C. portulacea, C. argentea, C. obliqua) and is a species from the genus Thick Leaf (Crassula) of the family of the thick leaf family.

In addition to the genus Sedum, the thick leaves are the most species-rich genus in the family of thick leaf plants (Crassulaceae). It is therefore not surprising that "Crassula ovata" is not the only plant that is sold as a money tree or a penny tree. As the above-mentioned entry in the database of the Uni-Klinik Bonn suggests, various types of thick leaves are offered as penny trees. There are listed Crassula arborescens, the money tree with the leaves bordered in red, and Crassula portulacea, synonymous with the normal money tree Crassula ovata (which can also have reddish leaf edges), plus a few cultivars:

If the lucky charm moved in with you without a scientific name and you would like to be safe, you can usually already assign it based on the description and the pictures. However, we live in a global world and these were only the best known breeds. Since Crassulae happily form variants when grown, there are Crassula ovata + arborescens in various other forms – and there are enough other species among the 285 known representatives of this genus, which can be marketed in future as a penny tree in foreign habitats. Wouldn’t the only cm-sized Crassula orbicularis be a great candidate for the world’s first dwarf penny tree??

As I said, the crassulae are all considered non-toxic. The variety and variety of thick leaves and the information above that representatives of closely related genera should cause nervous and muscular symptoms when consumed repeatedly is certainly a reason for suspicious natures to get a little closer to the "non-toxic to slightly toxic" ingredients to deal with, which can be found in this plant family:

Ingredients of the thick leaf plants 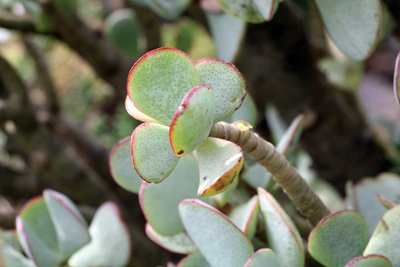 Crassula ovata is not only used by us and not only as a houseplant. In his homeland, the money tree is one of the “floral elements of the capensis”, that is to say the plants that like to grow frequently at the Cape of Good Hope; there, however, as a shrub up to 3 meters high with an equally impressive size.

This shows today’s money tree owners that the plant contains ingredients that act on the human organism. Possibly even dangerous if these ingredients can even kill warts? 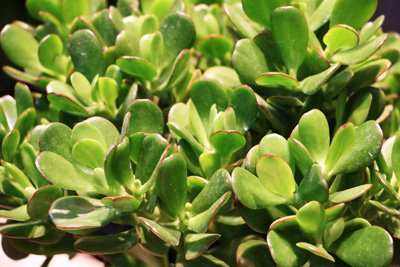 No ingredient information is publicly available for the most famous money tree Crassula ovata. However, it must have been analyzed in more detail because it is listed as Crassula argentea (remember, one of the synonyms) in the INCI list. INCI is the "international nomenclature of Cosmetic ingredients", the international directory of cosmetic ingredients. In the information list of a US platform for perfumers, the "crassula argentea leaf extract" (extract from the leaves) is listed as a cosmetic component for hair conditioning. This proves that the money tree is harmless to human health if its ingredients appear in cosmetics in the maximum permitted amount. Because our cosmetics legislation stipulates that cosmetics must be safe for consumers if they are intended, which is checked for each new product as part of a safety assessment.

The “low toxicity” of the Crassula relatives mentioned by the University Clinic Bonn (also located on the Cape) is due to organic acids that are contained in the leaves in low concentrations: malic acid and isocitric acid (same chemical compound but different form than our well-known citric acid). Both very common substances, malic acid is found for. B. in apples, quinces, grapes and gooseberries, isocitric acid occurs in apples, pears, raspberries, blackberries and currants. That is why the information center against poisoning also states: "Critical dose unknown" – apple allergy sufferers react to the smallest amounts of malic acid, people who are generally sensitive to acid can experience difficulties with isocitric acid in a handful of blackberries. 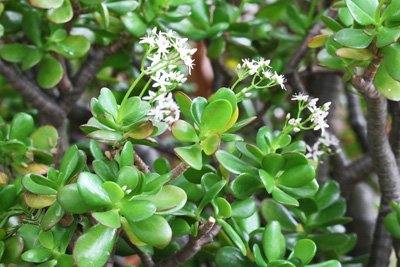 Only a chemist who analyzes Crassula ovata often can tell you whether it is really the same acids that cause warts to fall off through money tree leaves. But from the fact that these acids are the only potentially problematic substances that can be found in the entire literature on Crassula and Co., you can certainly draw a certainty: Feeding money trees would not be a good idea, but more than a small one skin– or stomach irritation is not to be feared even in the most sensitive baby or pet if they try to bite a leaf from the money tree.

With money trees purchased in the market, however, there are completely different risks of poisoning: In contrast to wild plants, green plants can be treated in conventional trade with a whole range of man-made chemicals: fertilizers and pesticides, leaf waxes and growth inhibitors; all the stuff that has been spreading on our fruits and vegetables for more than half a century and has meanwhile caused so many environmental diseases and intolerances that the call for an agricultural reform "back to nature" is getting louder and louder.

Conclusion
The money tree Crassula ovata, like its relatives in its natural form, does not contain any toxins (in the sense of arsenic, strychnine, etc.), but only a few organic acids that could cause complaints in sensitive people. The potential critical crop protection and plant care products it contains depend largely on your source of purchase; The shorter the purchase of the money tree, the sooner you should keep small children and pets away from the plant.