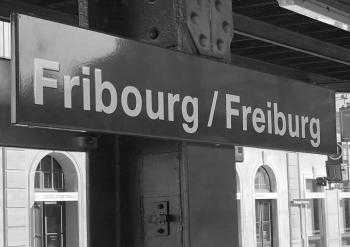 Grand Councillor Markus Bapst has submitted his resignation with effect from the end of October 2019.

Pursuant to the Regulation of 5 June 2018 on support for initiatives to promote bilingualism, the State Chancellery provides financial assistance.

Milk is the livelihood of all mammals. Produced elaborately by females and administered to the young.

The Office of Culture announces a mobility grant for artistic creation. The application.

The Grand Council of the Canton of Fribourg is the supreme authority of the canton and exercises legislative power. It consists of 110 members who .

The State Council is the executive authority in the canton and directs the administration and politics in the canton. The seven members of the Council of State form the .

The judiciary (the judiciary) comprises all instances that deal with jurisdiction in the Canton of Fribourg: Courts, public prosecutor’s offices, peace courts, .

The Directorate of Education, Culture and Sport (EKSD) is responsible for the teaching of elementary schools, special schools, grammar schools and technical secondary schools.

The Security and Justice Directorate (SJD) mainly ensures public order and the security of the population, control .

The Directorate of Institutions and Agriculture and Forestry (ILFD) performs tasks in the field of institutions (constitution, relations, etc.).

The Department of Economic Affairs (VWD) is responsible for economic development in the canton. Its task is to promote economic dynamism, including .

The Directorate for Health and Social Affairs (GSD) creates the framework conditions for ensuring good physical and mental health.

The Directorate of Finance (FIND) ensures, through its services, the efficient use of State resources, in particular financial, human resources, etc., in order to ensure the efficient management of public funds.

The Spatial Planning, Environment and Construction Directorate (RUBD), through its offices, ensures responsible spatial development, mobility and an appropriate .

The State Chancellery (SK) manages the Secretariat of the Council of State, organizes its events and is responsible for informing the public.

Jean-Pierre Siggen, President of the Council of State

Jean-Pierre Siggen graduated from primary school and orientation school in Sion. He then attended La Planta and Creusets high schools. He continued his education at the University of Lausanne, where he obtained a law degree (1986) and a economics degree (1989).

From 1989 to 1997 he was Employers’ Secretary and then Deputy Director of the Swiss Trade Association (SGV). He is active in the following areas: external relations (EFTA, IGU), borders/customs, WTO, European Union, public procurement, social security (AHV, IV, BVG, KVG, ALV), public health, the secretariat of the Swiss Association of Liberal Professions. He is also editor of the Swiss business newspaper.

This is also the moment when he joins the CVP, which can make good use of his economic and social competences in various commissions. He joined the Federal Administration in 1997. He is rapporteur for economic and social affairs on the advisory staff of Federal Councillor Cotti. He then worked for Federal Councillor Deiss from 1999 to 2000. From 2000 to 2013 he was Director of the Fribourg Employers’ Confederation and from 2007 to 2013 Deputy Secretary General of the Fédération des Entreprises de Suisse romande.

Jean-Pierre Siggen joined public policy in 2005, taking over the chairmanship of the CVP of the city of Fribourg, which he held until 2010. He was Vice-President of the cantonal CVP from 2005-2006. He was elected to the General Council of the Fribourg capital in 2006, but relinquished his mandate in 2006 in favour of moving into the Grand Council. In 2006 he was also a candidate for the State Council, but Georges Godel occupied the third CVP seat on the State Council. In 2009, Jean-Pierre Siggen will become parliamentary party leader of the CVP in the Grand Council, a mandate he will exercise until his election to the Council of State in 2013.

Following the resignation of State Councillor Isabelle Chassot, Jean-Pierre Siggen, supported by the CVP, FDP and SVP, is sent into the race against the candidacy of National Councillor Jean-François Steiert. Jean-Pierre Siggen narrowly prevailed. He is elected first in 2016.

At the moment, when Jean-Pierre Siggen joins it in 2013, the Directorate of Education is in the process of changing the laws governing all levels of education. And so it is that the new Council of State must represent and defend the stately Education Act (compulsory education), the University Act, the Law on Special Education, the Law on Upper Secondary Education (grammar schools). It must also reform the PH within the framework of the Swiss higher education landscape.

The major projects of the legislative period also involve the preparation of the digitisation of the school sector. The Federal Court’s decision to involve parents in school camps and other school activities leads to the reorganization of teaching material for the years 2020/2021. The Directorate also deals with the cantonal institutions for culture, archaeology and cultural assets. As part of the “Culture and School” programme, it organises contacts between school classes and cultural operators. The Directorate also deals with sport and helps the municipalities with subsidies to build larger infrastructure buildings (swimming pools, ice rinks).

Major construction projects are also in the planning stage: the cantonal library, which has been approved by the population, and the university project near the Thierry Tower.

Jean-Pierre Siggen enjoys reading and hiking in his free time.

Directorships and mandates accepted until 2013