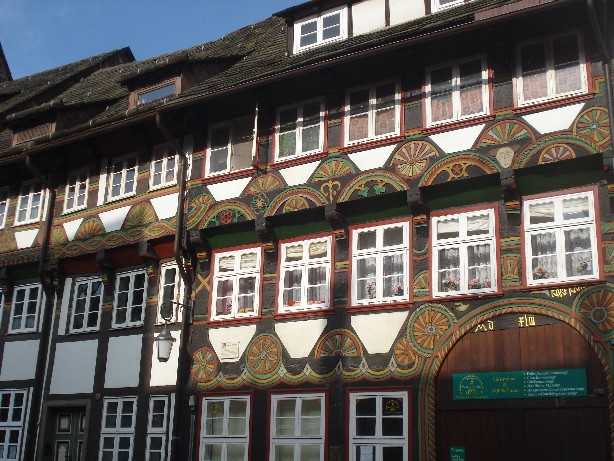 Usually there are excursion tips for Schaumburg and the surrounding area on Fridays. However, there are good reasons why I classify our trip to Einbeck in southern Lower Saxony in the category “home travel”: Not the sights of the pretty half-timbered town were in focus for us, but the journey into Grandpa’s past. One day my daddy showed me and the boys where he came from. Exciting, and quite suitable for copying!

It all started with Janis writing an essay about cows. He wrote that they give milk, that they eat grass, and that they are mostly black and white spotted. But the site was not full yet. “What else could I write?” He asked me. “Hm,” I said. “Just write … how a cow feels. The tongue, for example, how does a cow tongue feel? “Janis looked at me dumbfounded. “How should I know that?” He asked perplexed. That’s when I realized how different the childhood of my boys is in this point. When my grandma was still alive, we often went to the small village in her home, where she lived on the farm that my father’s younger brother had taken over. I know with what pressure a calf squeezes its finger if you’re not careful, and how fluffy soft the feathers of little geese are. I know the feeling of threshing grain, the scratching of a freshly mown stubble at the ankles, the smell of silage and hay, and the indescribable pleasure of building a straw castle behind the grain. It’s all foreign to my boys. My grandma died one year before Janis was born, and since her funeral there has never been a reason to visit the farm again.

I tell my dad. “Let’s just go there,” he says. “Is not a problem at all.” And so we put on the next opportunity a “grandfather’s day”. The journey takes one and a half hours. Finally time again for extensive discussions. We live in the same house, but in everyday life there is not enough time left for such a thing. Grandpa tells of earlier. The boys in the back seats bar their ears. I, too, amazed. I thought I knew well about my father‘s career. But when he tells me the story in one go, I learn a lot of new things.

In Einbeck we park in a side street and make our way to lunch at Grandpa’s favorite Greeks. “This is where the Neustädter Kirche used to be,” he says, pointing to a site that now houses a 1960s-era building. The sacred building was demolished in 1963 due to dilapidation. Next door was the bus stop where the village children got off when they attended high school. “And behind the wall there was always our rope ready to banish,” says grandfather, referring to the tradition of the roadside shop with newlywed brides and grooms. When children held them up with a rope pulled across the street, the bride and groom bought themselves sweets or a few coins. Practically, if you are sitting there almost directly at the source. 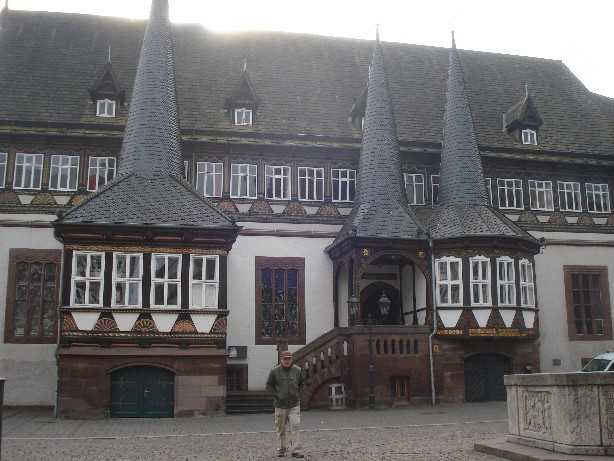 After the meal we stroll through the market square. I remember dark Christmas markets and a trip to the toy store with my grandma. On the other hand, I have obviously never noticed the Old Town Hall with the funny towers. The boys are romping around the fountain. Grandpa shows us the house where he learned in the late sixties. “And here I have always parked my moped,” he says, pointing in the shadow of the Marktkirche. “You had a moped? “marvels Janis, and the respect for his grandfather grows spontaneously considerable. Look at. I did not know that either. 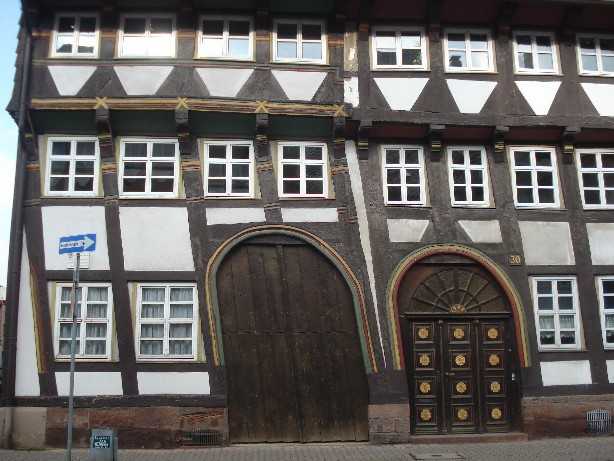 A little bit crooked … but very charming: the houses in Tiedexer Straße, one of the largest closed half-timbered trains in Germany. (Slightly askew but charmingly so: the half-timbered houses of Tiedexer Strasse in Einbeck all date back to the 16th century.)

We walk along the Tiedexer Straße, which is built on the basis of half-timbered houses from the 16th century. The houses, which had a brewing right, can be recognized by a large archway, through which the brewing bucket could be carried in and out, grandfather tells us. “That’s almost all! So much beer! “The children are impressed. Of course Grandpa also has a lot of Schwank from his youth in stock, in which the Einbecker brewery and their products play a major role, but fortunately he does not tell today. 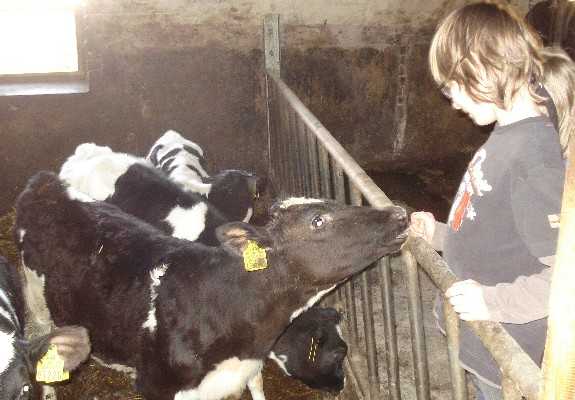 So feels like a cow tongue. (So ​​this is how the tongue of a cow feels.)

Historically, the city between Göttingen, Hildesheim and Harz has always been the center of the surrounding villages. Many are now incorporated as hamlets, although they still visually as independent collections of farms and housing estates come along, clearly marked by agriculture. We head for one of these farms: the house where grandpa grew up. Much still looks exactly like it used to. The boys enthusiastically make the acquaintance of the calves and bullets over the bales of straw (which today are big and round and are no longer quite suitable for the construction of straw castles). You may give the cows a little shot. But when they realize how characteristic their tongues are, they do flinch and confine themselves to serving the snack in the gutter. They learn the difference between corn shred and beet pulp, examine the udders of the most powerful dairy cows, and when they start milking, they have a hundred questions about the technique of the plant. “That’s sooo cool,” silas shouts as I pass, before he climbs to the cornfield with my cousin to shred. 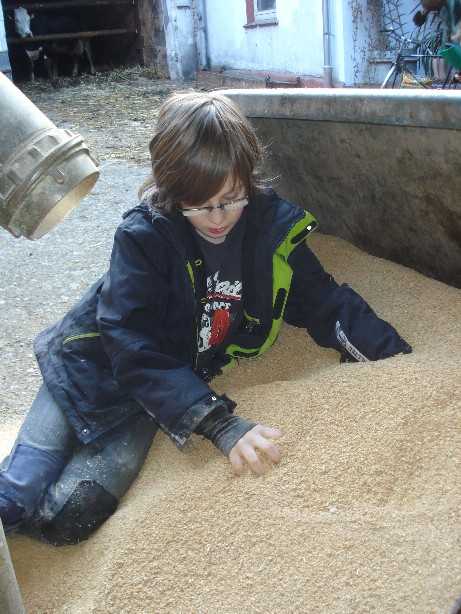 When freshly ground soybean meal runs through your fingers, this is a very special feeling that every farm child knows. (Janis tests how soy soy groats feel.)

After feeding and milking are done, we make our way home. “That was really a great trip,” judges Janis, and everyone agrees. The children were the animals and the whole process on the farm undeniable climax. I was fascinated by the trip as a journey into childhood – and above all as a journey into my father’s past. It’s great and so enlightening to explore, so to speak, directly on the object the lived history of a person that you actually think you know well. I am glad to have taken this opportunity as long as my dad is still well enough to walk around to show us everything himself.