Two builders of the other modern age

Archives for architecture
in Adambräu, level 6

They have been since 2005 aut and the Archives for architecture from the University of Innsbruck in the brewhouse of the former Adambräu, which has become a "house of architecture". Now, for the first time, an exhibition conceived jointly by both institutions can be seen, centered around the photographer, architect and designer living in Munich Klaus Kinold (born 1939), who plays a special role in contemporary architectural photography.

Klaus Kinold studied architecture with Egon Eiermann in Karlsruhe in the 1960s. He had always been interested in photography, he had self-taught acquisition and darkroom technology and quickly became the official "house photographer" at the Rudolf Büchner chair. a. He photographed models and buildings of his professors. From his teacher and mentor Egon Eiermann he learned the clear and sober penetration of architectural problems as well as the precision of the design, which he subsequently transferred to his photographs.

What distinguishes his work as an architectural photographer is his comprehensive understanding of a building that he acquired through his training as an architect. Before he starts taking photographs, he deals intensively with the building, adopts the building in its architectural structure and with all details, and looks for the points of view from which the architectural concept can best be grasped. Because he is concerned with photographically reproducing a building in such a way that the architect’s core idea becomes apparent. In the sense of an intermediary, he converts the aesthetics, construction and materiality of a building into – preferably black and white – images of distant objectivity. Because as poetic as his work may be: Klaus Kinold insists that architectural photography is an area of ​​factual documentation and not of artistic interpretation. Therefore, his motto is "I want to show architecture as it is".

Over the decades, Klaus Kinold has photographed numerous works by important architects for publications, including a. by Alvar Aalto, Tadao Ando, ​​Heinz Bienefeld, Dominikus Böhm, Walter Gropius, Herman Hertzberger, Herzog & de Meuron, Le Corbusier, Richard Meier, Ludwig Mies van der Rohe, Carlo Scarpa, Karljosef Schattner, Álvaro Siza and Peter Zumthor. Above all, he documented post-war modernism in Germany and, with his photographs, played a key role in determining the reception of these buildings. In addition, he was the editor and designer of several periodicals such as "KS Neues", "Bauen im Beton" and "MODUL" for many years..

The Archives for architecture offers an insight into this extensive work by Klaus Kinold. Free works are shown, some of the publications illustrated with his photographs, the periodicals he designed, and books that were biographically designed for him for conceptual and design reasons importance are.

The focus of the exhibition at aut are two architects who play a central role in Klaus Kinold’s oeuvre: Hans Döllgast and Rudolf Schwarz. Fascinated by their materially restrained architecture, which is strongly oriented towards space and atmosphere, Kinold devoted himself from the early 1980s to the work of these two “builders of the other modern age” out of empathy, who – contrary to the representatives of the so-called “radical modern age” – united reluctant and in a sense pursued a "conservative" approach, based primarily on the experience of bombed out Germany and the the shortage economy at the time.

Hans Döllgast (1891 – 1974) studied architecture at the Technical University in Munich at the beginning of the 20th century and worked for Richard Riemerschmid and Peter Behrens, whom he regarded as his most important teachers. In addition to many years of teaching at the Technical University of Munich, Hans Döllgast made a name for himself before the Second World War by building new churches and planning the Neuhausen settlement in Munich. However, he remained an outsider of modern architecture throughout his life, who described his work as "a mixture of undisputed avant-garde and reserved rearguard". His most important achievements are the "creative restorations" of war-torn buildings in Munich after 1945, with which he inscribed himself in the history of architecture: the Basilica of St. Boniface, the large cemeteries and in particular the Alte Pinakothek, where he used simple means to repair the wounds of the war on the building "healed" so that functionality was guaranteed without losing the fatal story and memory of it.

Rudolf Schwarz (1897 – 1961), who u. a. Studied with Hans Poelzig, was one of the critical pioneers of new construction in the interwar period. a. also member of the board of the German Werkbund. Since his studies, he has been particularly interested in church building. In the 1930s, for example, he developed the typological foundations for a liturgical renewal of the church, which he published in his book “Vom Bau der Kirche” in 1938. Before and after the Second World War, he planned numerous churches throughout Germany, spatially fascinating and atmospheric buildings that impress with their sacrality and impressively convey how "modern" churches can generate emotions. In addition, Rudolf Schwarz was responsible as general planner for the reconstruction of war-torn Cologne.

The exhibition offers An insight into the subtle and again relevant work by Hans Döllgast and Rudolf Schwarz, primarily through photographs by Klaus Kinold, but also through publications by and about the two architects and a television interview with Hans Döllgast. Two publications on the exhibition are published by Hirmer Verlag with photographs by Klaus Kinold and texts by Wolfgang Jean Stock: "Hans Döllgast: Creative Restoration" and "Rudolf Schwarz: Church Buildings".

projects shown in the exhibition

b 1939 in Essen, lives in Munich; 1962 – 68 studied architecture with Egon Eiermann at the Technical University of Karlsruhe; 1968 diploma and opening of a studio for architectural photography; since 1969 editor of architectural magazines and books; 1987 – 96 teaching assignment for photography at the State Academy of Fine Arts Stuttgart

b 1891 in Bergheim (D); 1910 – 14 studies at the Technical University of Munich; 1919 – 22 employees in Richard Riemerschmid’s architectural office in Pasing; 1922 – 26 employees of Peter Behrens in his studio and master class in Vienna, Berlin and Frankfurt / M .; from 1927 freelance architect in Munich, Vienna and Augsburg; from 1929 teaching assignments and from 1939 a. o. professor and ordained from 1943 Professor at the Technical University of Munich; 1956 guest lectures at TU Istanbul after retirement; large Federal Cross of Merit; 1958 member of the Bavarian Academy of Fine Arts; died on March 18, 1974 in Munich

b In Strasbourg in 1897; 1914 – 18 studied architecture at the TH Charlottenburg; 1919 studies of Catholic theology, history and philosophy in Bonn; 1919 – 23 Training as government builder in Cologne; 1923 doctorate at the TH Berlin with a thesis on "Early types of the Rhenish small churches"; 1923 – 24 employees at Hans Poelzig and his master student in the master studio at the Akademie der Künste in Berlin; 1924 – 40 castle builders at Rothenfels Castle on the Main; 1925 – 27 architecture teacher at the technical schools in Offenbach, studio community with Dominikus Böhm; 1927 – 34 director of the craft and arts school in Aachen; 1931 – 34 member of the board of the German Werkbund; 1938 "On the construction of the church"; 1946 – 52 general planner of the city of Cologne; 1953 – 61 professor of urban and church architecture at the State Art Academy in Düsseldorf; died on April 3, 1961 in Cologne

An exhibition conceived together with the Archiv für Baukunst, which presents the two German architects Hans Döllgast (1891 – 1974) and Rudolf Schwarz (1897 – 1961) with photographs by Klaus Kinold (born 1939). 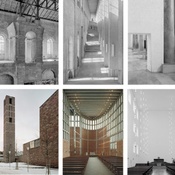 A lecture by journalist and publicist Wolfgang Jean Stock on the occasion of the presentation of the two publications on Hans Döllgast and Rudolf Schwarz. 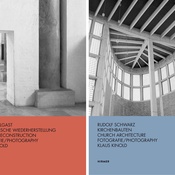 Issue 1/18 of the program magazine aut: info with background information on the exhibition "Klaus Kinold: Hans Döllgast and Rudolf Schwarz. Two builders of the other modern age" and the aut program between March 2018 and June 2018. 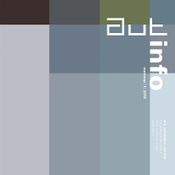 One on the occasion of the exhibition "Klaus: Kinold: Hans Döllgast and Rudolf Schwarz. Two builders of the other modern age" published accompanying publication about the architect Hans Döllgast. Price: Euro 35.00 plus shipping costs 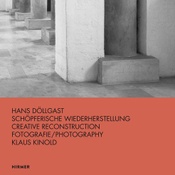 A lecture by the expert on the history and aesthetics of photography about the work of the architect and photographer Klaus Kinold. 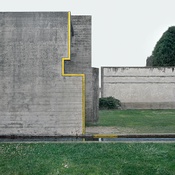 One on the occasion of the exhibition "Klaus: Kinold: Hans Döllgast and Rudolf Schwarz. Two builders of the other modern age" published accompanying publication on the architect Rudolf Schwarz. Price: Euro 35.00 plus shipping costs