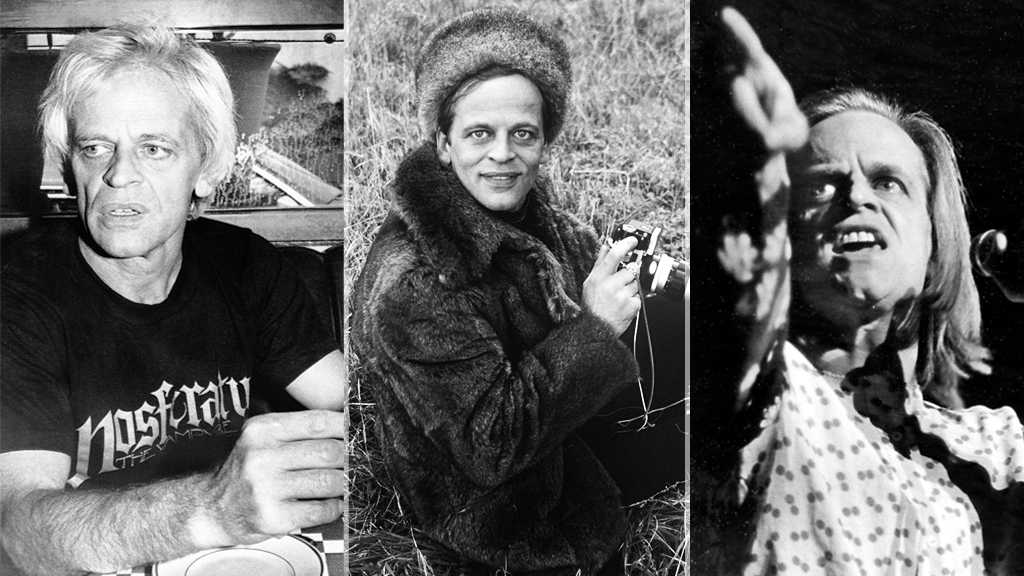 He tried me, too.

Klaus Kinski († 65) claimed to have slept with thousands of women in his life. He was married three times.

This week Pola Kinski, 60, revealed that her father Klaus († 65) abused her as a child for years.

In BILD am SONNTAG, her world-famous half-sister Nastassja, 51, talks about her memories of her terrible father in detail for the first time.

BILD am SONNTAG: When was the last time you saw your half-sister Pola?

NASTASSjA KINSKI: That was over 20 years ago, maybe even longer. We spoke on the phone once.

Did you know about her book and the accusations against your father?

No, I first heard about it through the media and was deeply shocked and could not believe what my father had done to her. I cried a lot. I did not read the book. I am also not yet sure whether I will have the strength to read it.

What kind of father was Klaus Kinski?

Father? He wasn’t a father. 99 percent of the time I was terrified of him. He was so unpredictable, he always terrorized the family. You never knew when he would get another outburst of rage. Sometimes he threw everything he could get his hands on against the wall for some unknown reason and screamed so loudly that I was frightened every time.

Did he ever hit you or your mother?

No, he never beat us, but he insulted us. My mother was so sad most of the time, and that took me even more. I wanted her to be happy and I always tried to make her happy. She often had nervous breakdowns and cried a lot.

Did anything similar happen to you to your sister Pola, who was raped by your father for years?

No, he didn’t do that to me. He tried it. He always touched me much too much, pressed me very tightly so that I thought I couldn’t get out. At that time I was four or five years old and we lived in Munich. He kissed me on the cheek, but it didn’t feel good. It scared me. Instinctively I felt that it couldn’t be the loving embrace of a father, it was more than that. But I was able to free myself from his embraces. Since then I have trembled as soon as he was there.

The shocking testimony of a crime: On 267 pages Pola Kinski describes in her book how her father abused her.

Nastassja Kinski “I am so proud of my sister”

Nastassja Kinski writes exclusively in BILD: “I stand by my sister, stand behind her. I am deeply shocked.”

Did you ever tell your mother you don’t want your father to caress you?

Yes, but my mother was used to him. I didn’t speak much as a child either. I was just quiet. Today I wish that children would immediately entrust themselves to other people, speak it out.

Do you think your mother knew what he did to your half-sister?

I don’t think so. I hope she didn’t know. She loved him at first and always defended him, but then he didn’t treat her well. She separated from him several times and he always begged her to take him back.

Did he cheat on her?

I’m sure it is. That was certainly one of the reasons why they argued so much.

Her half-sister Pola describes Klaus Kinski as a control freak . . .

That’s right, I did. It was all about him, and he wanted us all and every person under control. We were not allowed to invite friends and have no domestic help and were always alone. I longed so much for a real family, but my father didn’t even ask us how we were, if we were warm or cold or if we were happy. Nothing. He came home and raved about every little thing. He was a tyrant. I can hardly remember that we ever ate together at one table.

How sick was he really in his head?

Pola, he bought the most beautiful clothes, shoes and expensive jewellery, even made them up himself. What was it like with you?

He also bought expensive things for my mother and me. He wanted to make up for his horrible behaviour with consumer goods. He never painted me. I was also much too small.

Have you ever seen him cry?

I can’t remember that.

What was it about him that bothered you the most?

I hated it when he made my mother cry. He also had a penchant for fast cars and always drove way too fast. We were in a Ferrari with him once. He probably wanted to impress us and raced like a savage. My mother and I were so scared.

Pola’s book says he invited you to expensive restaurants once in a while.

Yes, when my mother and I visited him, he did, but he was always so difficult and he also had fits of raving madness in restaurants. That was always embarrassing for me.

Why do you think your sister endured the rapes so long?

It is often so with children who are raped that they are simply afraid and do not dare to ask for help. That is why I would like to talk about it. It should help other children and mothers. It should show them that it is possible to ask for help. Since 2010, for example, the Federal Government and Dr. Christine Bergmann, the former Federal Minister, have set up a hotline in Germany for victims of abuse, especially children. They can call 0800/22 55 530 and get help.

Why aren’t you in touch with your half-sister?

It’s not that I didn’t want to make contact. I have always seen myself as an only child. I was only with my mother, and she had no special contact with Pola or her mother. Maybe she also knew that something was wrong. Later I had no phone number for Pola either. Maybe this story brings us all together again in a good way. I would wish that, and Pola should know that I stand behind her.

When did you have your first boyfriend?

In the sex mania the acting legend Klaus Kinski even didn’t stop at his own daughter.

His freak in the video How sick was Klaus Kinski really in his head?

He’s mobbed, screaming, even said to have abused his daughter. How sick was the controversial actor Klaus Kinski really?

I was 13 years old and he was 15. When we were really together, I was 14 and he was 16. He was my first love and my best friend. We had a lot of fun together. He also had a nice family. I felt safe and secure.

Were you in contact with your father after your parents divorced?

I didn’t really want any more contact and only saw him a few more times. When I was 17, 18, he appeared out of nowhere on the set of “Tess”. Then he suddenly looked for closeness to me again, even wanted to work with me. Fortunately I was already strong enough and prevented it.

What would you tell your father today if you had the opportunity?

I’d do anything to get him behind bars for life. I am glad that he is no longer alive. When he died, some people told me that they would be sorry. I was not sorry.