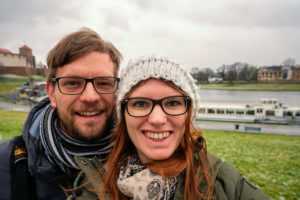 Krakow is rightly called the “secret capital” of Poland. With its history rich in history and a beautiful, medieval backdrop, Krakow has a lot to offer!

We spent five nights in the south of Poland at the beginning of the year. Come with us on a tour of the cultural capital of Poland and we will show you what there is to discover in Krakow!

A tour of the best sights in the city

After our recent city trips to London, Prague or Riga, it has meanwhile become a tradition for us to take part in a guided tour on the first day in a new city. So we get directly a good overview of the main attractions and the history of the city.

The medieval center of Krakow

Even before our trip, we heard that Krakow should be a beautiful place. Nevertheless, we were quite surprised at the tour. The charming, medieval town center is still well preserved and shines with magnificent buildings. 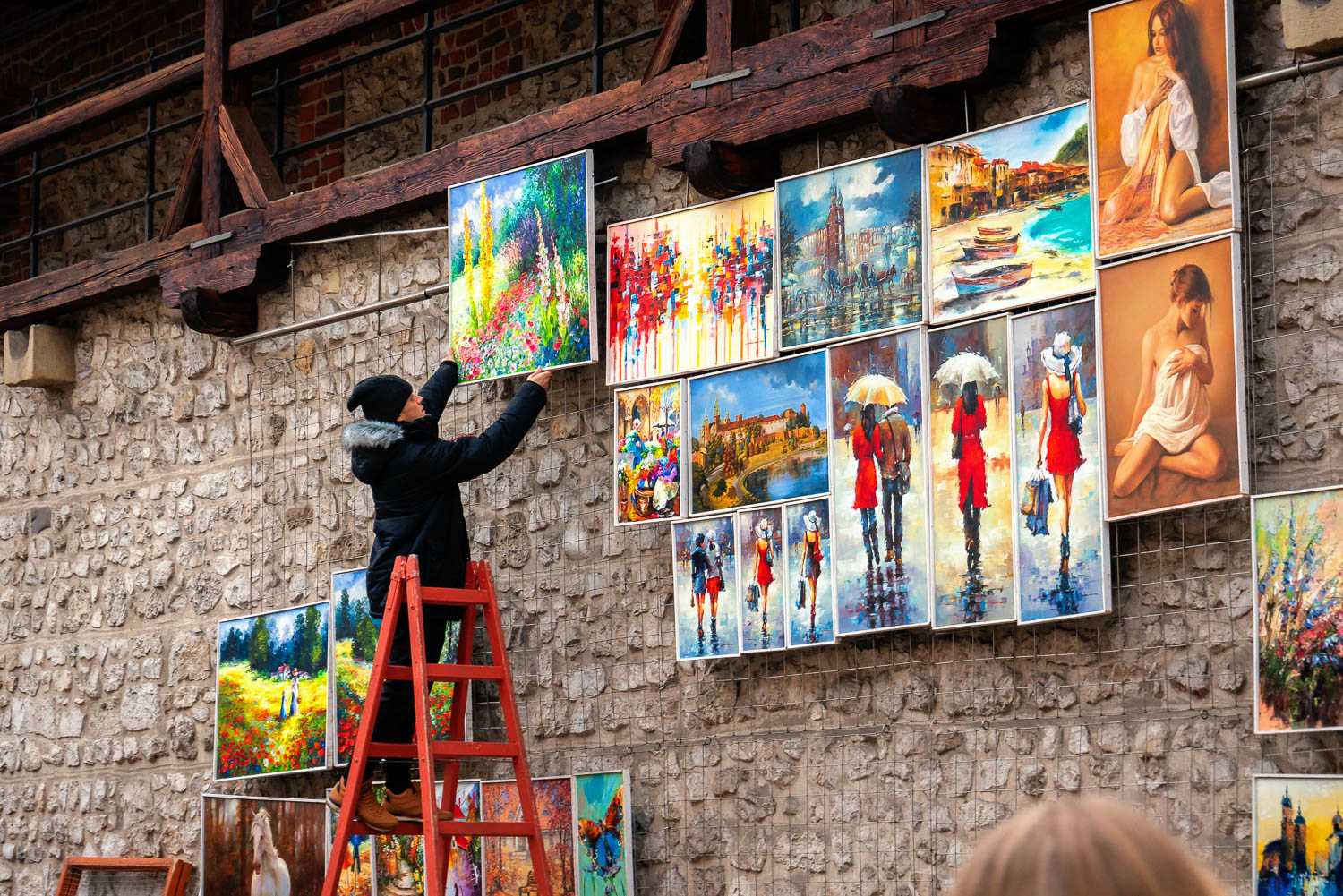 Picture gallery at the old city wall at the Florianstor

Our tour started in the north at the old fortress Barbican and the Florian, the last remnant of the medieval city wall.

We followed the streets south to the center of the old town and reached the imposing market square Rynek Glówny. Here you will find the ones known for Krakow cloth hall from the Renaissance era and the big one Marienkirche with its magnificent altar and the two uneven towers. 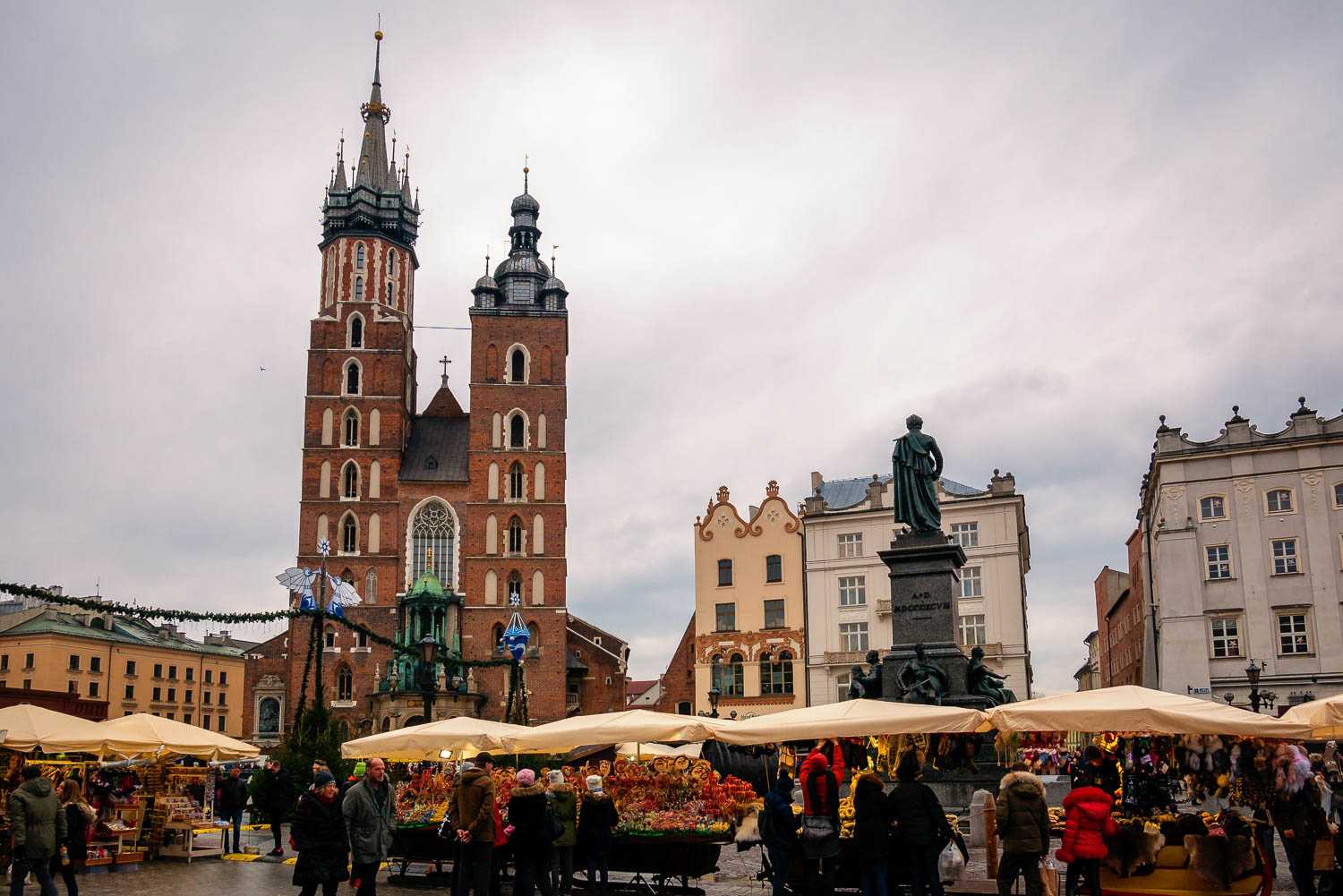 Every hour a trumpeter plays the traditional Polish triumphal hymn “Hejnał Mariacki” from the tallest tower of St. Mary’s Church. When you’re in the field, listen carefully and you’ll notice the melody suddenly stops at one point. Legend has it that a trumpet player was hit by an arrow in a 13th-century Tatar attack. In his honor, the signal is now played only to the tone that he had last sung before his death.

If you want to visit the tower of St. Mary’s, please note that it is only open from March to the end of December. From the 1st of January the tower will be closed for a few weeks.

Further southwest, an inconspicuous iron gate led us into the picturesque Courtyard of the second oldest university in Central Europe, Jagiellonian University. Already in 1364 it was founded by the Polish King Casimir the Great. Nicolas Copernicus and Pope John Paul II studied here, among others.

After a walk through ancient lanes and past innumerable churches, our tour finally ended on the Castle Wawel.

The castle on a hill was the former residence of the Polish kings. Especially the Wawel Cathedral is considered a Polish national shrine. For centuries it was the place for coronations and the tomb of most kings of Poland.

Even from the outside, the cathedral is a real eye-catcher. For many graves a separate chapel was built. Especially from the south view you can see today the variety of different architectural styles. 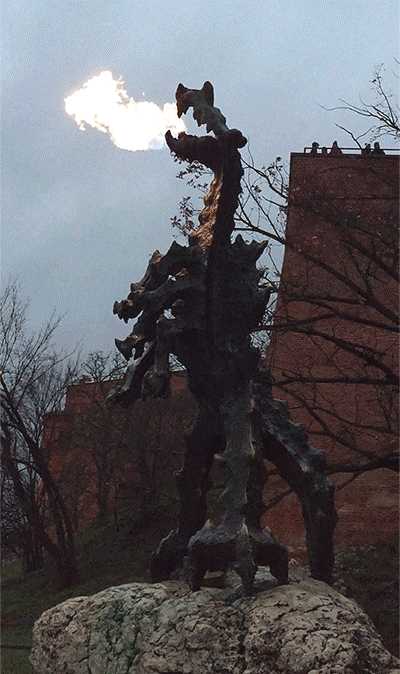 Another highlight can be found on the riverbank: the fire-breathing Wawel Dragon.

Today you can see a huge metal sculpture of the monster in front of the Dragon Cave on the riverbank, spitting a jet of flame every few minutes.

Not far from the castle you will reach the Jewish quarter of Kazimierz in the southeast of the city. This part of Krakow was an independent city until 1800 and for a long time the cultural and religious center of the Jews in Poland. After the Second World War, the district declined increasingly. It was not until Steven Spielberg filmed his Holocaust drama Schindler’s List in Kazimierz that the area came to life again. Today it is the alternative district of Krakow with its very own flair. In addition to numerous old synagogues Above all, you will find many here good and cheap restaurants as well as cafes.

Important information about the city tour

The picturesque old town we have visited with a free-walking tour. The city tours start between Barbakan and the Florianstor in the north of the city. They are initially free. Depending on how well you liked the tour, at the end you give the guide a donation.

We looked at the Jewish quarter on our own. Best you follow the signs of “Jewish Heritage Route”. These navigate you to the most important monuments Kazimierz.

In addition to the classical tours, Krakow also offers very special tours, such as culinary city tours or exciting scary tours. So you can get to know the city from a completely different side. Even if you prefer smaller or private tours, you will find here various tours of Krakow.

Map of the sights of Krakow

In this map, I have summarized all the places worth seeing:

Our tip: If you mark the map with the star, you’ll have it with you everywhere in your Google Maps app!

We can only recommend a trip to Krakow! We had a really good time in the secret capital of Poland. There is so much to discover in Krakow, we will definitely come back again!

Do you have any ideas which European city we should definitely visit? Have you been to Krakow and have tips on what you should not miss? We look forward to your comment!