The second largest lake in Italy with an area of ​​212.5 km² attracts with year-round mild temperatures, Mediterranean vegetation and beautifully located accommodations numerous holidaymakers since the middle of the 19th century.

During your vacation on Lake Maggiore you can also expect an impressive alpine panorama, a huge selection of sightseeing destinations as well as a delicious regional cuisine and numerous leisure activities. 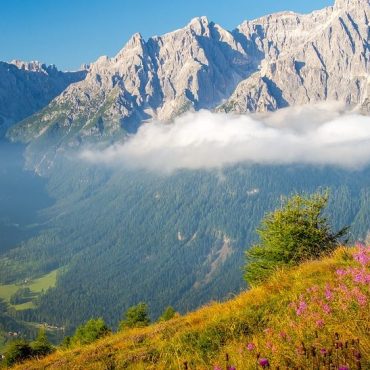 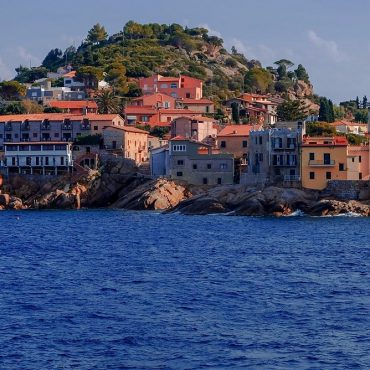 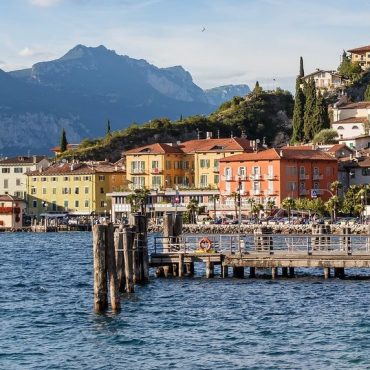 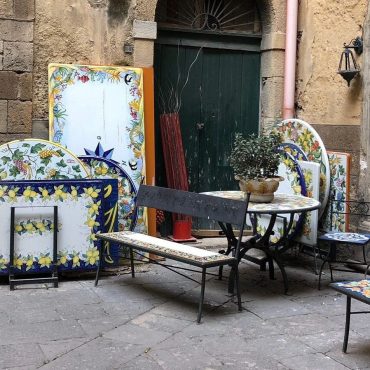 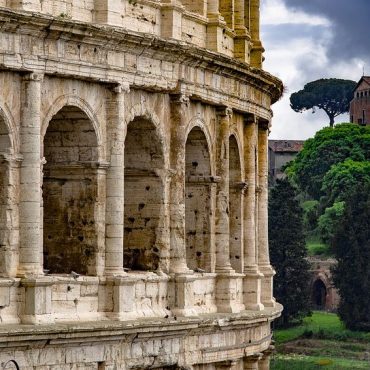 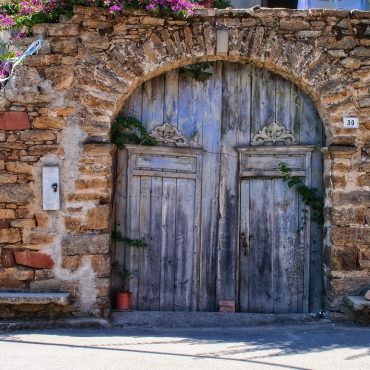 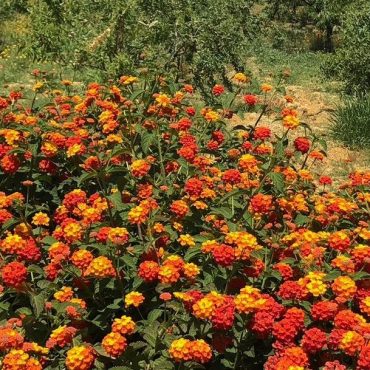 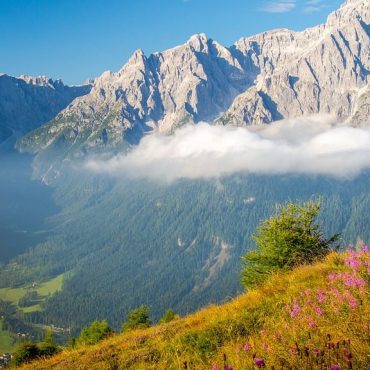 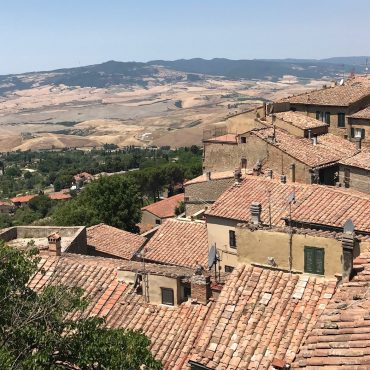 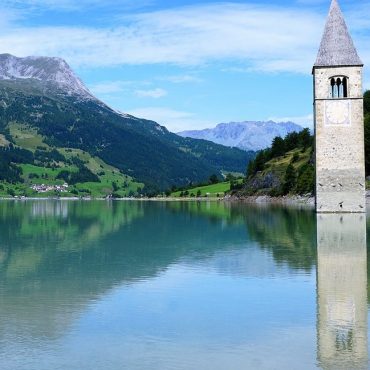 The almost 65 kilometers long and up to 10 kilometers wide Lake Maggiore or Verbano extends over 80 percent over Piedmont and Lombardy in northern Italy and almost 20 percent over the Swiss canton of Ticino.

The lake is up to 372 meters deep, the catchment area is almost 6,400 km². Professional fishermen fish approx. 150 tons of fish a year from the lake, 25 passenger ships are currently responsible for ferry traffic. Lush vegetation is typical of the region botanical gardens as well as numerous historical churches, chapels and monasteries.

In which of the total nearly 40 cities and towns around Lake Maggiore you can spend the most beautiful family vacation, we show you for 10 selected locations.

Soak up the sun in Locarno, Switzerland

The third largest city in the Swiss canton of Ticino is located on the northern shore of the lake. The surrounding, fertile Magadino plain is used intensively for agriculture. Locarno is an important regional transport hub and has been for its since the late 15th century Sanctuary of the Madonna del Sasso known.

The waterfront is worth seeing, the central Piazza Grande with many bars, cafes, shops and restaurants as well as the imposing fortress Castello Visconteo from the 12th century including an archaeological museum.

The municipality on the north-east bank is located in the Valle Verzasca and Navegna district. Above Tenero is the one from the James Bond film "Goldeneye“(1995) known Lago di Vogorno. In Tenero-Contra there are numerous modern campsites and a sports center that is often used by professional teams.

The local wine museum and the frequently changing exhibitions in the “Galleria Matasci". The nearby "Gordola Adventure Park" with many climbing ropes is popular with families.

The spa on the north shore of the lake is one of the most visited places on Lake Maggiore with up to 25,000 guests in the summer season and a large number of holiday apartments. You can stroll along the long promenade with the historic wash basins. There are also the 16th century town hall with the shady arcade and the medieval castle Castello dei Griglioni.

A well-known destination is a little further out the Monte Verità, where at the beginning of the 20th century pacifists, artists and writers experimented with new ways of living and living.

Activities for the whole family: Cannobio

When traveling with children on Lake Maggiore, families like to visit the Sunday market with almost 300 stalls on the waterfront of Cannobio in the province Verbano-Cusio-Ossola. Here you can get high quality food as well Crafts from the Purchase region.

The historic old town with various religious buildings and palaces is worth seeing. Cannobio also has a lido, a mini golf course, a skate park, a diving and water sports center and tennis courts. Happy to be photographed the castle ruins of Castelli di Cannero on two offshore small islands.

The city lies on the west bank and on both sides one in the Lake Maggiore protruding into the headland. Nationwide, Verbania is best known for the 11th-century national monument of the San Remigio oratory and the 20-hectare botanical garden at Villa Taranto with over 20,000 plants.

The two memorials “Parco della Memoria e della Pace " in the district of Fondotoce and "Monumento a Lorenzo Cobianchi" in Piazza Martiri di Trarego. The landscape museum is also worth a detour on vacation on Lake Maggiore "Museo del Paesaggio“On Via Ruga.

The community on the west bank of the lake is best for the pink granite from the quarries Local mountain Monte Camossio known, among others was used for buildings in Milan and Rome.

baveno has also been a popular holiday resort with numerous accommodations of all kinds since the 19th century. Check out the representative villas Bionda, Branca, Fedora and Mussi as well as the ship landing stage in a magnificent Art Nouveau building. From there, ships sail regularly to the Borromean Islands.

The municipality located on the western shore of Lake Maggiore has been in existence since the mid-19th century an internationally known spa and holiday resort. Luxury hotels, holiday apartments and guest rooms are available as accommodations.

Here the American writer Ernest Hemingway wrote his novel in 1927 "A Farewell to Arms". Walks on a family vacation on Lake Maggiore along the waterfront with the many impressive buildings and the botanical garden in the extensive park of Villa Pallavicino are a great change, as it is barbecues and houses a children’s playground.

The city on the southwest bank of the lake was the birthplace of the later revered archbishop of Milan Carlo Borromeo, after his family, in 1538 the Borromean Islands (Isole Borromee) in Lake Maggiore. For the influential representative of the Catholic Counter-Reformation, Sacro Monte di Arona was built on the hill in 1697 a great monument built.

Other sights include the churches of Chiesa San Carlo from 1592 and Sacro Cuore from 1935 as well as the ruins of the castle in the "Parco della Rocca Borromea" and the "Parco Naturale dei Lagoni di Mercurago".

The municipality on the southern eastern shore of the lake is easy and quick to reach from Milan by train. The former fishing village lived from the mid-19th century until the 1970s from its ceramic industry. You can see their development and decline in the "Museo Internazionale Design Ceramico“Explore in the district of Cerro.

The ten historic churches and the former humiliate monastery in the Palazzo del Bostano in Mombello are also worth seeing. Great fun for the whole Family is a ride on the cable car "laveno“To the mountain Sasso del Ferro, from which you have a great view over the entire Lago Maggiore.

The community on the northern east bank of the lake attracts many visitors, especially on Wednesdays, who then shop at the market taking place there. The textile industry was between 1868 and 1978 an important local industry.

In one of the production facilities at that time, the “Centro Parco Hüssy“Housed as a center for cultural events. For those interested in culture, the sanctuary of Santa Maria del Carmine from the 15th and 16th centuries and the railway museum “Museo Ferroviario del Verbano" to recommend.