A learning disorder is a developmental disorder, also known as learning disability. Affected children have normal intelligence but have difficulty learning. This is why these children sometimes have great problems with arithmetic and spelling.

What is a learning disorder? 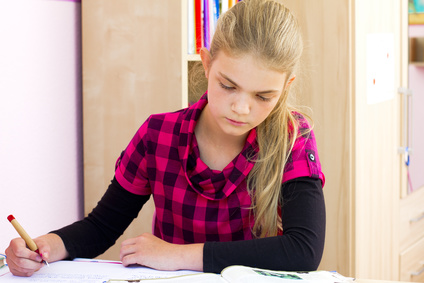 A learning disorder can also have cognitive causes. Such causes affect the ability to concentrate, memory and general learning ability. ADHD is also considered to be the cause of learning disorders. Affected children often have difficulty concentrating on one thing over a reasonable period of time and are very easily distracted. Therefore, these children do not listen properly and make many careless mistakes.

The organization of learning is also extremely difficult, so it is hardly possible to create a meaningful learning environment. Children who suffer from a learning disorder caused by ADHD often avoid work that requires longer concentration. General forgetfulness further complicates the situation.

Typical symptoms of a learning disorder:

A learning disorder is usually shown by enormous problems at school. Affected children find it difficult to complete the tasks. Often they are unable to complete the task independently and without instructions. These difficulties are particularly evident in new learning situations. The child is then really overwhelmed. It can happen that the affected child suffers from a general learning disorder or the difficulties only relate to certain areas.

One speaks e.g. dyslexia, when a child has major spelling problems and reading difficulties. Dyscalculia, on the other hand, only refers to arithmetic. Affected children cannot understand the logical connections between mathematics and therefore cannot successfully calculate. A learning disorder can also be felt in everyday life outside of school. Affected children are very often extremely forgetful. Orders that contain several individual parts are not executed correctly because the child was unable to remember everything.

A learning disorder is not always easy to diagnose. First of all, school performance provides information about whether the child has normal learning ability. If a learning disorder is suspected, there are various tests that can confirm the diagnosis. Such a test should be carried out by a child psychologist who has a lot of experience in this area. Not all school difficulties need to be a sign of a learning disorder. Often it is just a lack of ambition and lack of interest among bad students.

Severe depression is also possible in childhood. Depression may, however, only manifest itself as a depressive mood or as a mild form of depression. Conversely, however, excessive care can give the child a feeling of helplessness and worthlessness, so proper balance is very important. In addition to depression, anxiety disorders are a common complication of a learning disorder.

There is often a direct connection between learning disorder and fear. Affected children can develop school anxiety, for example, that belongs to the specific phobias. If the fear relates to many areas of life, a generalized anxiety disorder can also be considered as a diagnosis. ADHD is also common in children with learning disabilities. Experts are currently not in agreement whether a common (neurological) cause is the reason for the coincidence of the two disorders, or whether ADHD can cause a learning disorder – or vice versa.

In order to treat a diagnosed learning disorder, the interaction of various factors is extremely important. Above all, the whole family must have a real interest in improving the child’s learning disorder. This requires a lot of patience and understanding, but also the ability to motivate the child. Pressure usually does the opposite and the learning disorder worsens.

It is also very important that the school and teachers are informed about the learning disorder. In this way, the teachers can also deal with the pupil concerned in a targeted manner and keep a special eye on him. In addition, should Parents and teachers exchange information on the current situation very regularly and as extensively as possible. It is for the school in this case, it is just as important to know how the child behaves at home, and vice versa, the school behavior is interesting for the parents. In some cases, it may also be advisable to use special learning therapists to take. These can specifically help the child to improve learning behavior.

Prevention is hardly possible because a learning disorder has many different causes. In general, however, a lot of preoccupation with the child and age-appropriate support and motivation can prevent the occurrence of a learning disorder even in early childhood.