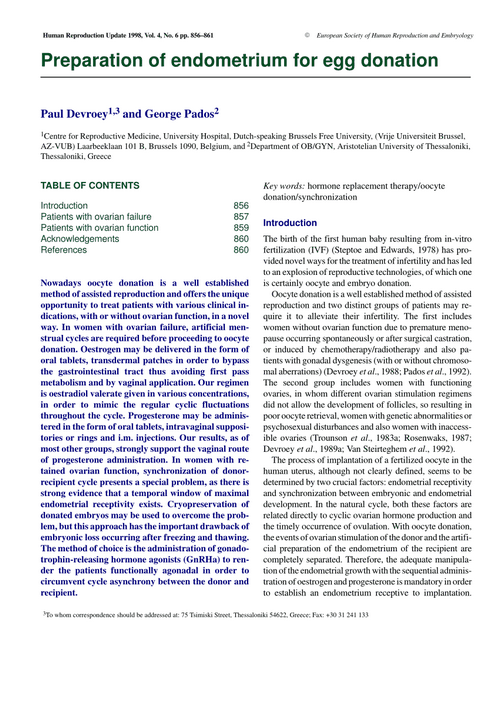 On March 21, 2018, the Dillingen district court acquitted three board members of the embryo donation network from allegations of the use of improper propagation techniques.1 The verdict against a co-accused legal scientist is still pending.

The reason for the acquittal was that the District Court saw a so-called unavoidable violation of the law (§ 17 paragraph 1 of the Criminal Code) among the members of the Executive Board, because they had informed themselves extensively about the admissibility before taking up their duties.

The prosecution has now appealed against the acquittal. The case will therefore be renegotiated before the district court. It is quite likely that the procedure then lands on the appeal at the Federal Court.

Background of the criminal case

The embryo adoption (often referred to as embryo donation) is the transfer of cryopreserved embryos to non-genetic parents who were originally intended to conceive. However, most of the embryos stored in reproductive centers in Germany are not legalized embryos in which cell fusion has already taken place, but so-called pronuclei, also referred to as impregnated oocytes or 2-PN cells. Although the sperm has already entered the egg cell, the nuclei of both cells have not yet merged. The genetic material of the parents is therefore still separated, the fertilization is stopped by the freezing.

The prevailing legal opinion sees further cultivation of a pronucleus with the intention of transferring it to another woman as a “fertilization” forbidden under § 1 (1) (2) Embryo Protection Act for transfer to another woman.2

The Embryo Donor Network started work in 2013 and publicly announced on its website that it also provided pronunculus. A three-page report by the retired law professor Monika Frommel should explain the legality of the procedure. The public prosecutor’s office Augsburg took up investigations in 2014 and finally brought charges.

Judgment confirms: The further cultivation and mediation of impregnated ova is inadmissible

The District Court of Dillingen now agreed with the prevailing opinion that the continued cultivation of impregnated ova for transfer to another woman as the genetic mother is punishable, but saw a punishment-free unavoidable prohibition error in the defendants. Unfortunately, the verdict of some media now misleading presented as if the District Court Dillingen had decided that the defendants were acquitted, because the mediation of impregnated eggs is allowed. That’s not the case. According to the ruling, the board members are unlikely to mediate further impregnated egg cells and would be prosecuted again, and then they would no longer be able to invoke a ban on the ban.

Criticism of the acquittal

Above all, the court helped the three members of the board of directors to obtain legal advice by relying on the three-page report of their legal board member and also obtaining the expertise of the German Ethics Council. The judge is quoted as saying that they have obtained as much legal advice as possible and that they have been told by all sides that their intention is permitted.3 But this assumption is questionable.

The opinion of the legal scientist Monika Frommel, also a member of the board of the network Embryo donation, from the year 2011 is very short with three pages in view of the importance of the legal question. It is also striking that arguments against the admissibility of the mediation of impregnated oocytes have no room. The counter opinion of Börgers / Frister from the year 2010 is not even mentioned. It is, of course, true that non-lawyers need not be familiar with legally controversial topics and may trust the legal advice of lawyers. However, to get such a clear statement on the admissibility of the procedure on such an important and controversial issue might perhaps have been suspicious. Since no one can foresee judicial decisions with absolute certainty, legal opinions for liability reasons usually contain limitations on the security of the statements.4 In 2015, a paper by Taupitz / Hermes was published in the New Legal Weekly Magazine, in which the argumentation of the expert report was almost torn apart. 5 The paper concluded with the conclusion: “A reproductive physician who thaws and cultivates an impregnated cryopreserved oocyte, with the intention of transferring the embryo that later forms to a woman from whom the egg does not come, is in any case at considerable risk of criminal liability. “6 The contribution was based on lectures among others in front of the Federal Association of Reproductive Medicine Centers in Germany (BRZ). The embryo donor network continued to deliver pre-embryonic embryos7, according to the website.

The German Ethics Council also did not certify the network embryo donation the permissibility of further cultivation and mediation of impregnated ova. In its opinion on embryo donation, embryo adoption and parental responsibility, published on 22 March 2016, the Council considered that the adoption of surplus embryos was compatible with the Embryo Protection Act, but that embryos should not be specifically produced for distribution. The further cultivation of impregnated ova with the aim of implanting them to a woman other than the genetic mother violates the Embryo Protection Act.8

Unlike often abbreviated, embryo adoption is not a win-win situation. In the case of a transfer of embryos and impregnated oocytes, however, the developing child must not only deal with split motherhood, but also with a split paternity and a delayed procreation. The situation is even more difficult than if only the germ cells of a foreign parent were used. Embryo adoption has a complete parallel family with a genetic parent and at least one full-sibling. This is a lifelong challenge for all concerned, well-known in the field of traditional adoption. In the case of a conventional adoption, it is also checked independently whether the acceptance of the child by the recipient is in the best interests of the child. In the activity of the network embryo donation alone decide the members of the association, who becomes the recipient of “released” embryos and impregnated oocytes cells. Moreover, the procedure is not open and the documentation of the giving parents is unclear.9.

Apart from that, we demand the (self-evident) fact that reproductive physicians adhere to legal prohibitions and do not create facts on their own. The Embryo Protection Act clearly wants to prevent split motherhood by prohibiting egg donation, also to protect the child from the mental challenge of split motherhood. The admissibility of the transfer of orphaned embryos (and NOT of impregnated oocytes!) Was seen as a clear exception. That should be accepted. The Verein Spenderkinder calls for a broad public discussion on the psychosocial aspects and the ethical dimension of the continued cultivation and transfer of impregnated ova.

Perhaps this discussion is now initiated by the criminal processing. We wish for this debate that the perspective of the so begotten people is perceived and, in particular, not shortened.