Welcome to Lengfurt – on the Via Publica

Seat of the municipal administration.

The place name has 2 components, the final syllable “furt” refers to the existing Main crossing. The initial syllable “Leng” refers to the special characteristic of the ford, i.e. a long ford which is not supposed to have taken the shortest way but which runs diagonally across the Main in the longitudinal direction. This river crossing made Lengfurt feel the pulse of the world in the past. Lengesfurt is mentioned in the Fulda traditions, which include the acquisitions of Fulda Abbey between 775 and 885. Since the mentioned count Egino is just as not understandable as the date, this mention of the place is not considered as the first documentary mention. The oldest documentary mention of our enchanting homeland is the year 839. The Via Publica was first mentioned in 839 in a diploma of Emperor Louis the Pious. This document documents an exchange of territory between a count Poppo and the monastery Fulda in which the Klingelbachschlucht (3rd gorge) and the Via Publica are named as border. The Via Publica which crossed the Main in Lengfurt was the west-east connection between Brussels and Prague or Amsterdam and Vienna. The route corresponds roughly to the Bundesstrasse 8 known today. The long-distance trade route between Flanders and Bohemia (Via Publica) as well as the old post road, which led from Aschaffenburg to Würzburg through the ford near Lengfurt, brought considerable importance to the municipality. Napoleon took this ford over the Main in 1812 with his large army during his campaign against Russia. Queen Victoria of England later passed the Main here for a visit to Triefenstein Castle.

Lengfurt’s oldest mention dates back to 1102, on the occasion of the foundation and initial furnishing of the Augustinian canons’ monastery Triefenstein. The monastery owes its foundation to Dean Gerung, the Neumünster monastery in Würzburg, who had to flee the city (investiture dispute between Emperor Heinrich IV and Pope Gregory) and hid here in a chapel belonging to the Neustadt monastery. The vernacular reports: “He hid himself behind a dripping stone” (small waterfall).

Until 1556 the community was under the sovereignty of Count von Wertheim. Lengfurt, which once developed as a boatmen’s settlement, was once the largest wine village in the surrounding area. This can be seen from the vineyard walls in the Lengfurt district, which have fallen apart and been partly reused, and the many wine cellars, which are used today as meeting rooms and music cellars.

Lengfurt owed its viticulture mainly to the canons of the Augustinian canon monastery Triefenstein. They made sure that their mass wine was planted in the Lengfurt district. Industrial development began in Lengfurt when the cement plant was founded on 8 October 1899 and went into operation in the spring of 1901. At that time, work in a farm was preferred to agricultural activity, especially viticulture.

Down the Main from Lengfurt lie some of the oldest wine-growing areas in Franconia. The Lengfurter and Homburger Kallmuth vineyards have been cultivated for over 900 years. Its 12 km long and up to 5 m high dry-stone walls allow excellent wine to thrive on the terraced sites in a sub-Mediterranean climate. In summer, 50 -60 degrees C can be reached there, which is good for the wine. Kallmuth has been a cultural monument since 1981.

What legends and fairy tales

…which are told about this place and whether Mrs. Holle lives here, you can find out here.

Lengfurt’s landmark is the Holy Trinity Column on the market square, a replica of the Viennese plague column from 1728, just as well known as the parish church of St. James from 1613/14 with its remarkable high altar and other church treasures.

It was renovated in 2012 and now shines again in the splendour that was once intended for it. 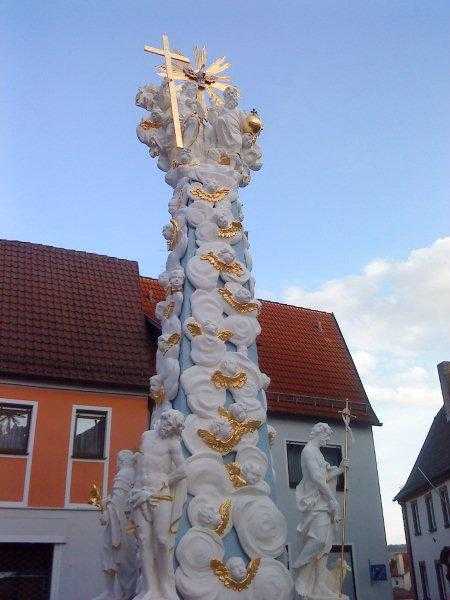 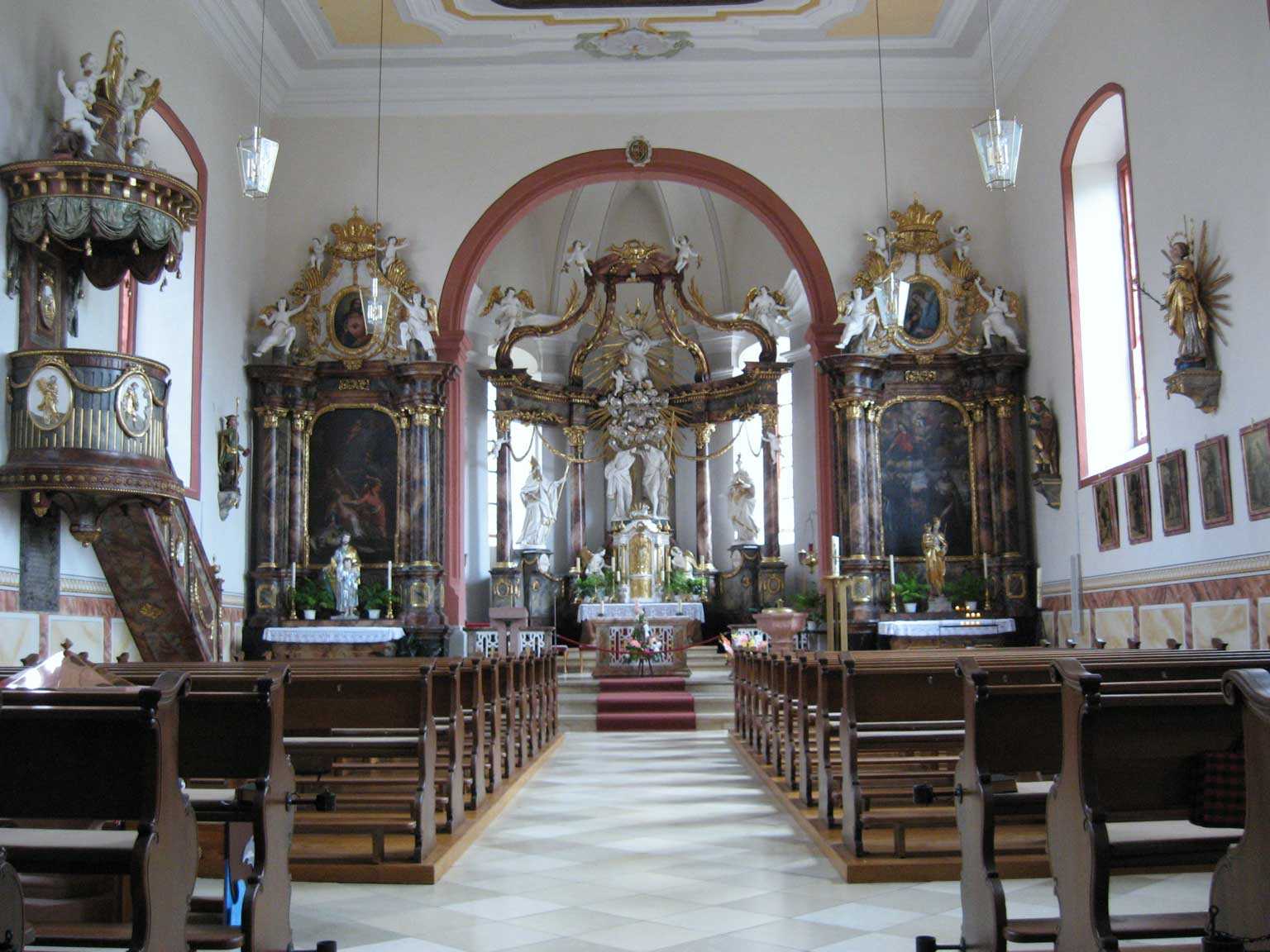 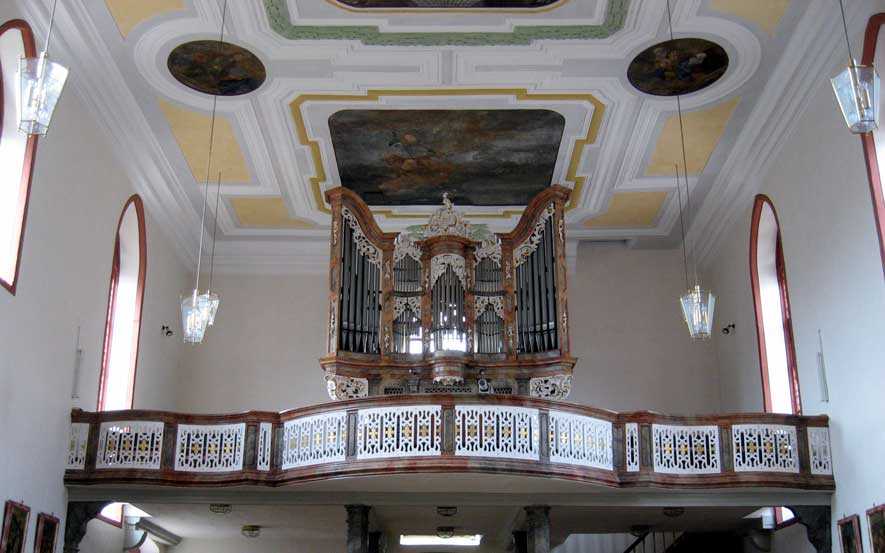 A first reference to a church in Lengfurt can be found in the Triefensteiner Urbar (land register) A from 1416: there a wine tithe for the church is listed. After the introduction of the Reformation by the Counts of Wertheim in Lengfurt, Protestant Christians used this church, while Catholics visited the Triefensteiner Leutkirche. After the extinction of the counts of Wertheim, the Würzburg prince-bishop moved in most of their fiefs, including Lengfurt in 1612. This ended the almost 100-year-old denominational division of the town. One year later, the foundation stone for the church of St. James the Elder was laid. The present appearance of this Echter church is characterised by the alterations of the early 18th century, above all the extension of the nave. In 1704 the old church tower was demolished and a new one erected next to the choir. The side altars were created by the Lengfurt carpenter Bretträger in 1722, the high altar came to Lengfurt in 1807, the pulpit was made by the Bronnbach sculptor Külsheimer in 1811, the organ case with rococo carving dates from 1773. 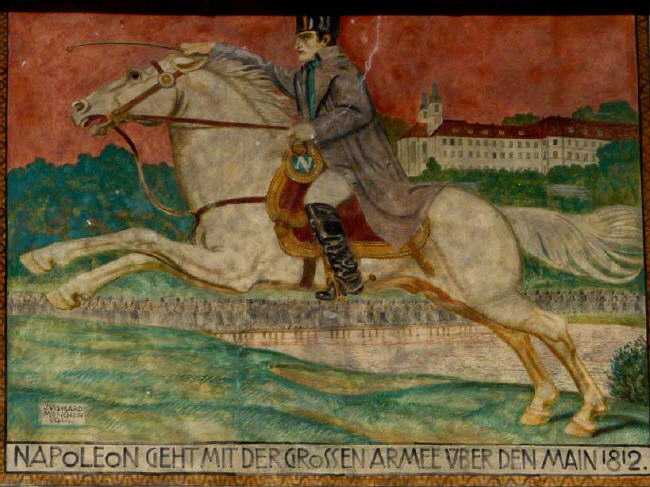 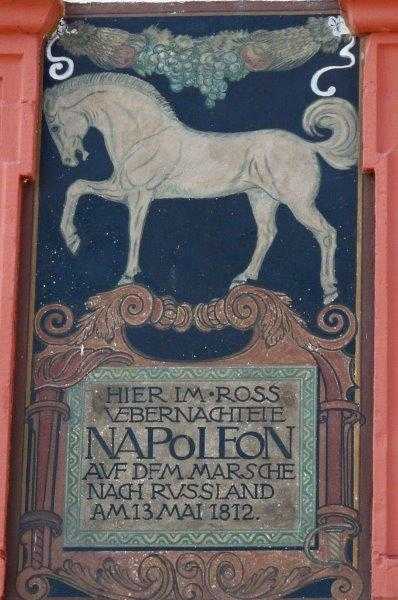 I was here too! Napoleon Bonaparte Napoleon went through this ford in 1812 with his large army across the Main river during his campaign against Russia. >>more

Built in 1936 and since then in constant use by sport and professional navigation. Architecturally interesting ensemble. Especially for children it is interesting how ships weighing tons move over the quay wall. 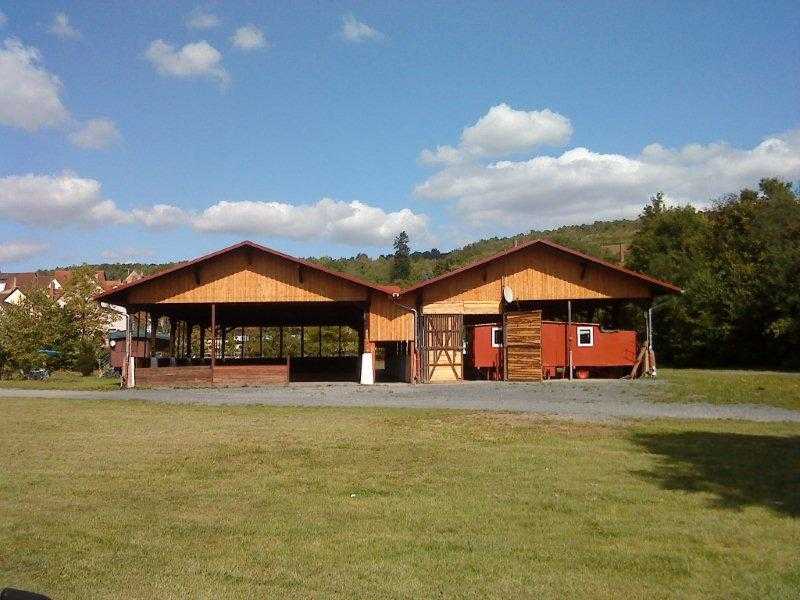 On the Main below the road from Wertheim to Marktheidenfeld. Newly renovated square with covered hall, barbecue area and playground with slide, and beach volleyball court. Here also celebrations are celebrated. 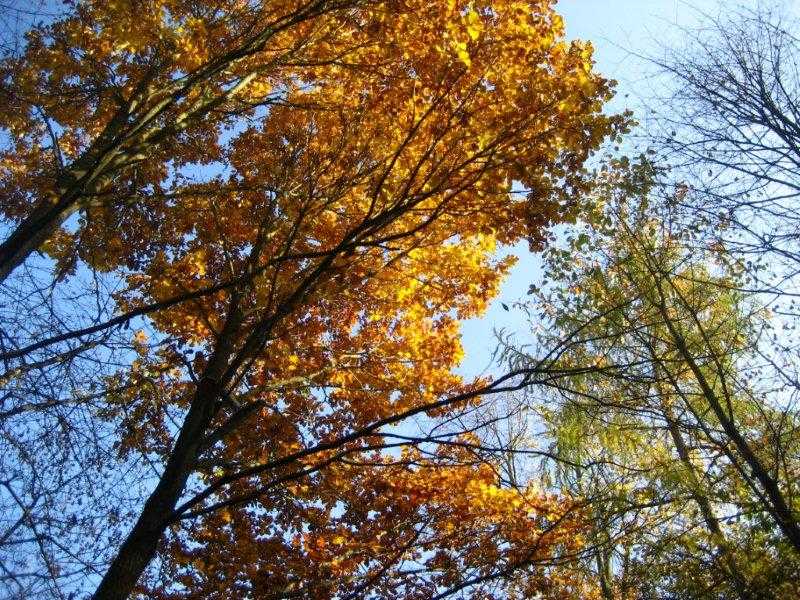 An open-air swimming pool (Waldbad), very large for the community, is open to all visitors. The sports centre Lengfurt with Waldbad includes a tennis court, a football pitch, a sports hall and a running track. There is also a small kiosk at the outdoor pool with the usual swimming pool delicacies and a restaurant at the campsite. 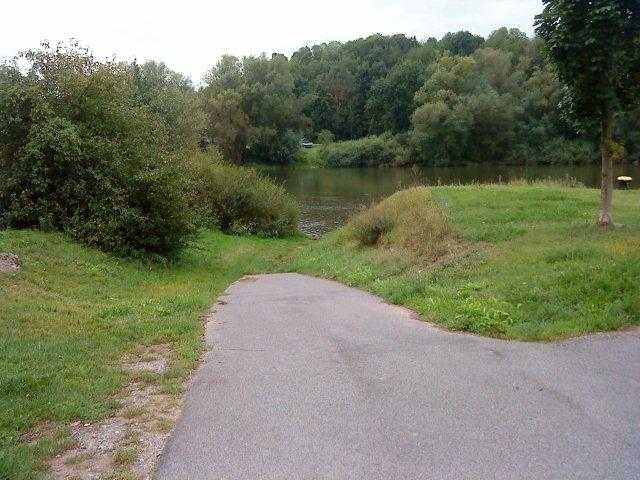 Am Main, below the road from Wertheim to Marktheidenfeld. Between children’s playground and Main car park. Here you can put boats in the water. Parking spaces are also available. 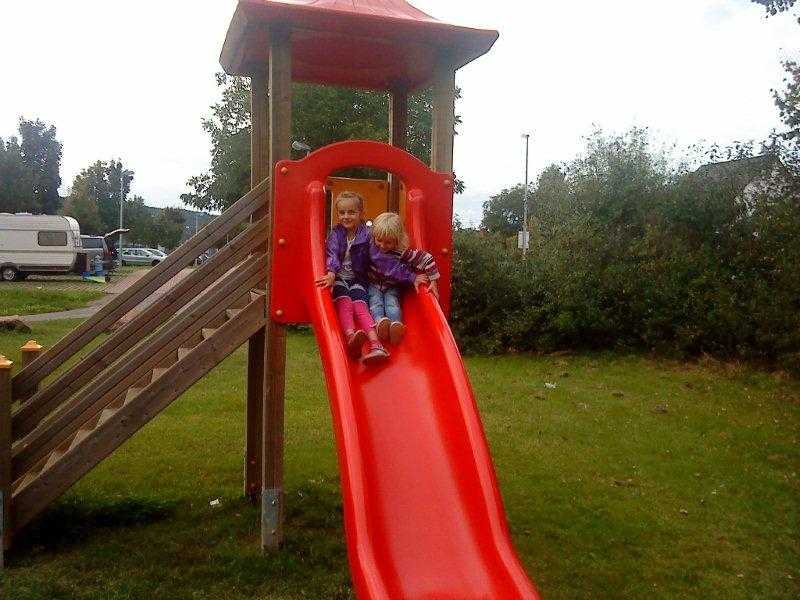 Right next to the threshing hall. >>more for children