The blog too "Puzzle with caretakers" + "alfa-beet" + "xpreszo" at RadioX FFM. 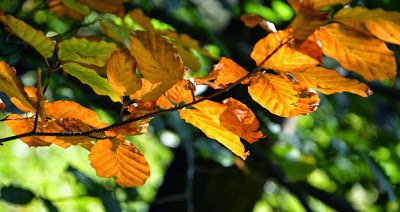 1) Where does the term come from "Strammer Max"?
@LaLeLu came through (how nice, the phone worked despite strange announcements and concerns on the part of the broadcaster) and knew: means erect penis and originally came from Saxony. The hearty breads were considered a strength donation.

2) Where does the term meal come from??
Originally it was called "blessed meal". Already in the beginning of the 19th century it was shortened to "meal".

3) Where does the term come from? "Have coal steam" for being hungry?
Is called "Hunger Hunger" and comes from the Rotwelschen. In 1835 it was first mentioned as colloidal vapor. The red-hot words "steam" and "Kohler" (also "Koler") both mean hunger. The formation of "coal steam" therefore presumably represents a tautology with which a particularly great hunger is illustrated.

4) "all cheese" – where does this wording come from?
Cheese was an inexpensive and easy to produce food, and therefore not as valuable as meat. The close relative “Quark” had a similar experience.

5) Where does the concept of "coffee party"?
Coffee table hosts used to get a wreath on their heads.
The name is derived from the (royal) wreath that the winners received during Pentecost shooting and who were also obliged to hold the next festival.

6) "Hasenbrot"? What is it and where does it come from?
Old bread was returned, which only the rabbits can get. Some and especially poor people were happy about it. There is also a story after the man brought his sandwich back home and told the children that he had taken it from the rabbits. The children liked the well-drawn bread.
August Heinrich Hoffmann Von Fallersleben wrote in his child’s poem: “The dry bread tastes good, because, as my father says, he chased it out of the field The Rabbit.

7) Where does the phrase come from? "Know how the rabbit runs!"?
If you don’t go along with hooking but know where he’s going, you’re at an advantage.

8th) "The rabbit is in the pepper" – where does that come from?
Katrin knew it from the fairy tale "a shot from the pepper pistol by Räuber Hotzenplotz".
Sven explained that the pepper used to be a shrub. Rabbits hid well, whoever knew which bush the rabbit was under had an advantage.

@Frau_von_Noeten tweeted: "I don’t know the answer either, I would like to to you but still warmly recommend the http://sprichwortgenerator.de/! “Very funny, which proverbs are mixed up like this.

9) Where does the term come from? "old stager"?
Bunnies don’t usually get that old because they have so many predators. A skillful ("well hooked hare") gets older. Basically, rabbits can live up to 12 years, but this does not occur in nature. Bunnies compensate for this with the variety of births.

10) Where does the term come from? "stupid" respectively. "insane"?
Scouring is an old word for hitting. The brain suffers a lot in people who have been hit on the head often.
Patrick added that the laundry was previously beaten with clubs.

12) Where does the term truism come from??
Reeds / grass, of which there are over 300 species worldwide, are rushes. Rushes are something completely normal, so to speak "Allerweltsgras". If someone gives something generally known, then it is called truism.

13) "Oh my gosh!" where does that come from?
From the food! Jürgen called the Gallus team for the first time and explained correctly "Bit is the reduction of a bite. If something unpleasant happens to you, you only get a small bite".

14) Where does the term come from? "blue blood"?
Nobles have blue blood because their veins shimmer through their white skin. The noble pallor was considered an ideal of beauty and distinguished the nobility from the lower people.

15) Where does the term come from "Bohei"?
From Hebrew, it means noise. It is said when someone should not make a fuss about a nullity.

16) Why are "Bohemian villages" Synonymous with incomprehensible?
In Eastern Europe there was a strong mix of people a few hundred years ago. The Slavic names of Bohemian villages sounded incomprehensible to German-speaking people. When Bohemia was almost completely destroyed in the Thirty Years’ War, the phrase became famous. Because now one not only no longer understood the place names, but also no longer recognized the villages.

17) "Full board"! Where does this term come from??
Comes from the music jargon of the 70s. The guitar is the board that you can fully reach.

18) "blue letter" – why is it called that?
In the 18th century, the king’s orders were sent in sealed and opaque envelopes. The paper used for this was made from rags at the time and was particularly often made from remnants of the Prussian army (Prussian blue).

19) Why are policemen sometimes called bulls??
Ethnologically, the word goes back to head / clever head (Dutch). It was originally a positive term and apparently it will again with the series "The Bulle of Tölz".

20) Where does the term come from? "scorcher"?
An augmentative education. An animal word is used to achieve reinforcement.