Lighthouse Westerhever: vastness and loneliness on the North Sea 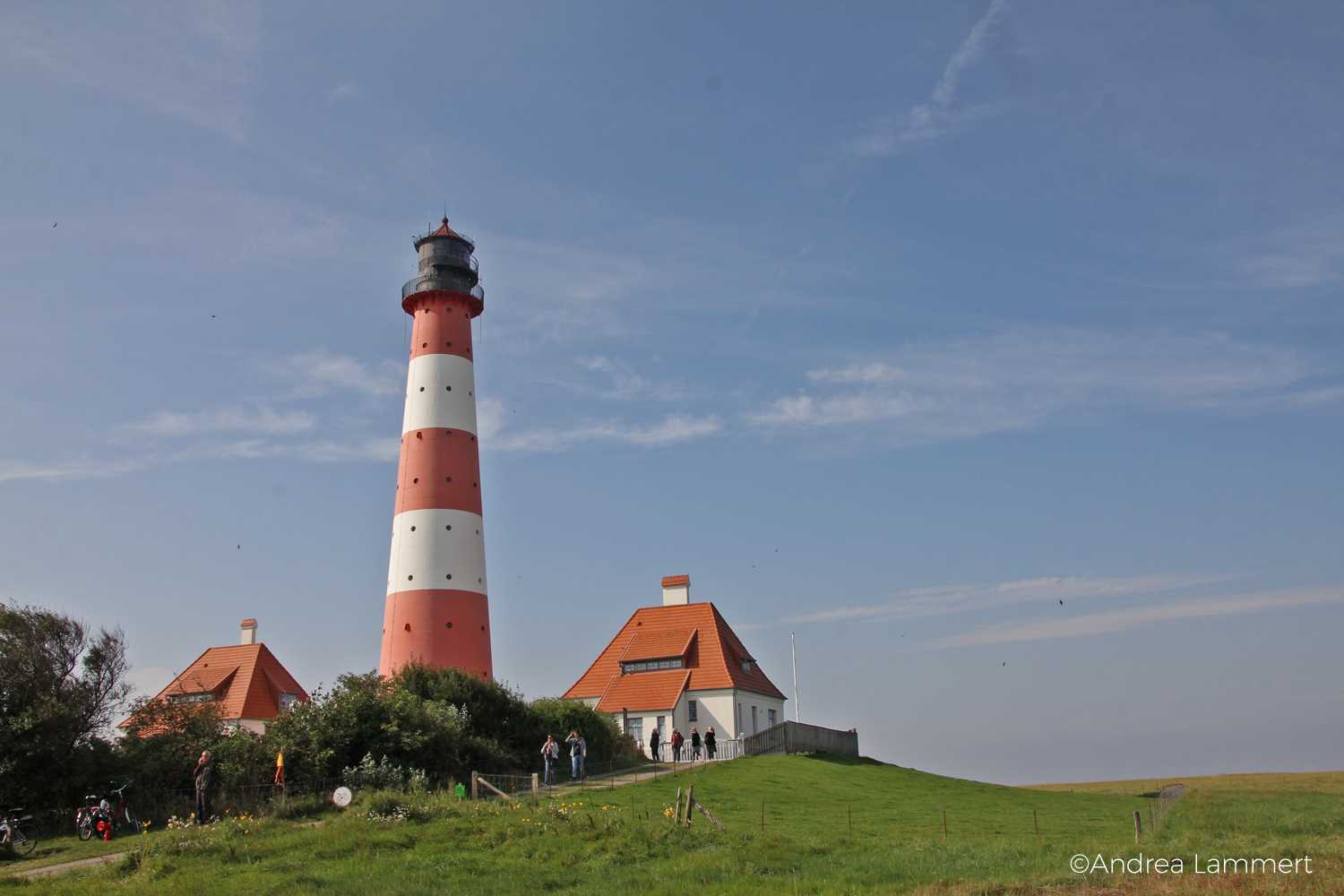 Westerhever is one of the major attractions of the North Sea coast. Le > A large parking lot with barrier, a snack and a horse-drawn carriage, for the North Sea coast Schleswiig-Holstein is pretty much going on here. No wonder, the lighthouse Westerhever is one of the landmarks of the region, even if many probably put it after Jever in the head when they see photos. This is due to the beer advertisement that showed the lighthouse in a Jever Pils TV commercial. But he is on Eiderstedt, the large peninsula in the back of St. Peter-Ording. 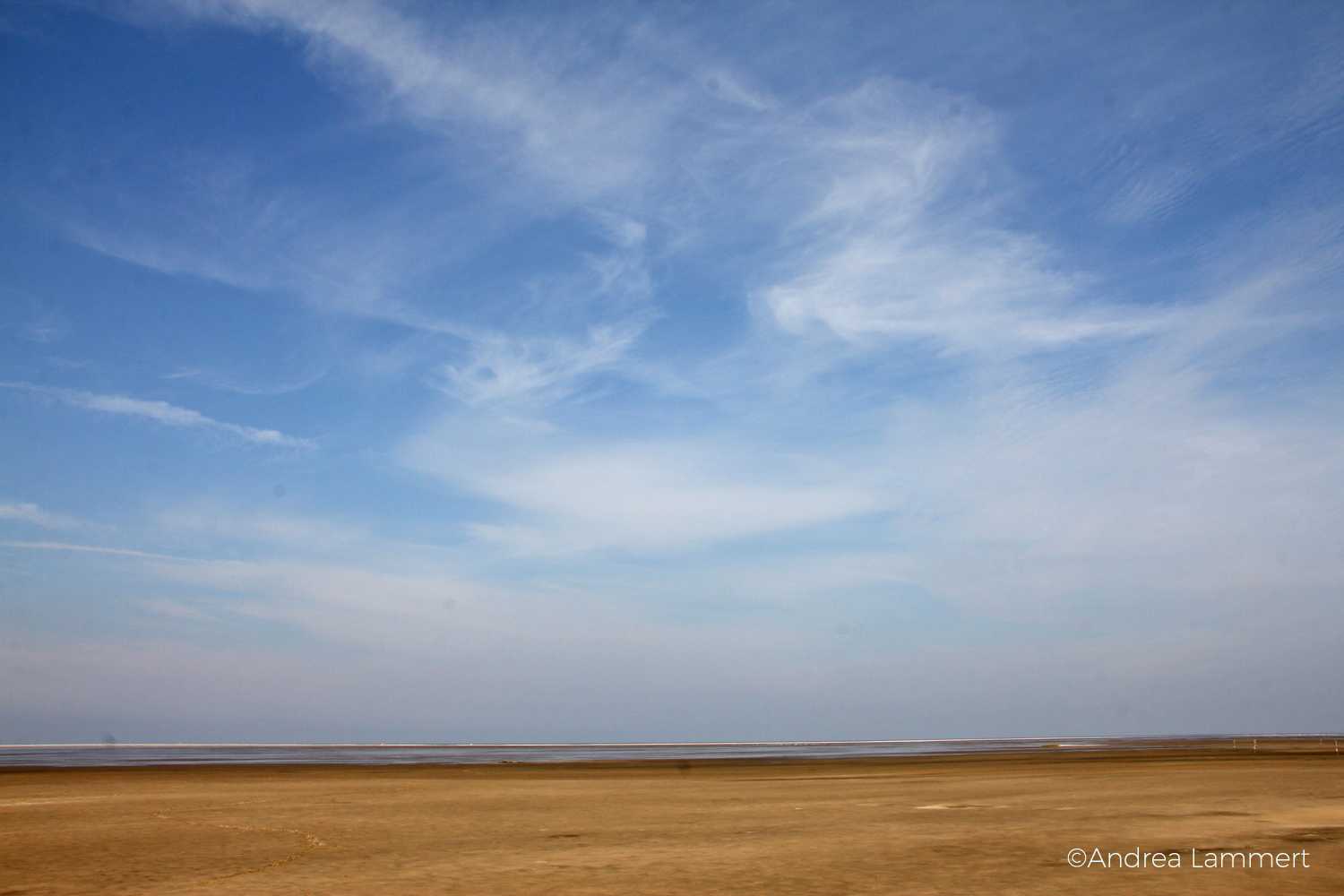 The beautiful sandy beach at Westerhever 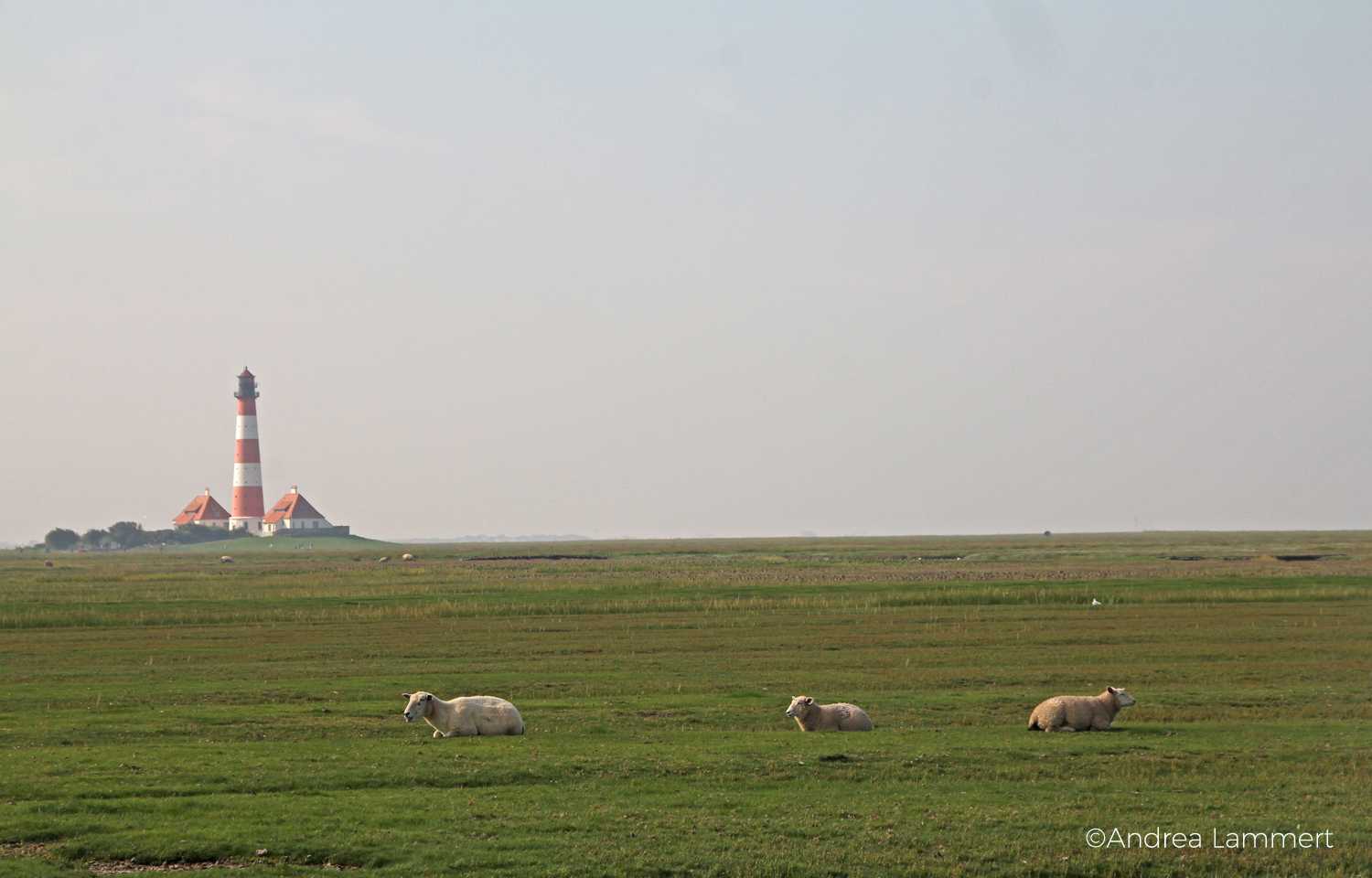 While things are going on rather leisurely everywhere, things are getting hectic, a real tourist highlight. Actually, I just want to pay a mandatory visit and I’m a bit annoyed, because it feels like flowing with a stream of people to a sight. But as I go over the dike, my opinion changes abruptly. Because in the distance, many people lose themselves very fast and it does not seem overcrowded at all. Instead, however, a wonderful landscape unfolds there, where sheep everywhere look around the corner. 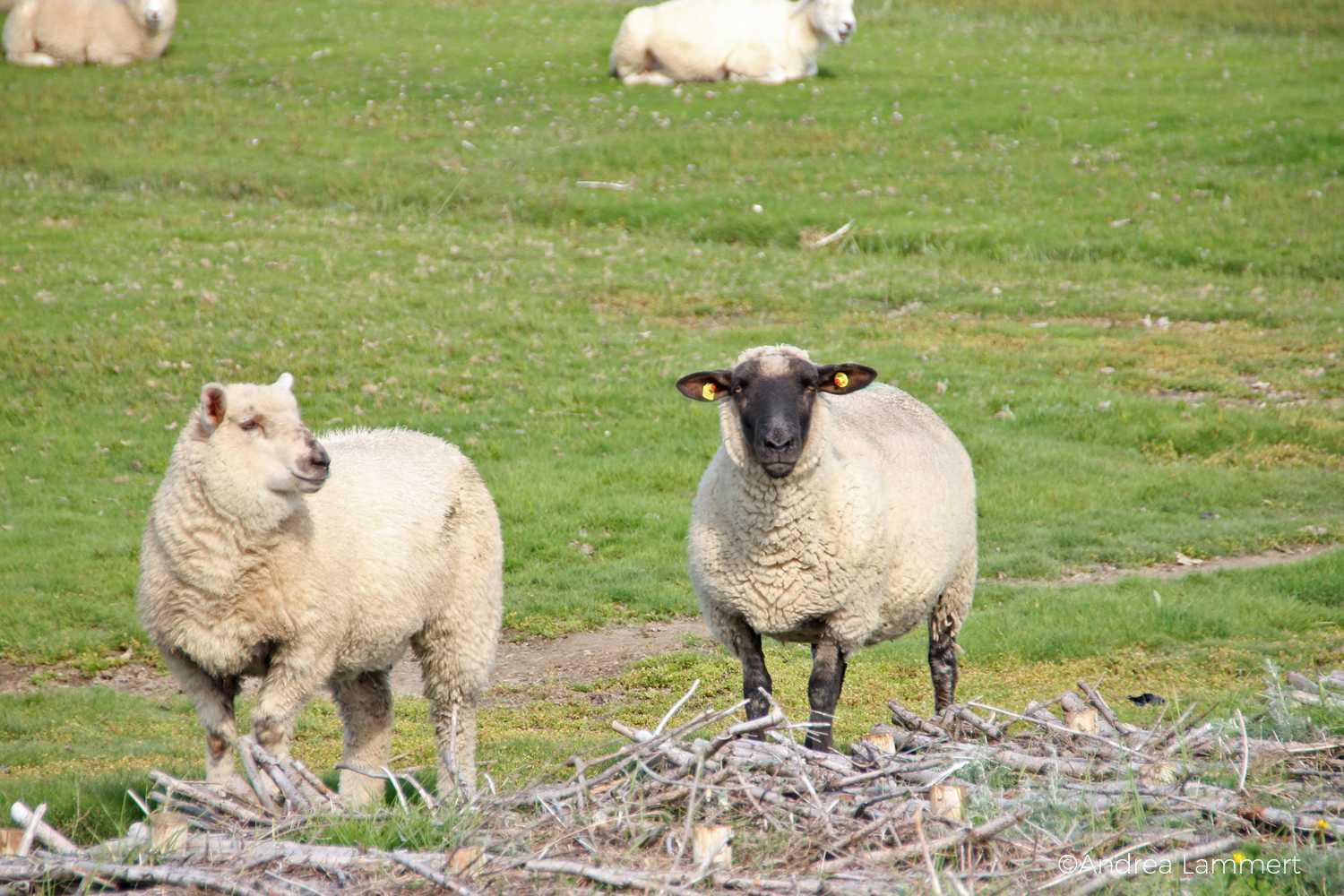 The landscape gardeners of the North Sea – sheep 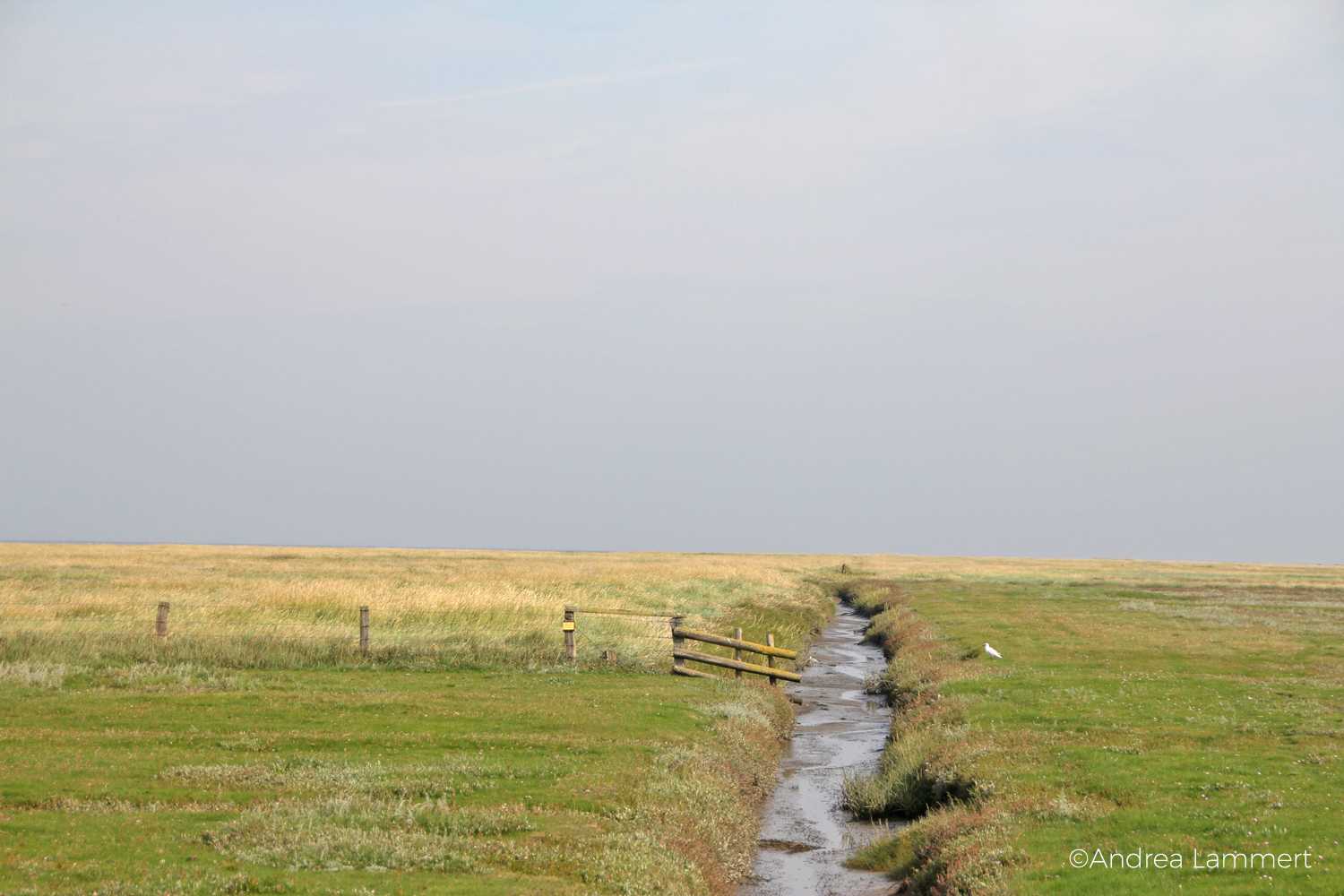 This is typical North Sea

But the most beautiful thing for me was the play of light with the grass, the late flowers and the small ditches that were once pulled here for land reclamation. The hike takes half an hour and leads over a well-developed asphalt road in the loneliness, because all around is nothing. In this loneliness live young volunteers, count birds, make better fences or inform visitors who want to make smart about the Wadden Sea, because at the lighthouse there is also a protective station of the Wadden Sea. With small research station and even aquariums. 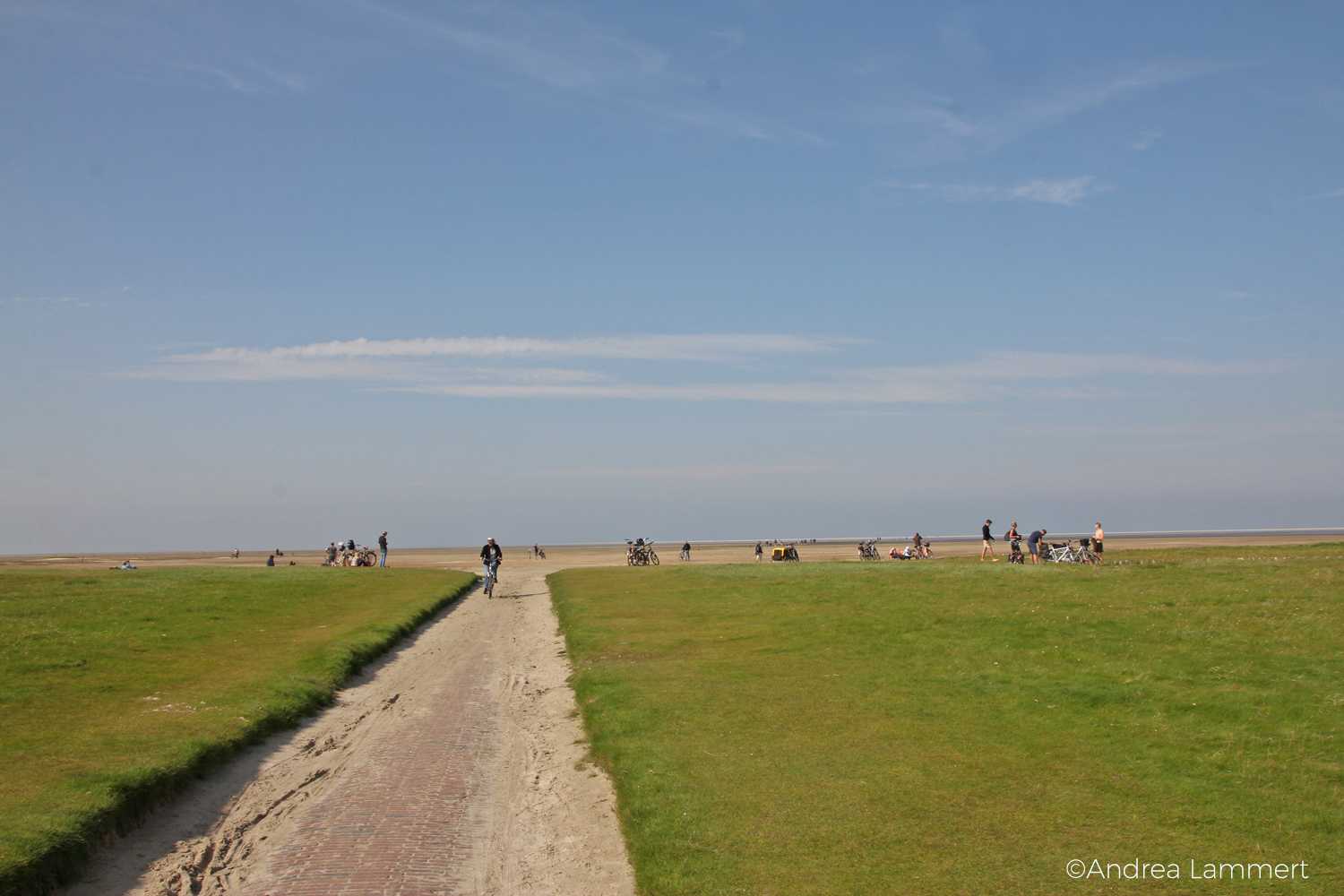 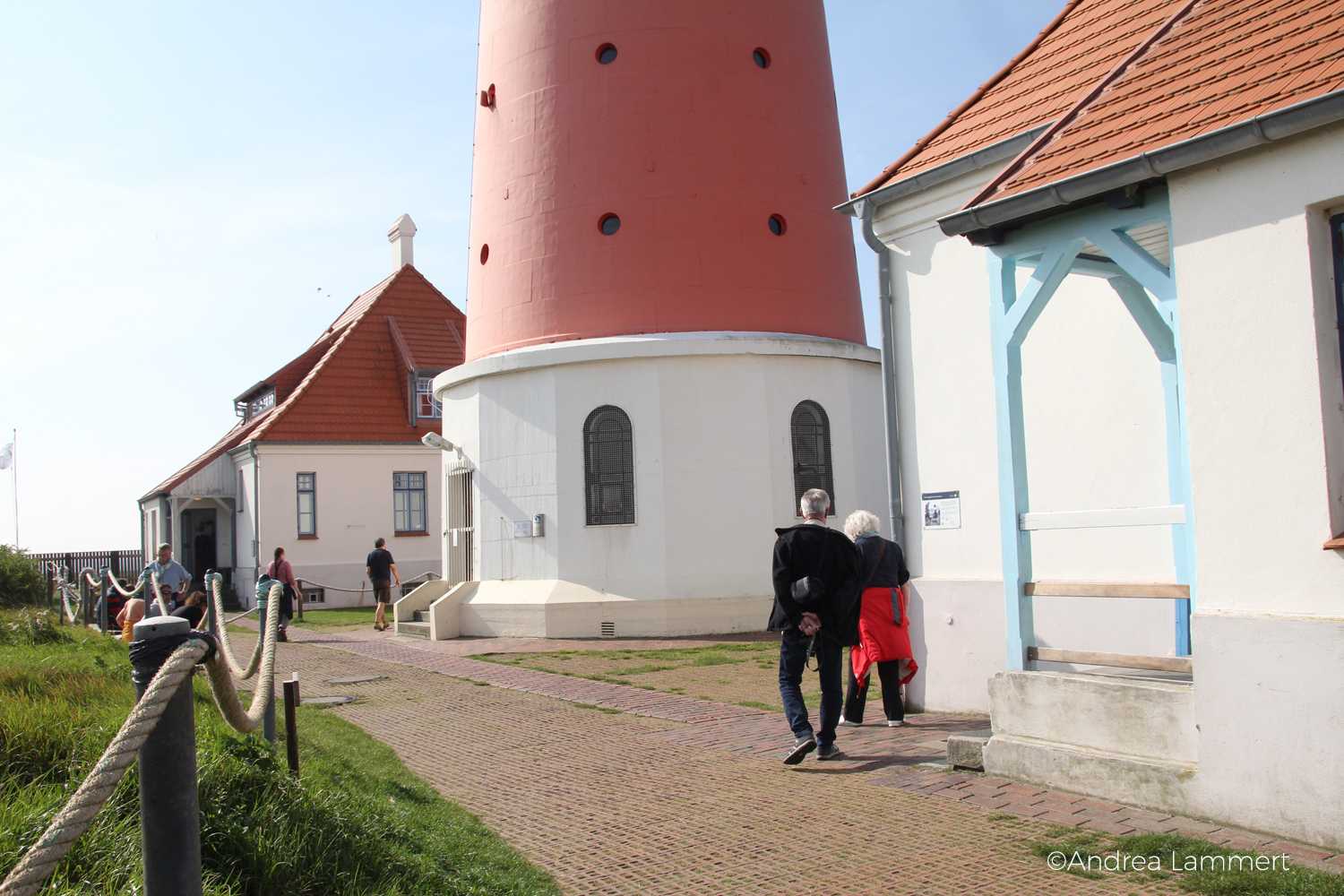 Finally at the lighthouse. If you want to get high, you have to buy your tickets at the parking lot. 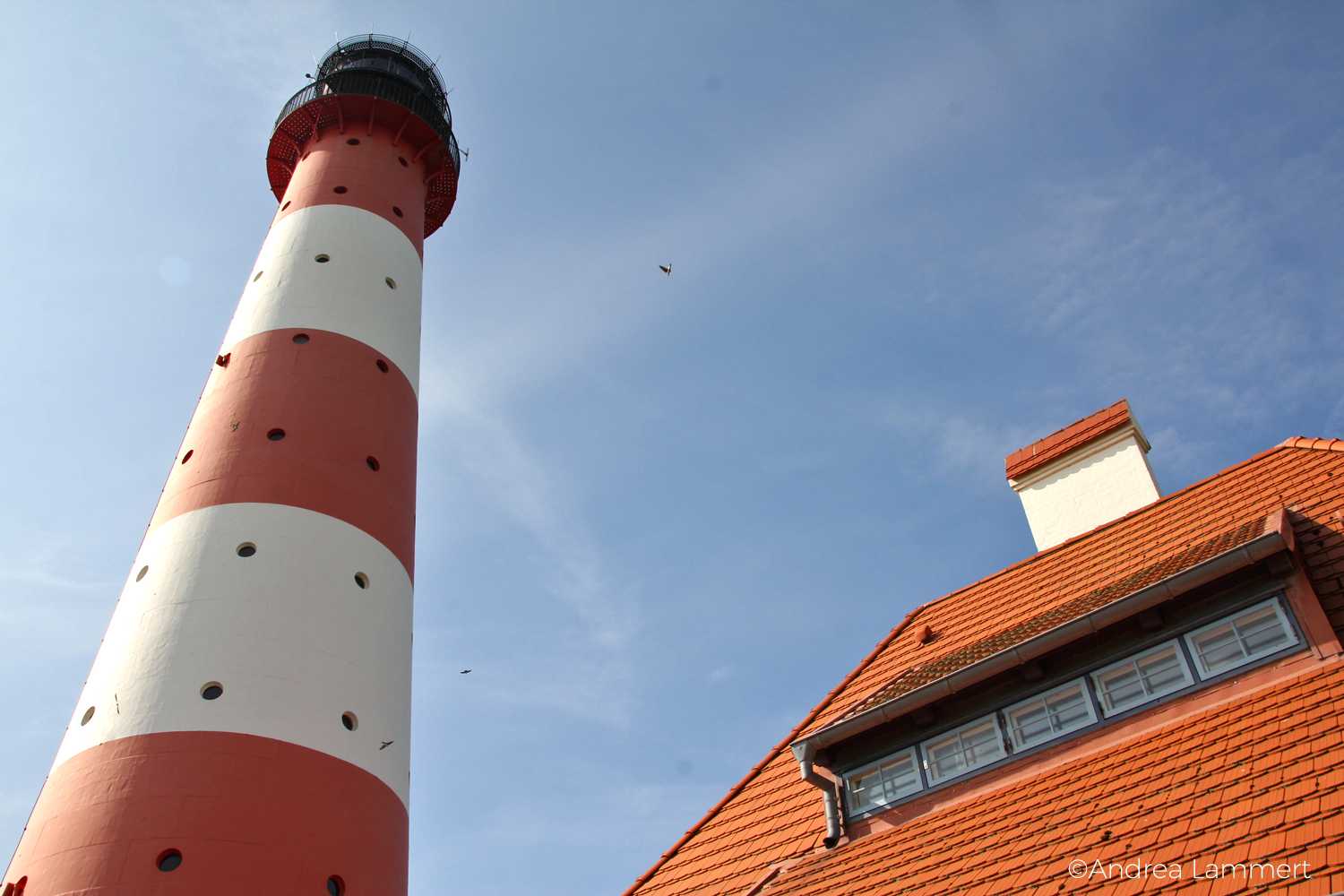 It is not more typical than red-white-curled, or? 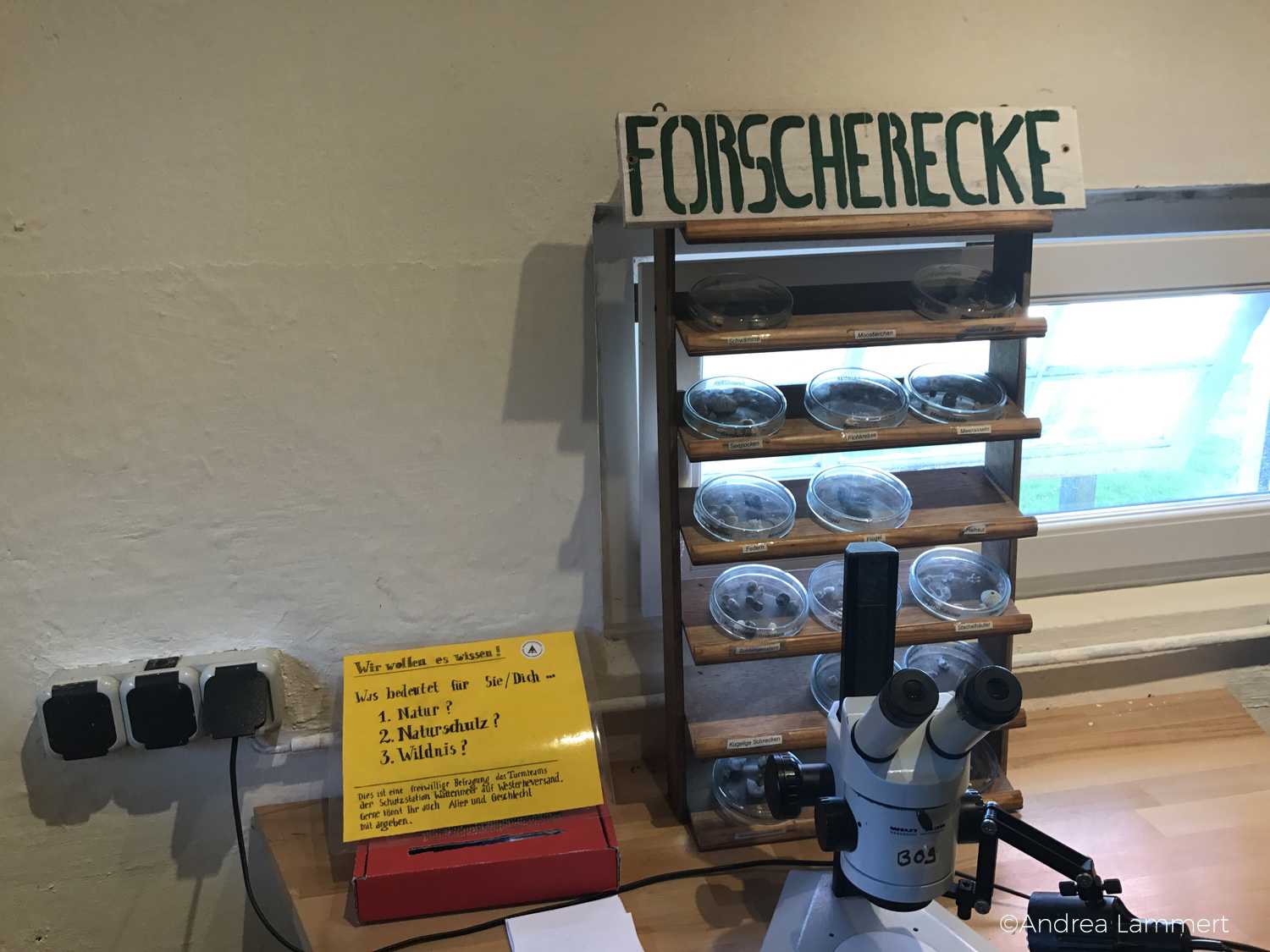 Not only exciting for children: Wattstation at the lighthouse Westerhever 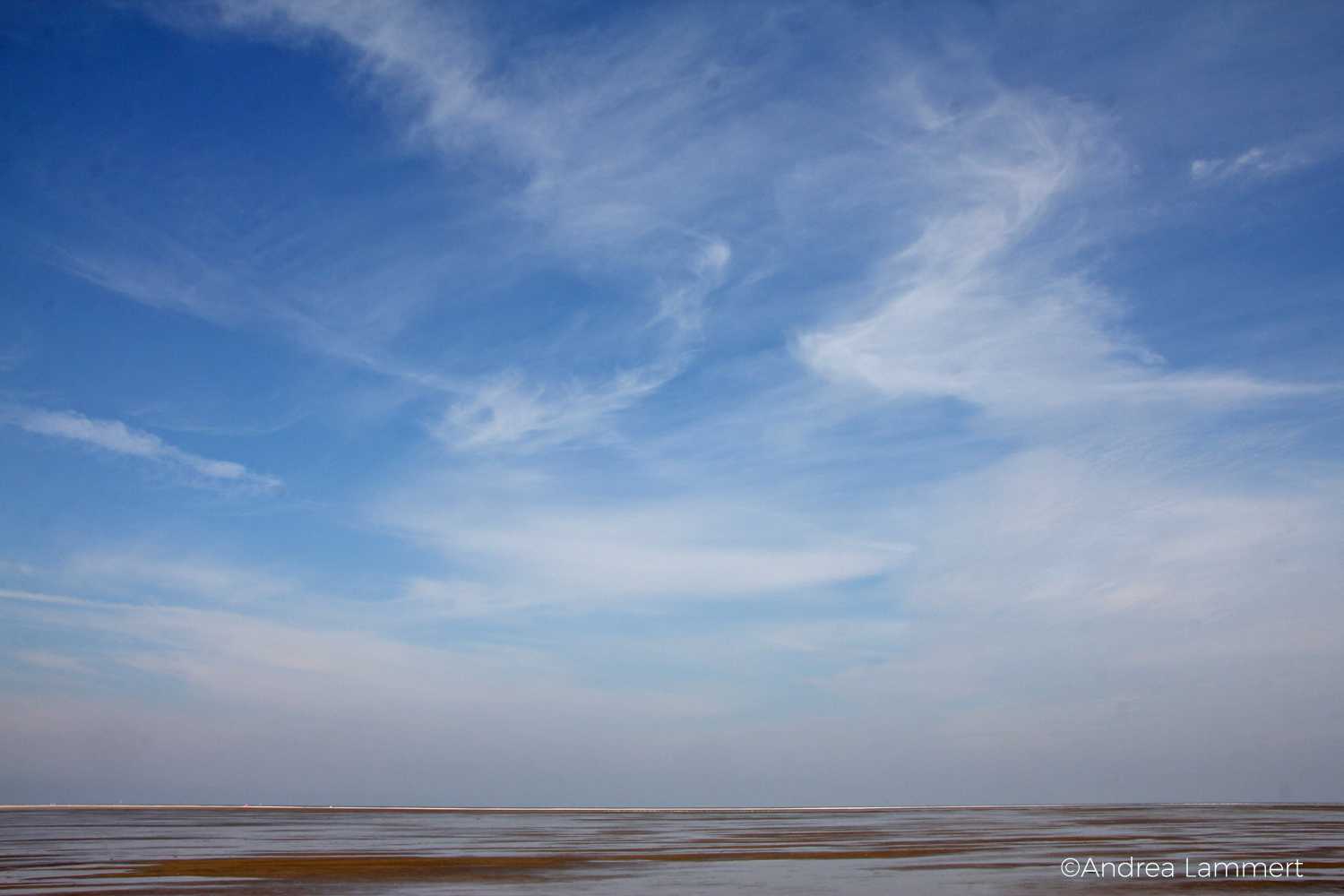 This is pure North Sea

Unfortunately, I can not speak to the adolescent who spends his voluntary, ecoligical year here because he is so involved in the conversation with a bird lover and over hawks, black terns and white-tailed eagles. In addition, just nice weather is out and on the North Sea you never know how long that still remains so, out again. Actually, the path leads back over an old brick path, but as always the sea calls me and I make my way to the sandbank. Here it is actually a bit like in Sankt Peter-Ording. Only very lonely. The beach is wide and where the eye looks, there is sand. A little way leads through the mudflats to the sandbank, but there you are now completely alone. A perfect North Sea course. Information Lighthouse Westerhever:

The lighthouse Westerhever was built in 1906 on a mound (piled up hill). It is operated automatically today, until 1978 was here still a lighthouse keeper operates. Up to the top there are 157 steps. Landmarks of the place are the two identical guards, flanking him right and left. Admission: 5 euros (children 2.50, they are only allowed from the age of 8 years on the tower). The tower inspection must be booked at the parking lot, at the lighthouse one can not get a ticket. Behind the parking lot, a sheep farm sells feta cheese, sausage and souvenirs. You can also take the carriage to the lighthouse. Or by bike. 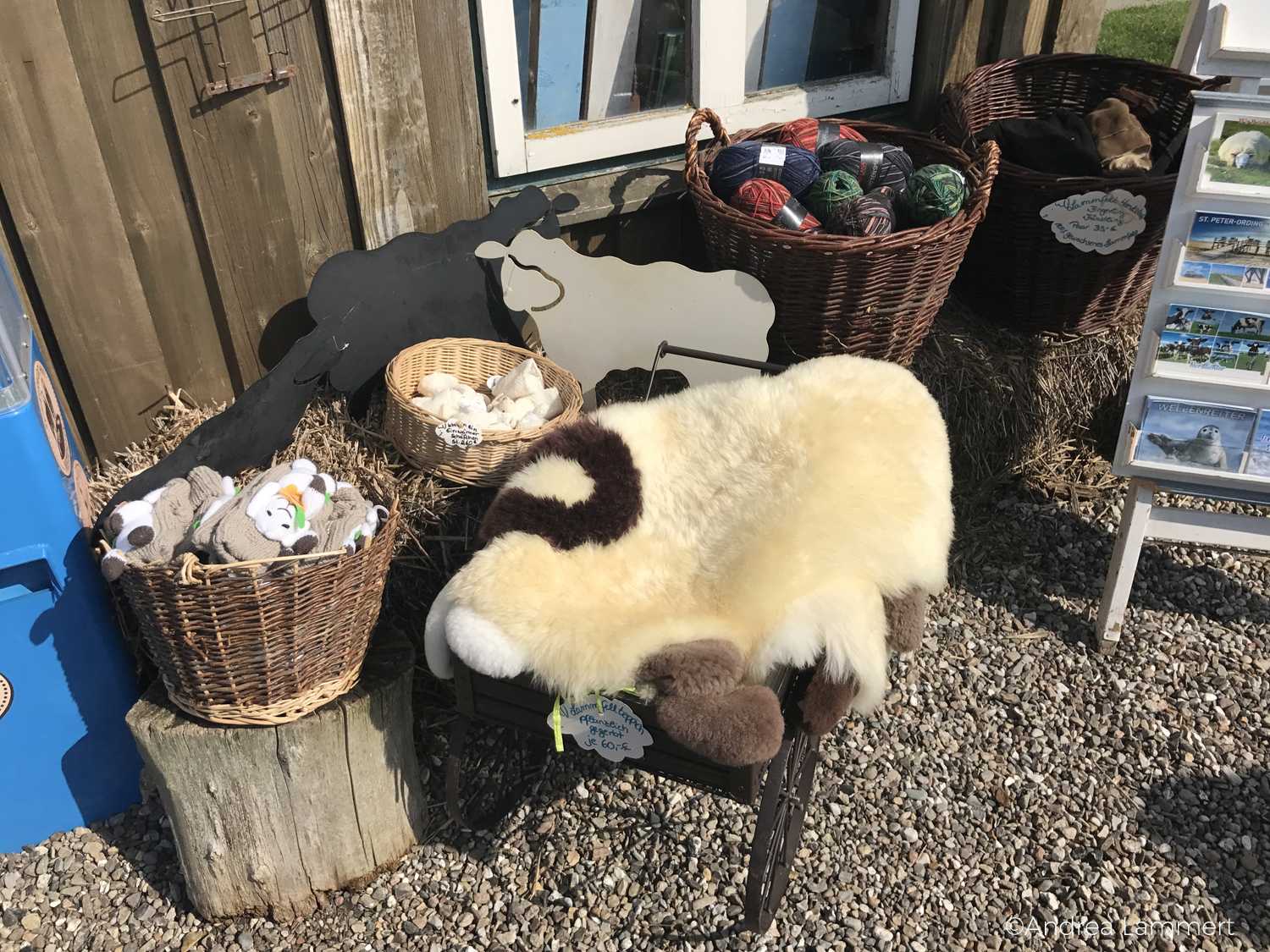