Litsch: Spahn is on the regulatory wood way 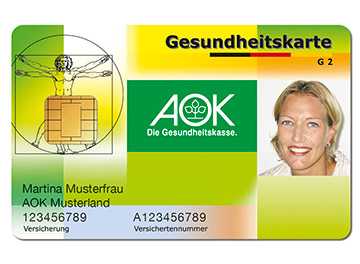 (16.04.19) The AOK community affirms in its statement today on the draft bill of the so-called "Faire Choice of Insurance Act" (GKV-FKG) their criticism of the plans of the Federal Minister of Health: "Mr. Spahn is on the regulatory path", says Martin Litsch, CEO of the AOK Federal Association, on the occasion of the presentation of the paper. The intention to force the regional health insurance companies to open nationwide does not make the election of the election fairer, but rather leads to a false cash competition: "Good and tailor-made supply contracts are created especially where local knowledge, a high market share and regional commitment are available. Only then will both sufficient human resources and financial resources be available to bring innovative forms of care into being and bring them forward", so lychee. An opening of the regional funds for insured persons from other regions would therefore not lead to a better supply, but to a one-sided focus on price competition. Therefore, the law is a sham.

Centralization and standardization instead of supply competition

The competition for the cheapest contribution rate, which is promoted with the GKV-FKG, interest "especially young and healthy insured", so lychee. For insured groups such as the chronically ill, who depend on high-quality health care providers on-site, the whole thing has no added value. Due to the specific structures of the service providers in each region, not every successful contract can be easily transferred from one region to another. For example, the family doctor model of AOK Baden-Württemberg makes no sense for an insured person joining him in Hamburg. "The regulatory goal of opening remains completely unclear", criticizes lychee. Instead of expanding the room for maneuver of the coffers locally, the law relies on centralization and standardization of supply structures. Currently, the eleven AOKs have numerous innovative and region-specific supply contracts and more than 1,200 branches, while many nationwide competing funds have withdrawn from the supply control and the area.

Lawyers see approval of the countries

In this context, the AOK Board of Management points out that the changes in the law governing organizational law require the approval of the federal states from the point of view of AOK’s legal experts: "Both the Basic Law and the social legislation provide for a separation of the cash structures and the supervision at the federal and state levels", so lychee. The immediate legal introduction of a uniform legal supervision therefore requires an amendment of the Basic Law. However, the path taken by the GKV-FKG instead of indirect relocation by means of de-regionalization requires administrative follow-up regulations with effect for the Länder: "The existing administrative structures at Land level are no longer compatible with the new rules of the cash organization." The necessary new regulation on the future constitution and task perception of the health and long-term care funds in the contractual supply at the state level was simply missing from the bill.

RSA part: something for everyone

The AOK sees the plans contained in the draft bill for the further development of the morbidity-oriented risk structure compensation (Morbi-RSA) between the health insurances differentiated: The planned introduction of a full-scale disease model as well as age interaction terms are stringent, says the Deputy Chairman of the AOK-Bundesverband, Jens Martin Hoyer: "All experts agree that these measures lead to a significant improvement in the target accuracy of sick and healthy insured persons." On the other hand, the proposed non-inclusion of persons earning a pension would contradict the recommendations of the experts from the report of the Scientific Advisory Council to the Federal Insurance Office. "This is politically fatal and exposes a particularly vulnerable group of insureds massive incentives for risk selection", so Hoyer. The introduction of a so-called regional component turns out on closer inspection than "disguised metropolitan surcharge". Such a measure will channel funds from underdeveloped, often rural regions to over-served urban areas.

The risk pool for cost-intensive diseases, which is also planned, is not expedient from the point of view of the AOK. "The full-scale model should ensure that in future all expenditure-intensive illnesses will be paid extra. Therefore, before creating an additional risk pool, the effect of the full model should first be observed and then sought in the logic of the RSA for approaches to reducing any remaining shortages. On the other hand, an actual cost offset sets false incentives, especially since a risk pool would involve a high administrative and testing effort."

The AOK also welcomes measures to strengthen the tamper resistance in the data bases for the RSA. However, these would have to be calculable and create legal certainty. In addition, they are likely to counteract non-targeted care contracts, including the remuneration for medical services. "We support the existing ban on the payment of diagnostic coding and the introduction of ambulatory coding guidelines", so Hoyer. From the point of view of the AOK community, however, there is a danger that the law will overshoot the target: for example, the reimbursement of benefits that are specifically offered to special patient groups with certain illnesses for medical reasons should only be based on one "general concept of illness" be allowed. "That would be a knockout criterion for many care contracts for specific groups of patients", criticizes Jens Martin Hoyer.

The entire statement on the hearing at the Federal Ministry of Health on 6 May is available for download on the website of the AOK Federal Association.

Already on Friday (April 12), the Supervisory Board of the AOK Federal Association had passed a resolution on the draft bill for the GKV-FKG. In it, the body emphasizes the importance of social self-government in the health sector, rejects the planned by Federal Minister of Health Jens Spahn nationwide opening of the AOKs strictly and criticized sharply "the policy of increasingly ministerial health care". The resolution is also available for download.