According to the Federal Statistical Office, around 20 percent of all employees in Germany have an income that is only slightly above the poverty line. However, there are some differences between those on low wages and those on low wages. What exactly is a low earner? Do taxes have to be paid in this income class? What about part-time jobs and government grants? This guide contains all important information.

The importance of low earnings

What is a low earner??

The term low wages is ambivalent, because a distinction must be made between the low wage earner in general language use and the social security aspects when defining the term. In everyday life, but also in the language of politicians and authorities, low income means Employment relationship that is rewarded with less than 9.00 euros per hour. Low-income workers are often affected by hairdressing or retailing. As a result, around 20 percent of employees in Germany are considered low earners. Interns also belong to this group. The low-wage workers are by no means exclusively unskilled workers. Low-income people with no prospect of an increase in salary also affect people who have completed their training or studies.

Social security law clearly defines low-wage earners in section 20 (3) SGB IV as: "Insured persons who are employed for their vocational training receive a wage that per month does not exceed 325 euros, or insured persons who perform a voluntary social year or a voluntary ecological year within the meaning of the Youth Voluntary Service Act or a federal voluntary service according to the Federal Voluntary Service Act. "

According to the law, a low earner is

These low-wage earners should not be confused with marginally employed people in so-called mini-jobs, which are paid a maximum of 450 euros per month. 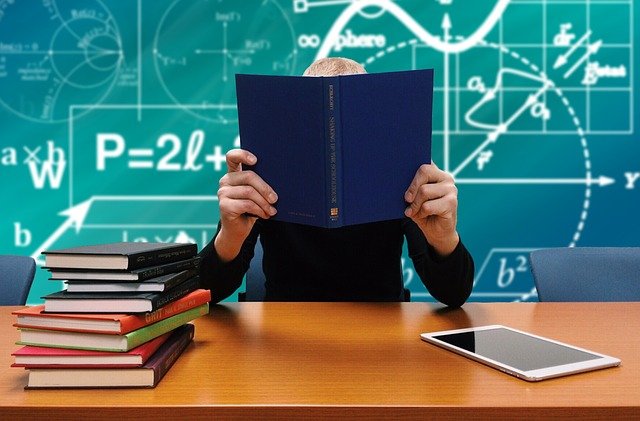 The term low wages is ambivalent, because a distinction must be made between the low wage earner in general language use and the social security aspects when defining the term.

If you create the definition of social insurance for low earners, they remain in the group Apprentices and interns, who earn a maximum of 325 euros a month. You are with it exempt from social security contributions, what the simple equation gross = net means for the trainee. If the training allowance is higher, appropriate fees are paid.

What should low-income earners consider when doing a side job?

Many apprentices increase their training fees through mini-jobs. A part-time job is generally permitted during training, unless the employment contract specifies otherwise. The Employers must be informed about the part-time job and can prohibit this if he fears that the performance of the trainee will be negatively affected. The employer also does not have to tolerate a part-time job at a competing company; the competition ban applies to adults. The Working hours of the part-time job depends on the number of hours to be worked in the training profession. Those under the age of 18 are allowed to work 40 hours a week according to the youth protection law. A maximum of 48 hours per week and six working days per week are permitted for adults.

Below is an example of how contributions are structured if the low-income earner takes on a mini job in addition to the training.

Example: A trainee with a mini job

A trainee earns 300 euros per month in the first year of training. She also waits at the weekend, for which she receives 250 euros a month. The apprenticeship is considered to be their main profession, which is subject to insurance. Training fees and mini-jobs are not added to a total salary. The mini job as a waitress is insurance-free in all branches of insurance. The employer of the mini-job must pay the lump-sum contributions to pension and health insurance that are incurred for the mini-jobber. For long-term absence from work, special provisions apply for receiving sickness benefit.

Special payments for low earners: where are the limits?

Benefits such as Christmas bonuses or holiday bonuses quickly exceed the low-wage limit of EUR 325 per month. Anything over 325 euros will be used for social security contributions. In this case, employer and employee have to pay equally. Since 2015 the legal basis for one-time special payments extended. In the case of a one-off special payment, an employer must take over the additional contribution to the statutory health insurance fund, regardless of which health insurance company it is and whether it makes a contribution.

The low wage limit is relevant for the period of vocational training or the internship. The employer has to pay the employee shares with this concept. He must not deduct or retain these costs from the trainee’s wages. Those who are not in vocational training are not exempt from these taxes. If the salary is 325 euros or less per month, it is one Minijob. Mini-jobbers remain free of charge in work and long-term care insurance, although they have been compulsorily insured in pension insurance since December 31, 2012.

The low earner and his marital status

A change in marital status has for low earners none during training importance. The same applies to the trainee after Gross marriage = net. The only thing that changes in married couples is the tax bracket. In tax class 1, which includes unmarried, childless trainees, wage taxes apply from an annual income of € 8,820.

What contributions does the employer have to pay for low earners??

Under certain circumstances, the employer must supplement the additional contribution for childless in the social Nursing care insurance of 0.25% numbers. in the "Law on the Consideration of Child Raising in the Right to Contribution to Social Care Insurance", Known as the Child Consideration Act, the premium surcharge for childless people was introduced on January 1st, 2005 in the amount of 0.25%. The employee usually wears this alone.

The exception – trainees under the age of 23

An exception applies to those who have not yet reached the age of 23. If a trainee is older, this additional contribution is borne by him as a low earner. Parental status is an exception. This is to be proven by providing the relevant documents. For an employer, this means that for a low-earning trainee depending on their age and marital status a third of the wages may be required for social security contributions. An employer who does not pay the contributions or fails to pay them on time must face severe penalties. However, the benefits of the low-wage earner in social insurance are retained.

How the employer’s share of social security to calculate, is explained using two case studies.

Case study 1 – A childless trainee without a mini job

The trainee is 19 years old and has no children, so there is no additional contribution to nursing care insurance. The training allowance is 300 euros per month. This places the trainee in the low-wage category. This means that the employer must pay and pay all social security contributions. The line items in 2017 are as follows:

The employer’s share of statutory health insurance companies is usually 7.30%, and that of the employee as well. This regulation does not apply to low earners. The does not matter for the employee Additional contribution in health insurance. This is set uniformly for low earners and was 1.1% in 2017. For the calculation, this means that 14.6% and 1.1% are to be collected for the health insurance. There are different regulations in the state of Saxony. Here, the shares of employees and employers are distributed differently, which is irrelevant in the case of low-wage earners, since the employer pays alone.

If the trainee has reached the age of 23, care insurance would have to be paid, due to the additional contribution, 8.40 euros instead of 7.65 euros.

Case study 2 – a childless trainee with a special payment

The 20-year-old trainee from Cologne receives a monthly remuneration of 300 euros in the first year of the apprenticeship and an additional 100 euros of holiday pay from the employer. Up to an amount of 325 euros, the employee has no contributions. Up to this limit, the employer is obliged to pay the full social security contributions. For the difference of 75 euros, the normal calculations for contributions are to be used, which means:

Employees and employers each bear 50%. In health insurance, 8.4% is for the employee, the employer bears 7.3%. If a trainee has reached the age of 23 and is childless, an additional 0.25% contribution is payable in nursing care insurance, which is not relevant for the example above If you live in Saxony, the special features of the federal state with regard to long-term care insurance must be observed, but this does not apply to Cologne

The threshold for low earners can be exceeded once or in individual months.

During vocational training have low earners Maintenance claims against their parents. This is especially important when state aid and grants are out of the question because the parents earn too much. Parents are entitled to child benefit during training, which is paid up to the age of 25. Parents can offset child benefit against child support. The child benefit is not to be confused with the amount that a low-income earner receives from the family fund for possible children of his own.

As a low-earner, it is hardly possible for a trainee to make a living entirely himself. In the Social Code, the legislator therefore stipulated that under certain conditions Vocational training allowance (BAB) is granted. The payment is made by the Federal Employment Agency. The grant applies during the first and a state-recognized training. Minors receive BAB if they are unable to live with their parents due to the distance to the training location or serious social reasons. The application, which must be accompanied by the parents’ proof of earnings, is submitted to the Federal Employment Agency. Payment is made from the month in which the application is received, so it is advisable to submit it in good time.

The vocational training allowance includes a flat-rate subsidy for rent, which usually does not cover the costs. For this reason, a low-income earner can additionally Apply for housing allowance or rent allowance. This grant is not the same as the usual housing allowance. According to Section 22 Paragraph 7 SGB II, rent allowance can be applied for if the vocational training allowance has been rejected because it is the second apprenticeship or the parents earn too much. In the case of under 25-year-olds, the rent allowance must be applied for from the ARGE or the job center before moving. Anyone who is in the second training course and is not entitled to a BAB can apply for housing benefit.

What are the demands of low earners with children??

Low earners are entitled to a loan?

Anyone who has additional income in addition to low earnings has the chance and opportunity to get a loan from VEXCASH online. The request for this is free of charge and has no effect on your own Schufa score. With these two advantages, VEXCASH offer stands out from normal banks and lenders.

How are taxes for low earners calculated??

Low-income earners with a monthly salary of up to 325 euros do not have to pay either income tax or church tax. An income of up to 735 euros a month, or 8,820 euros a year untaxed. For married couples, the double amount of 17,640 euros applies. The tax bracket is irrelevant. This basic allowance applies to every employee. Specific tax guidelines apply to students.