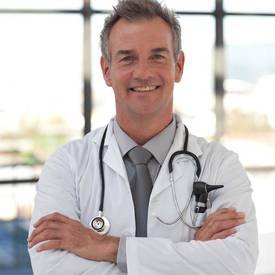 In almost all cases, Lyme disease is transmitted by a tick stick. About every fifth tick has the Lyme pathogen in it. They usually stab in the armpits, in the pubic area or on the head. But tick bites can also appear in other parts of the body. Round redness is the most common characteristic. This expands outwards and becomes increasingly lighter in the middle.

This redness does not hurt because the ticks secrete an analgesic. Occasionally, however, the redness can itch. If left untreated, the redness can go away on its own, but often reappears in different parts of the body. That is why it is also referred to as a blush.

Occasionally, Lyme disease is accompanied by other symptoms. For example, from tiredness, headache, mild fever or swollen lymph nodes. However, these symptoms are rare. If left untreated, Lyme disease in children can lead to meningitis or inflammation of the brain. Joint pain and arthritis are also not uncommon. The heart can also be affected very late by the Lyme disease. It does not always have to happen that Lyme disease occurs immediately after the sting. Occasionally it only comes after months or even years, that symptoms of Lyme disease, such as joint inflammation, become noticeable.

There is no direct protection in the form of a vaccination against Lyme disease. However, a lot can be achieved through vigilance. If your child has played in the forest, be sure to check whether there is a tick attached to it. If necessary, you should remove them with gloves and tweezers. Make sure that you pull it straight out and do not crush it. Otherwise the teeth of the tick can get stuck or the Lyme pathogens can be pushed out of it. The sooner that happens, the better. It is only at the end of the blood meal that the Lyme pathogens are released into the human body from the tick’s gastric tract. With long-sleeved T-shirts and long trousers, you can also ensure that the tick does not easily find a point where it can bite. So-called tick sprays can also help, but are not reliable protection.

Diagnosis and therapy of Lyme disease in children

The diagnosis at the pediatrician is based on a blood test. Through this can the pediatrician determine whether there are Lyme pathogens in the blood and whether they have already penetrated the spinal fluid; if this is not the case, Lyme disease can be combated with antibiotics. The child will be completely healthy again within two to three weeks.

If the Lyme disease was not recognized in time, it can lead to complications. These diseases then have to be treated individually. However, it is not always possible to make a child completely healthy again. Joint pain occurs again and again even after years if a child had Lyme disease. So if you notice an unusual reddening on your child’s skin, you should have it checked by the pediatrician for safety reasons.