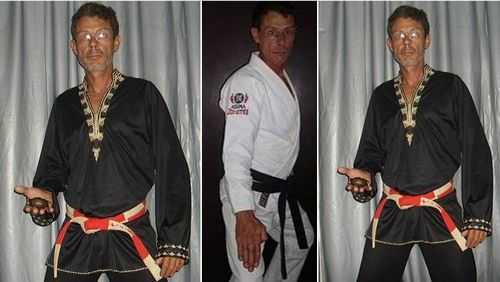 Your trip to Madagascar

Explore the unique flora and fauna of the fourth largest island in the world with Ivanowski’s Travels. Due to its independent nature, which has developed over time, Madgaskar is also called like the “sixth continent” and is still traded among connoisseurs as an insider tip. Few European tourists travel to the island nation in the Indian Ocean.

We have put together a small selection of individually guided tours in Madagascar for you. You may also want to round off your trip to southern or eastern Africa with a swim extension on Madagascar’s Nosy Be and Sainte Marie islands. Contact us for your individual travel wishes.

Madagascar is a world of its own – flora and fauna are so unique that the African island is often referred to as the “sixth continent”. Madagascar travel is growing in popularity, although few European tourists travel to the island nation in the Indian Ocean. The majority of all animals and plants can only be found here. The scenic diversity of dream beaches, jungle, highlands and the ancient traditions of the cordial population are a delightful mix for an unforgettable holiday. Trekking in the jungle, relaxing on the beach, whale watching or seafood for dinner – these are just a few keywords for your individual holiday in Madagascar. The tourist infrastructure in the coastal areas near the capital Antananarivo is quite well developed. Your tour around Madagascar still requires a pioneering spirit, so all tours of Ivanowski’s Individual Travel are guided by a tour guide and can be booked from two to a maximum of six people.

The dream beaches of Madagascar attract more and more visitors. Ivanowski’s Individual Travel offers you the possibility of a bathing holiday in Madagascar. These are a nice end to your trip to Africa and show you a completely different impression of Africa.

The six-day beach holiday on Sainte Marie, a former pirate island, begins and ends in the capital Antananarivo. The less sun-kissed, but green and original bathing paradise of Sainte Marie (or Malagasy Nosy Boraha) offers beautiful beaches for swimming, snorkelling and diving. From July to October whales can be observed. Both tours can be booked in two different versions from two persons.

In general, the months from July to November can be described as the best travel time for Madagascar, with a trip to the south of the country also offering year-round. But the climate table of Antsiranana in the north:

And the climate table of Tolagnaro in the south:

The months from July to October are the right time for whale watching in Madagascar: in the warm waters of the Indian Ocean, the humpback whales give birth to their young. Humpback whales reach an average height of about 13 meters. They are known for their whale song. Ideal for whale watching is the small island of Sainte Marie (or Malagasy Nosy Boraha) off the northeastern coast of Madagascar. In general, the months from July to November can be described as the best travel time for Madagascar.