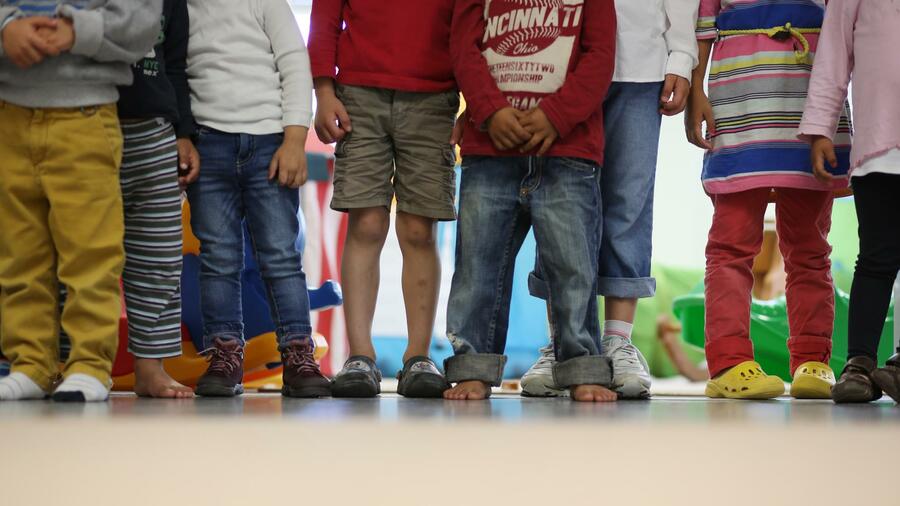 Berlin Two out of three Germans are compulsory for day care for children aged four and over. In the Ifo Education Barometer, which was presented in Berlin on Wednesday, 67 percent spoke in favor of such a regulation. A clear majority of 78 percent also supports that daycare centers should be free for children aged four and over. The SPD education expert Oliver Kaczmarek did not rule out a daycare requirement on Wednesday. Family and education politicians from other parties waved against it.

In the representative survey of the Ifo Institute, people were given their opinion on various reform ideas for the German education system with a view to more equal opportunities for all children questioned. 71 percent of Germans generally believe that the state should spend more money on children from poorer families in order to increase equal opportunities.

Philipp Lergetporer from the Ifo Center for Economics of Education said that the survey showed that there was a great willingness to reform on the subject of education among the population. Of the eight reform proposals that had been submitted to the respondents for evaluation, seven were capable of a majority.

In addition to compulsory daycare and free childcare, a majority also advocates the introduction of all-day schools, more expenditure for disadvantaged schools and higher teacher salaries in so-called focus schools. Most approval gets one Expansion of scholarship programs for low-income students (83 percent).

However, the idea of ​​compulsory kindergarten was immediately rejected on Wednesday by education and family politicians from various parties. Marcus Weinberg from the CDU told the "Welt" that he was firmly convinced that a child should be cared for and earlier education benefit in the daycare. However, one has to respect the individual life models of the families.

No need for kindergarten?

The spokeswoman for the Greens, Margit Stumpp, was also skeptical: Before thinking about a daycare requirement, the already missing places would have to be created and investments had to be made in quality. The introduction of a kindergarten requirement is as superfluous as a goiter, said the AfD education politician Götz Frömming.

The SPD’s spokesman for education policy, Oliver Kaczmarek, referred to the government’s “Good Day Care Act”, which will provide the federal government with 5.5 billion euros over the next few years. "If we find that, despite this offensive, parents decide against a daycare visit and the differences in performance between the children with and without a daycare visit, we would have to think about further steps and should not rule out a daycare obligation," said Kaczmarek of the "world".

The German government has obviously hit a nerve with the “Good Day Care Act”: 84 percent of those surveyed expressed their consent to the “Law on the Further Development of Quality and Participation in Day Care for Children” in the Education Barometer. Family Minister Franziska Giffey (SPD) had christened it the "Good Day Care Law". Only 7 percent said they were very or rather opposed. 10 percent answered “neither for nor against”. The Kita billions can only flow if each federal state has concluded a contract with the federal government, since childcare is a national matter. That should be done in autumn.