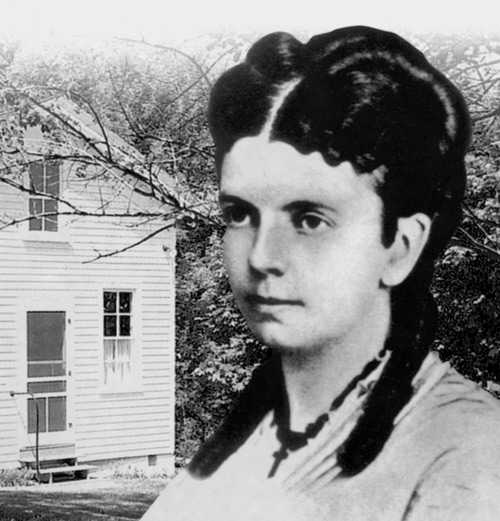 Women in the history of the kindergarten: Margaretha Schurz

In the winter half of 1849/50 Friedrich Fröbel worked on the invitation of the circle around Johanna Goldschmidt and Doris Lütkens in Hamburg and founded one "Citizens Kindergarten", the first "People kindergarten" Germany. Furthermore, he introduced about 22 young girls and women in his pedagogy, of which the world-famous educator once even said that she was "in a language whose clarity he himself would hardly have achieved" (Thorun 1997, p. 123). Among the course participants, besides Malwida von Meysenburg, was 17-year-old Margaretha Meyer, who characterized the founder of the kindergarten in a letter to a friend as follows:

"His cause has enjoyed pretty much general participation. Let me first show his own appearance. Long, straight-parted hair covers a short, pressed-down forehead; a long, curved nose, approaching the chin by age, would give the face the look of ugliness, if not a witty, sparkling eye stamps the original and Attracting imposing. His spirit is fiery, most vigorous for his age, and the mobility of the body harmonizes completely with that; but it is to be lamented that his memory is weakened by age, and often leaves his restless-minded mind in the lurch, which, especially in his lectures, which he habitually holds twice or three times a week, makes it very difficult to understand" (cit., n. Berger 1996, p. 22).

At the time, the young letter writer certainly had not thought that she would once set up the first kindergarten in the United States of America, which she led in the spirit of Froebel’s conception.

Agatha Margaretha Mayer was born on August 29, 1833 in Hamburg "in front of the dam gate" born. Her father, Heinrich Christian Meyer, came from a very poor family. He worked his way up from bitter misery to one "wealthy and influential Hamburg citizens", who actively participated as a merchant in the major economic and political affairs of the Hanseatic city. The mother also came from poor conditions. She died at the age of 40, a few hours after the birth of her eleventh child – Agathe Margaretha. Despite the early mother deprivation, Margaretha grew well protected in the circle of her siblings. The father, who had a strong political, social and religious interest, influenced his youngest daughter in every respect, who very early developed great interest in political, social and religious issues.

As in January 1850 in Hamburg the "College for the female gender", the "should be a nursery of elevated women’s culture" (Bäumer 1939, p. 715), Margaretha Meyer decided to visit this institution, which in 1851 fell victim to the "reaction" has been. Then she went to London. There lived since 1851 her sister Bertha Ronge (divorced Traun), who had launched the first Froebel’s kindergarten in the UK:

"Bertha Ronge worked in countless lectures for Friedrich Fröbel, organized exhibitions on Fröbel’s employment and published together with her husband the at that time highly acclaimed book ‘Practial guide to the English Children’s Garden’" (Thorun 1997, p. 124).

In the sister’s house Margarethe Meyer learned the "1848 Revolutionary" Know and love Carl Schurz. The two married on July 6, 1852. In the same year, the young couple emigrated to America. Once there, they bought "Land and settled in Watertown / Wisconsin. When the eldest daughter was three years old, Margaretha opened the first kindergarten in America in 1856, following Froebel’s model in the rural town of Watertown. It was a German-speaking kindergarten. More than 60 percent of Wisconsin’s population spoke German. Soon after Margaretha Meyer-Schurz’s founding of a kindergarten, kindergartens were set up in other cities in accordance with this model and by schoolchildren Fröbel" (Riedmann 1995, p. 45). Margaretha Schurz wrote about her kindergarten to a friend in Hamburg:

"It is certain that Friedrich Froebel’s kindergarten work, starting with his mother and Koseliedern, through all his excellent Spielgaben, along with their accompanying names, ditties and little verses, the geometric, art and life forms and the other occupations to be produced from them and Play, born of a brand new, great and high thought, indeed born of him. Froebel is the model for our work" (cit., n. Berger 1996, p. 23).

The kindergarten founded by Margaretha Schurz only existed for a few years as the family left the small town due to the political career of Carl Schurz (who was, for example, the closest confidant and adviser to President Abraham Lincoln for several years). But the "German idea" was founded by Elizabeth Palmer-Peabody (1804-1894), the first kindergarten for English-speaking children in Boston in 1860, and the first monthly for kindergarten in America in 1873 "Kindergarten messenger" founded, picked up and carried on:

"When the famous Boston reformer Elizabeth Peabody reviewed the ‘result’ of this new education system in the guise of Agatha Schurz, she became a staunch supporter. Energetic Peabody, a former assistant to progressive educator Bronson Alcott, who was particularly interested in education and parenting, initiated a campaign to promote the nursery school to American parents, teachers and school officials. In 1867 she traveled to Germany, where she became acquainted with the Marenholtz (the Fröbelepigonin par excellence; M.B.). Through the latter, she learned more about the Froebel method and took some trained after this method kindergarten teachers with them in the States to set up training courses there" (Allen 1994, p. 12).

The rapid spread of the kindergarten by Elizabeth Palmer-Peabody’s tireless commitment Margaretha Schurz was no longer in "complete strengthening of this very own German idea" experience. She died on March 15, 1876 in New York, three days after the birth of her fourth child. In gratitude and great reverence for Margaretha Schurz, Elizabeth Palmer-Peabody has this "repeatedly referred to as the ‘Brilliant Crusader’ and ‘Nestor’ of the kindergarten movement in the United States of America. And so Margaretha Schurz’s name is linked to the American kindergarten up to the present day" (Berger 1996, p. 23). It is an example of the fact that Fröbel’s kindergarten idea was taken up especially by women and carried far into the world.

Today, America’s first kindergarten is a lovingly decorated museum that was transported from the original location in the city center to the grounds of the open-air museum by means of a low-loader on the 100th birthday of the educational institution.