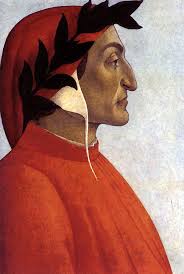 “A little bit to Ovid and Dante” 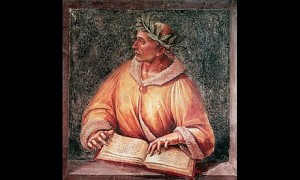 emphasized several times, a particularly large one, but of course there were downsides too. One of them was the child labor that emerged in the course of industrialization. But at least once it had an (unwanted) positive effect. Which? Lector, intende, laetaberis! Somewhere in Yorkshire, in the middle of Novecento, an eight-year-old boy named Andrew had to work every day in the mine. But what Andrew did was too little for his particularly strict and sadistic overseer, and he therefore punished him several times with draconian punishments. The man had previously studied Latin but had not passed the third style course on the second repetition and therefore changed his job. Building on his former studies, he once tormented Little Andrew particularly diabolically: he told him in detail the life of Ovid, with whom he identified because he considered himself exiled, and now ordered the boy to summarize the most important points of this vita in a few Summarize pages; he assumed that Little Andrew would not master such a difficult task, so that he could punish him even more severely. Far from it, you lousy overseer! Because the boy delivered a masterpiece under the heading "A Little Bit About Ovid". And what was special was that there was new knowledge that research should have paid attention to. One related to the ever-posed but never satisfactorily answered question of why Ovid was banished. But now eight-year-old Klein-Andrew: “One day, well nobody quite knows what happened but I think that he wrote a book called the art of love and the Emperor Augustus didn’t like it or he saw the princess having a bath or the Empress herself having a bath. So Augustus called Ovid to his office and told him crossly that he had to go to the black sea and stay there for the rest of his life. ”Yes, it must have been! Ovid saw Livia in the swimming pool, probably in her sexy bikini, which Augustus, as is well known, did not like at all because the slippery Tiberius had given it to his mom! That is the only meaningful explanation! Sensational! And there is something else. Klein-Andrew quoted from one of the elegiac letters, I think it is Epistulae ex Ponto 8,6,16 ad amicos: “Dear friends can’t you get the Emperor to change his mind about this stupid idea? All the best from your friend Naso ”. Now hold on tight: Klein-Andrew also quoted the answer: “Dear Ovid we can’t help you we have tried and tried but the Emperor won’t change his mind good luck Ovid we hope to see you again some day. Love from your best friends ”. Inconceivable! Nothing was known about the answers to the exile pistols! Where did the tot come from? Had he ever wandered to Oxford, sneaked into the Bodleian and discovered a papyrus that was still unpublished? We do not know it. Because Klein-Andrew’s “A Little Bit About Ovid” was missing until recently and has only now been rediscovered by Andreas Heil, the lecturer on 8/6/16 – how he will tell us then. In any case, he was so fascinated by the find that he gave his lecture, which was a completely different one title had, with a deep bow to his English namesake and Latinist colleague, renamed "A Little To Ovid and Dante". And what is now under this heading? The final proof that Klein-Andrew was right about the Empress in the bath? The first presentation of a previously unknown scene from Dante’s Inferno, in which the poet talks to Ovid about his exile? Well, you / you have to come to Andreas Heil’s lecture, then you / you will experience it. In any case, his discussion leader Regina Höschele is so excited about “A little bit about Ovid and Dante” that she not only flies to Munich for the lecture, but also her son Daniel (who is rumored to be working), who was born only a few months ago already on “A Little Bit About Dante”, namely bilingual English / French, because he was born in Canada) together with Papa Peter on June 8th. to Spain so that she can devote herself entirely to Andreas Heil’s lecture and find out what role Livia’s bikini could have played in Ovid’s banishment. So, are you / are you really excited now? Then just come over! It will be the first lecture in the second quarter of a century anyway, and that is something! 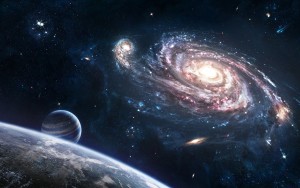 Trimalchio is actually not particularly happy that in the country in which he holds his PSMS lectures, most university lecturers have thrown themselves completely into researching Latin American literature. Because the Latin in these texts is based on the classic model, but not by far the most beautiful variant of this language, which comes from his mouth and that of the freed people on his blackboard. THEREOF should have developed new latin. Because it is boring to imitate Cicero and Virgil, because they are always better than any impersonator, while the formulations e.g. from the fire extinguisher manufacturer Echion is really screaming for a sequel. “‘ Modo sic, modo sic ’inquit rusticus; varium porcum perdiderat. quod hodie non est, cras erit. sic vita truditur. ”What would be wiser and more ingenious? No – not even the whole “Adagia” can compete with it. Now there are not only neolatinists, but now also neo-ancient Greeks, i.e. university scholars, who deal philologically with the ancient Greek texts written since the Renaissance. So far there are only a few – Stefan Weise, the lecturer of the evening to whom the invitation is hereby, is unus ex paucis – but at least they deal with authors who must have had enormous courage. The long-bearded migrants from Turkey, who had been carrying ancient Greek texts about Eidoméne or on rubber boats across the Mediterranean to Western Europe since the middle of the 15th century, were viewed very obliquely by the orthodox because of their false orthodox beliefs; At that time, a party was formed in the Regensburg Imperial Council, which called itself "Rejectors of Free Thought" and advocated that the transporters of Plato or Sophocles’ manuscripts attempting to enter Western Europe on the border with crossbows or with violently steaming and deafening popping Flintlock muskets were to be shot and the Greek Orthodox denomination had to be banned from us because it was not compatible with the basic values ​​of the constitution of the Holy Roman Empire of the German Nation. But even the otherwise so liberal Roman church was initially dismissive: when the freshly imported original text of the New Testament was first edited by Eramus in 1516, it was immediately indexed, and in Freiburg im Breisgau it happened a few years later that a monk, As the humanist Conrad von Heresbach reports, said in a sermon, “One should beware of the newly invented language, which is the Greek language; because this is the mother all heresies. At the same time there is now one book this language, which is called the New Testament, in many hands, it is full of thorns and snakes. ”As you can see, it must have been really courageous philologists who at that time not only edited ancient Greek texts, but also new works, even poetry , written in the language of ancient Hellas. Okay, we no longer have this resistance burning problem; with us ancient Greek is still the most highly regarded at high schools and is in high demand by the students; the Greek classes continue to break up, while the new speakers look sadly at their little piles and, for example, because of their popularity the accent rules or the small mi-verbs even threaten to extinguish English lessons. Seen in this way, Stefan Weise’s lecture on the (apparently very amusing) epic “Astronautilia” may not have an acute cause and is irrelevant from a gymnasium policy point of view, yes, and competence should certainly not be drawn from it – unless the starship, which is probably in the text it is described there so well that it can be reproduced, for example in the context of a P seminar that is particularly focused on competence (“lámpe me áno, ô Skóti-e!”). Regardless, it will be worth visiting the lecture again, especially for Latin people, ie "semi-philologists", like Ernst Vogt once used to call incomparably motivating and flattering those who struggled with Graecum courses. In addition, Stefan will moderate another, namely the king of the PSMS discussion leader, Stefan Merkle. So, come / come (as always) in droves!

In any case, recommends you
Your PSMS