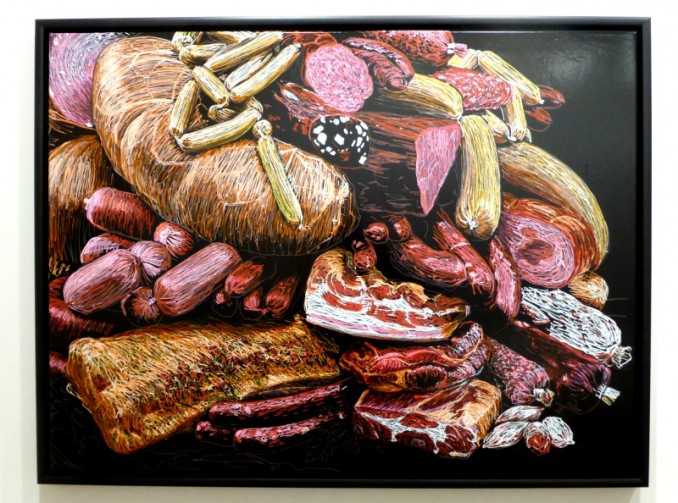 In record time, the family splits into two parts: The father says “Nothing for me,” and the big daughter just turns her head in disgust. The mother thinks that an exhibition on meat in art must be watched, while the younger child can be persuaded by the somewhat grisly theme of coming to Villa Rot. 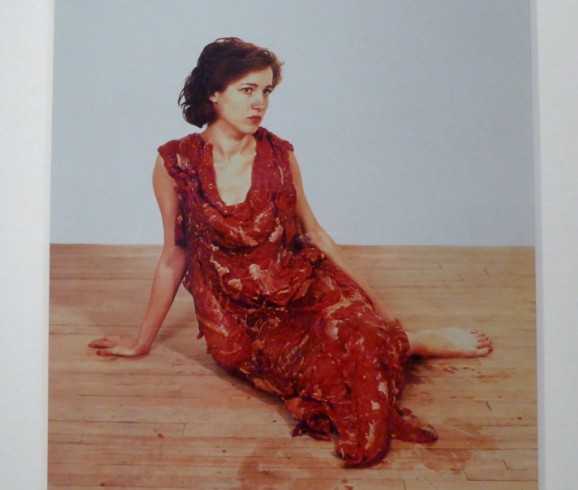 Our family split, which preceded the refusal of a friend who was actually with me to the opening of the exhibition “Carnality” wanted to come, but then saw the flyer and preferred to stay at home, is actually quite a success for the current show at the Villa Rot. When can art already polarize so before they have ever seen? In the Villa Rot in Upper Swabia Burgrieden (just 25 kilometers south of Ulm), in recent years, people have not shied away from tackling the arts from a very physical side: there was an exhibition on tattoos and one about hair, and recently it was about the topic of smell in art. Museum director Stefanie Dathe never shied away from a certain disgust factor. 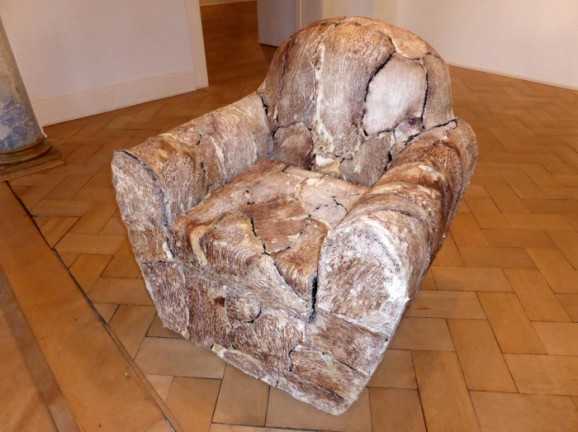 We neither; This time, however, we enter the showrooms in the idyllic villa with more hesitation than ever before. Somewhat tirelessly we sniff. Does it smell like meat here? Or is the material only on screens, photos, videos banned? Not exclusively. In the second room stands Jana Sterbak’s Chair Apollinaire – a play on words between the English word for chair and the French one for human flesh – covered with beef slices. Luckily dried and odor free. Or? My daughter is not sure. Jana Sterbak is a meat artist who knows no inhibitions. Her dress made of fresh meat (see photo above) has become a famous and highly controversial art object, popularized by a very similar dress in which Lady Gaga has appeared. 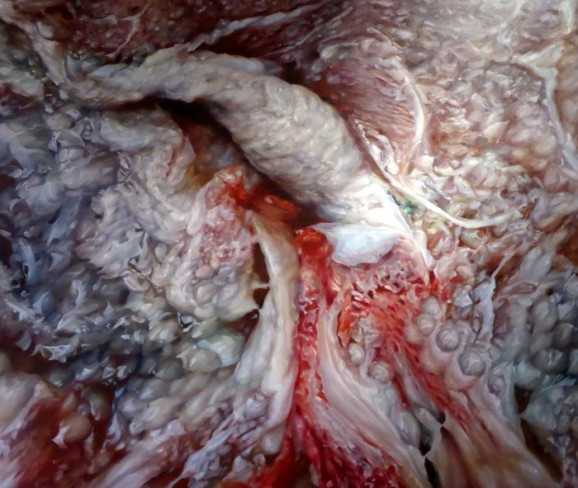 We see a lot of painted meat. If we do not just swarm against intestines, my ten-year-old does not find it so disgusting, but sometimes even beautiful. For other exhibits, I would like to keep her eyes shut, especially on various videos that express violence and morbidity very effectively through much human flesh. 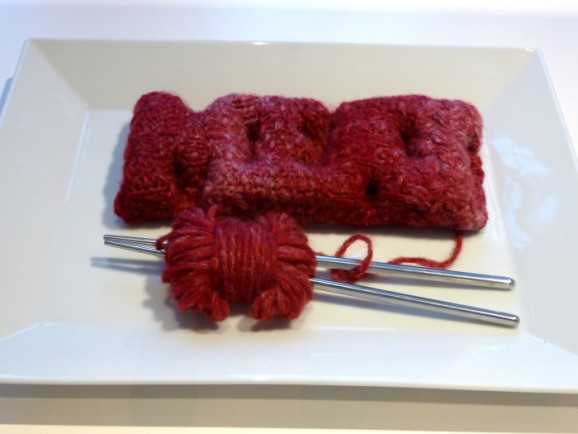 We are a little relieved when we arrive at a display case with an amusing knitted steak whose structure spells “meat”. The organization Next Nature Net has engaged in a creative project with possibilities of in vitro bred meat: experimental, with some sense of humor and something serious. Among other things, you can put together on a screen his in-vitro meat menu – in the villa red as well as at home, because the bistro In Vitro also exists online. 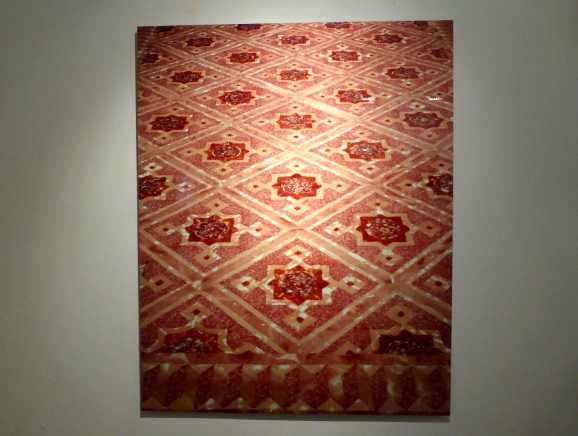 Very close to the meatiness is presented with Wim Delvoyes meat mosaic and the wonderful sausage carpet shop by Fischli / Weiss, both fortunately by photo and not as fresh meat. 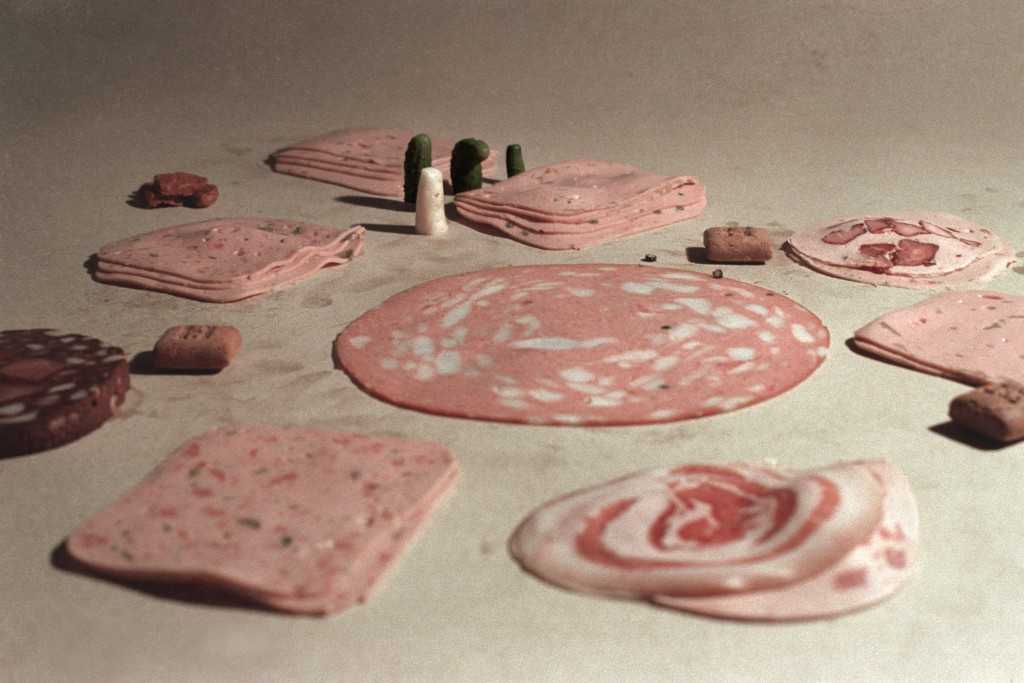 As we leave the older museum wing, the actual Villa Rot, I feel strangely physically assaulted by this confrontation with the stuff I’m out of and eating sometimes. The morbid beauty of Vera Mercer’s photographed still life in the newly built Kunsthalle makes me – unlike my daughter – breathe a sigh of relief. Inspired by renaissance and baroque paintings, they offer a distance to the physical aspect of the flesh that we have just left behind. 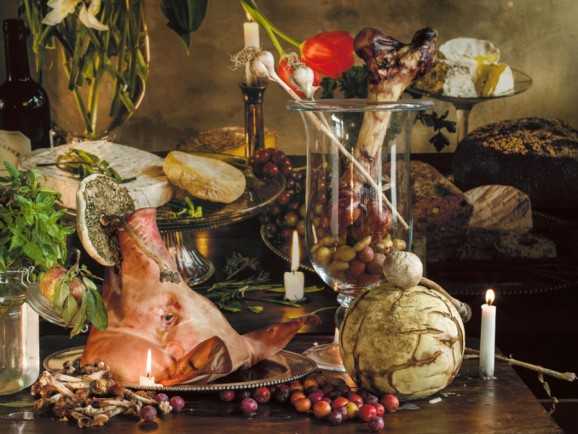 Until February 21, 2016, the exhibition “Fleischlust” is on display in the Villa Rot. To visit them means for children – as not too small ones – as for adults, to experience a sensual experience that gets under your skin: in the literal sense. As we leave the museum, we feel a new sensibility for this idiosyncratic fabric of meat. I find that remarkable, but are in “carnal desire” for my feeling a bit too many works to see that rely on shock effects, but their impression quickly fizzles. I suppress pictures of them in this blog post and prefer to show those we will remember – like the “Still Life with Meat” by Katharina Arndt (see above), that my daughter found cool.