That was almost only in the Middle Ages! Professions where you play. But not only jugglers were playful, there was also a lot to experience for the children and adults at home. Medieval games were colorful and varied. 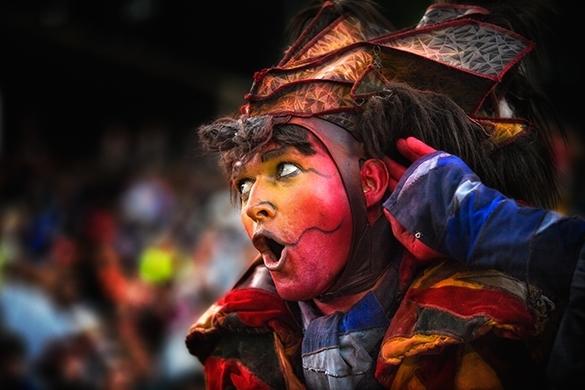 Anyone who thinks that the medieval juggler profession was a thoroughly funny job is wrong. They belonged to the showman profession and thus to the lower class. Nevertheless, they were crazy journeyman in the Middle Ages. Games were generally very diverse and were often based on professions from the Middle Ages.

There is a lot of archaeological evidence about medieval objects, but the instructions are rather poor. Played not only by children, but also very often by adults.

Unlike today, many games in the Middle Ages were not designed for children. For example, they did not take part in board or card games. Her occupation was more in the physically active area, such as hobby horse riding, ball games or marbles. These play objects were made from simple means, such as pork bladders, leftover wood or pebbles.

The board games from the Middle Ages were taken from earlier times. A special kind of chess game and a kind of backgammon were already a lot of Known to people. A popular game was the mill, which is still known today. It was available in numerous versions, but basically all versions were about placing three stones in a row. In the Middle Ages there were also numerous other board games – for example the game "Fox and Geese".

The card game took a special position in the Middle Ages. It was frowned upon and was even attributed to the devil. Nevertheless, it was often operated in taverns and even played for money. Casino games common today come from that time. Like twenty one, Rouge et Noir or Baccarat.

In the Middle Ages there were not only cubes with six sides, but also cubes with only four sides or even round cubes. Dice games were very popular, among them were different variants. Either the one with the highest total number of eyes won or it was played for rows of 3 or 6.

Ball games also have a long tradition. Round natural objects were first used as balls – nuts, apples, balls of wool or eggs. For example, the delta game was known from Roman times. You played it on a triangular field. Each page consisted of ten equally wide fields. The game can be played with two or more players, each receiving five nuts of the same color. Now a nut must be rolled onto a box from a distance of two meters. These are numbered and the throw thus gives the score.

Other games with balls were called for example:

Games with movement were particularly interesting for children in the Middle Ages. Some of these games come from cult rituals. What underpins this origin are, for example, the names. A bouncing game also bears the name "Heaven and Hell" or "Temple Bouncing". This game should still be played by many children in the schoolyard or on the street.

Stilt walking has its origins in the ancient Greeks. The actors of goat-legged satyrs and also the Pan ran on stilts and thus the connection of the games to the medieval professions is revealed again. The children of the Middle Ages held stilt races or tried to imitate a child’s movements on stilts. The hobby horse race was of course about speed. The flatbread was a particularly fun affair. Here a flatbread, a biscuit or cherries was hung on a string. The player now had to try to eat without the help of hands to bite off the thread. Tire jumping is the predecessor of rope jumping that emerged in the 16th century. The origin of the tire driving is not known, in this case a tire was rolled by hand and then pushed forward with a stick. The ringing sting emerged from one of the diverse medieval professions, namely that of the knight. A ring had to be hit with a lance, the player with the most goals won the game.

Moberle is the name of a medieval game that was only played by adults. A short, finger-thick stick was placed on a tree stump so that a large part protruded beyond the contact surface. Now this projecting end had to be hit with a truncheon. The winner is the one whose stick went the longest way.

In addition to knight tournaments, sword fights and jugglers, some medieval games are still performed at medieval markets and can also be tried out by interested visitors. There are wooden ferris wheels or carousels that are driven with hand cranks – an admittedly not entirely historically correct fun.

However, it is quite conceivable that there could have been other attractions even in the dark Middle Ages. These include, for example, the egg cracker, the mouse roulette or the farmer’s bowling.

Other very popular games on medieval markets are naturally derived from the medieval professions. This includes games such as archery, knife, ax and horseshoe throwing. On the other hand, pea or cherry stone spitting is fun, but not based on any professional connection.

PC and board games – bring the Middle Ages home

Are you fans of the Middle Ages? Games are available in all forms for home use. Whether for the PC, the console or as a board game – there are plenty available.

The list of PC games targeting the Middle Ages in some form is long. Some create a realistic picture of the era, others succumb to the creativity of the creators. But they are guaranteed to be an experience for every medieval fan.

Here is a selection:

But the Middle Ages can also be reenacted well with the family at the dining table at home – if only with figures, cards and game plan. "The builders", "Carcassonne", "The gates of the world"Or" Alhambra "are just a few board games that relate to the Middle Ages.

As you can see, the Middle Ages still live today! Games make it possible to resurrect this era on a small scale. Whether at a medieval market, at home with the family or alone on the PC – medieval games are trendy!