Where America was baptized "America" 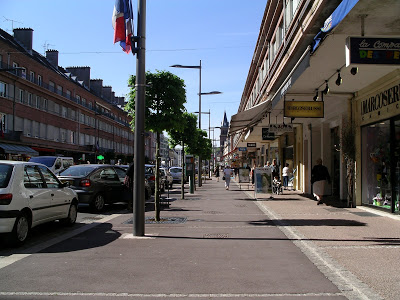 The house where America was baptized in its name is located in Saint-Dié-des-Vosges, in the middle between Nancy in Lorraine and the Vosges mountains.

Around 1506, the canon Vautrin Lud built his printing workshop in the house of his nephew Nicolas Lud, who looks at the "pierre hardi", on which the judgments were announced publicly. The works of the scholars were then published here, which like the Luds formed the so-called "Gymnase Vosgien": the geographer Martin Waldseemüller, the scholar and poet Matthias Ringmann and the Latin specialist Jean Basin.

In 1507 they printed the little work "Cosmographiae Introductio“And a large universal map of what Europe, Asia, Africa and a fourth continent, which they called "America", were in honor of the traveler Americo Vespucci, who was the first to declare that the countries west of the Atlantic represented a new world.

Great French-American celebrations were held here in 1911 by these godfathers of America.

The income tax for the private households are to be reduced from 1.1.2009.
The employee allowance will be paid out in the future
As of January 1st, 2009, income tax for natural persons should only be levied on taxable income that is 9% lower.

The employee allowance should also be converted into a tax credit, similar to the child allowance from 1.1.2008. Irrespective of the amount of the tax due, € 300 will be paid directly to the taxpayer if the tax liability remains below it.

These details emerge from the current parliamentary debate on the budget for 2009. 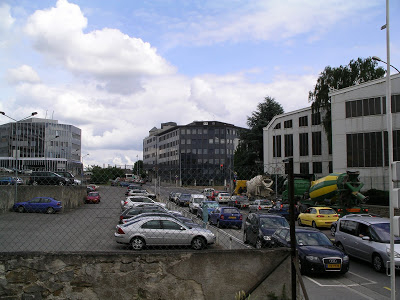 On October 1, 2008, a bill was introduced to the Chamber of Deputies amending the following previous laws:

The most important points can be summarized as follows:

1. The tax rate for natural persons is reduced linearly by 9%.

3. The through the building societies Any credit interest paid is exempt from income tax.

4. The child bonus will be paid out monthly in the future.

8. The rules for determining the business profit have been adjusted to the balance sheet rules.

9. domain name From the tax year 2008 onwards are expressly considered to be rights for which a reduction of the income tax from intellectual property is partially possible. Such rights are also exempt from property tax.

10. The vehicle tax (la taxe automobile sur les véhicules automoteurs) for cars that are used for the transport of people (except buses and taxis), companies can no longer deduct from the tax.

11. The patronage and the donate natural and legal persons are encouraged by doubling the tax-deductible amounts, by crediting the initial payment by the founder when establishing a foundation, as well as by taking it into account in the business tax.

12. The tax bonus for companies that have a Hire unemployed, is increased from 10% to 15% for three years.

The only advantage: cross-border commuters get into traffic jams faster!

Luxembourg’s environmental movement (Mouvement Ecologique) is reacting violently to the new Ministry of Construction bill. As is known, it provides for three lanes to be built on the motorway between Arlon and Bettembourg.

This multi-year construction measure stands as a single measure completely in a vacuum or starts its political career as a failure as a shot from the hip.

Because the necessary traffic plan is still missing (as usual in Luxembourg, you have to say!). This is not only political unreasonableness, but also violates EU-wide planning law or that with such large-scale projects. But: If you plan in Luxembourg, then afterwards! And then at some point those affected will be heard. 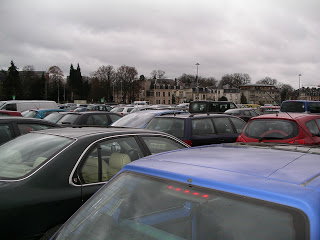 With new roads in the transport-political dead end!

New roads instead of an overall transport policy strategy

With complete lack of understanding, the Mouvement Ecologique takes note of current developments in transport policy.

It should be noted that the draft of the sectoral plan "Mobility", which is being created as part of the state planning, is still not available, despite several announcements. Without giving reasons, the presentation of the plan was postponed again and again. This is despite being identified as a priority for this government. As is known, the plan is intended to represent an overall concept for the further development of the transport system: how public transport is expanded and
organized, which development of the road network should be based on it, how gentle forms of mobility should be promoted, etc..

In view of the huge problems that currently arise in the mobility sector, i.a. also in connection with the border regions, the current deferral of this sectoral plan (like the other plans – housing construction, activity or landscape protection zones to which there is a direct link) is absolutely irresponsible.
Completely detached from this missing overall strategy and in contrast to our country’s climate protection goals, the Minister of Building has now announced that he will deposit his legislative project for the expansion of the A3 / A6 in this legislative period. According to EU legislation, such a procedure is hardly legally possible, as the opportunity of the project has yet to be demonstrated and an environmental impact assessment must be carried out with the citizens’ hearing. Apart from
The Mouvement Ecologique categorically opposes these procedural objections to this expansion, for two main reasons:

– All experience shows that new roads and a further expansion of the road network have so far only led to more traffic and traffic jams have not been reduced in the medium term, but rather have increased elsewhere. The only supposed advantage of an expansion: commuters, etc. from the border regions get into the traffic jam faster!

– According to the Minister of Construction, the expansion should be completed in 10 years at the earliest. That just at the time when the peripheral stations are to be completed. That means: parallel to the expansion of public transport, the road network should compete with it again!

In contrast to all official statements (sustainability plan, climate protection strategy …), the government, like others before it, is again pursuing the classic double strategy:
Expansion of public transport infrastructure … and at the same time a substantial expansion of the infrastructure of private transport.

Accordingly, the government’s multi-year financial plan also lists expenditure of EUR 109,672,635 for the expansion of the A3, but also cheerfully lists other roads, such as the "Transversale Clervaux", the Bascharager ring road …

This longstanding double strategy has led to the current fiasco in the transport sector at the expense of public transport. Close your eyes and keep it up ?! In any case, the desired modal split of 25% public transport will not be achieved.

However, a "hearing", which the Ministry of Building on 11. October organized under the motto "Fir e performanten a sixer Stroosseréseau". Detached from the fact that an organizational form that is packed with input presentations can hardly be called "hearing", two key lectures demonstrate the spirit behind it:

It should be clear what the key message of the lecture will be: due to capacity problems
Luxembourg more streets! The building administration systematically pursues its strategy to implement further road construction projects in the sense of “Route2020”. The sectoral plan should call this one-sided thinking into question… A presentation by an office on the topic of “Charges de trafic et goulots d’étranglement” hits the same line. Again, you don’t need a lot of imagination to know what this is about …

With the current transport policy of the Ministry of Construction, the state planning is simply pulling the ground away from under your feet! Here again, sectoral interests prevail at the expense of sustainable overall development – also at the mobility level!

If the government wants to maintain an approach of credibility, it should:
– have the planned road construction hearing canceled at short notice;
– subject the expansion of the A3 / A6 to a critical analysis as part of the sectoral plan before making any further statements;
– finally put the sectoral plans on the table and an adversarial public one
Submit discussion!