Can CBD help children with reduced intelligence who show abnormal behavior such as physical aggression and self-harm? An Australian study wants to investigate this in young patients with intellectual disabilities and autism. 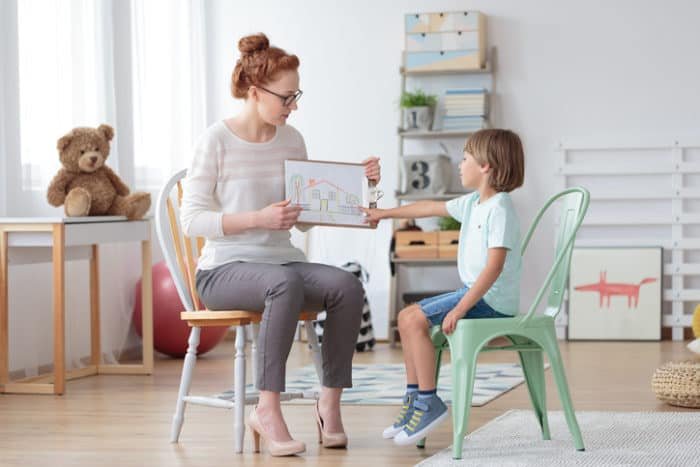 A pilot study is currently underway in Australia examining the effectiveness of medical cannabis as a therapy for severe behavioral problems in mentally disabled children. Scientists hope that the research work will eventually move into larger clinical trials. There have already been reports from sufferers that medical cannabis can reduce aggression and auto-aggressive behavior. The online magazine New Atlas reports.

The study is carried out by the pediatrician Dr. Daryl Efron from Murdoch Children’s Research Institute in Melbourne. Initially, only 10 children between the ages of eight and 16 participated. This preliminary study aims at the practical aspects and the feasibility of the treatment evaluate in advance of a larger study.

"The most commonly prescribed medications for these children are stimulants, antidepressants, and antipsychotics, all of which pose a risk of serious side effects," said Dr. Efron. “There is little research into new medicines to help these children, but medical cannabis has proven to be effective in treating other diseases. Including some severe epilepsy in children, chemotherapy side effects and multiple sclerosis in adults. ”

The Australian study initially focuses on the cannabis active ingredient cannabidiol (CBD). Just last year, the FDA approved the CBD-containing drug Epidiolex in the United States. Epidiolex is approved for the relief of seizures in Dravet syndrome and Lennox-Gastaut syndrome.

A growing number of patient reports suggest that CBD can reduce the frequency of self-harm and physical aggression in children with intellectual disabilities, including autism. The number of these reports has increased significantly in recent years as the legalization of cannabis has spread across North America. At the moment, however, high-quality scientific studies in this area are still lacking.

Several studies are underway on CBD as a therapy for the symptoms of autism. As Leafly.de reported, for example, there is a study that has shown that cannabis oil can significantly improve the quality of life of children with autism.

However, the Australian pilot study does not only refer to autism. It encompasses a wider variety of intellectual disabilities that are associated with severe aggressive behavior. It is still unclear how effective or safe cannabis treatments are, especially in younger children. Dr. However, Efron confirms the importance of gaining more scientific knowledge here.

“As a pediatrician, parents often ask me whether medical cannabis would help their children,” explains Dr. Efron. "But I can not about the effectiveness of medical cannabis for children with serious Advice on behavioral problems as there is no research in this area. We hope to fill this gap with high quality research. ”

Note: In this article we report prescription CBD or cannabidiol. This article makes no suggestion regarding the possible purpose. Value propositions are left to pharmacists.