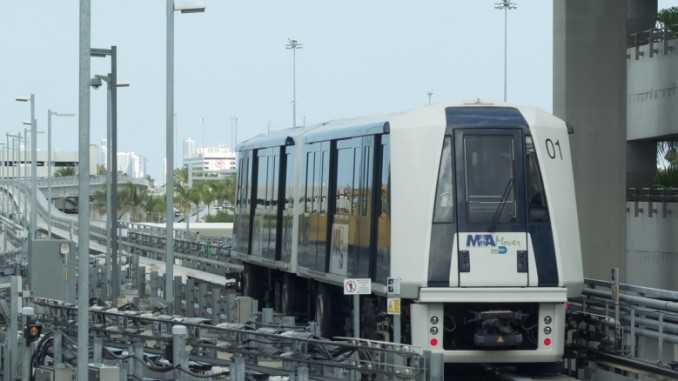 Miami International Airport (MIA) Miami International Airport is the largest airport in Florida, where most tourists land and start their round trip or vacation in Miami Beach on the fabulous beaches. There is a daily direct flight from Frankfurt to Miami with the Lufthansa which is particularly popular with Germans as it is the fastest way to get to the sunshine state. The flight duration is between 9 and 10 hours to this airport. About five kilometers northwest of the city center is the airport and you can reach it very well. Very convenient there is the rental car center where you can pick up the car and also return. With a free monorail guests are driven to the terminal which is very good. There are also many airport hotels where you can stay overnight if you want to spend the last night before your return flight. These are priced very interesting and much cheaper than the hotels in Miami Beach.

The airport was opened in 1928 and the operator is the Miami-Dade County Aviation Department. Many airlines fly to the airport including Germans such as Lufthansa, Air Berlin or Swiss. The airline American Airlines operates a major hub and can be reached from there many cities in the US and also islands in the Caribbean. There are four runways with a large terminal divided into seven different Concourses. The international terminal is very modern where the long haul flights to Europe are made. In the terminals there are many shops as well as restaurants where one can bridge the time before the departure as it is usual on all airports in the USA. The controls at the US airports are very strict and you should therefore always be early at the airport.

Furthermore, you must have no prohibited items in the luggage and it is advisable to abide by the rules. So-called body scanners are available at Miami Airport, of course, which control very closely. Many flights to South America are also carried out from there, and many airlines land at Miami Airport. Passenger traffic is huge at around 40 million a year, making Miami Airport one of the most important and largest in the United States. The beaches and hotels in Miami Beach can be reached very quickly from the airport. But if you want to drive to Cape Coral then you should plan at least two hours and 30 minutes for the crossing. The alternative would be to land at the airport Fort Myers where you can fly directly with the Air Berlin. But the best airfares you get mostly to Miami and that’s why most tourists fly there.