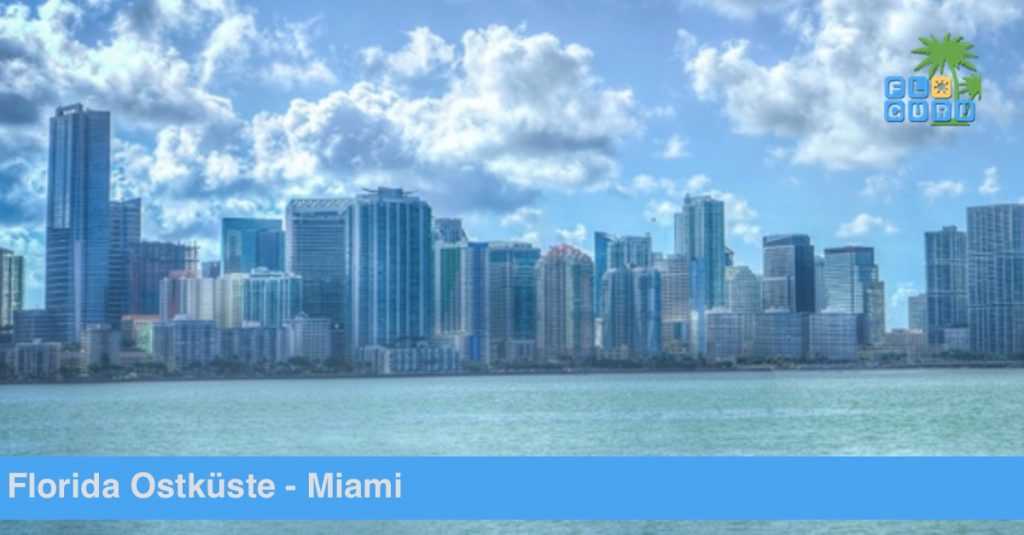 Miami, Also known as “Magic City”, it is the largest growing city in South Florida and lies between the Everglades and the Atlantic Ocean. Miami is regarded as a “connection” to Latin America and offers a habitat for various cultures.

Miami is home to Americans, Cubans, Colombians, Brazilians, Mexicans and other Latin American foreigners. You will notice it yourself in the bilingualism, because in many places English is spoken as well as Spanish.

Miami is a very young city. It was founded in 1896. The rapid increase in Miami’s population has also been made possible by the Miami Canal being built from Lake Okeechobee to Miami. Thus, a fresh water supply could be built, and the creation of habitats was no longer in the way.

Miami and Miami Beach were a dangerous place for tourists, especially in the 1990s. Often, especially tourists were robbed at that time. However, this has changed drastically to this day. The security in the 13 districts of Miami has been increased, among other things, the so-called “Quality of Life Task Forces” were founded. The rental cars are no longer recognizable as such. Just put a few stuffed animals on the shelf. In addition, each quarter has its own police and fire stations. Nevertheless, you should pay attention during a visit to Miami, especially in the evening and night hours not to drive through remote neighborhoods.

Parking in Miami can be a bit more expensive. Therefore, and also because of the slightly increased traffic at rush hour, it is advisable to use the numerous public transport.

With a Metrobus, a Metrorail and a Metromover you can move through Miami. Often there is also so-called park & Ride places where you can park for free to continue your excursion by bus.

More information can be found on the homepage of Miami-Dade County.

The bustling city is especially popular with young tourists. The extensive offer of nightlife as well as culture and sport are attracting more and more people to this city.

How safe is it in Miami?

Based on reported incidents per 100,000 inhabitants, there are 5,400 incidents in Miami Beach. The proportion of violent crime is 19%.

The Miami crime rate is 52% higher than the Florida average and 230% higher for the US average.

in the Comparison to the safest city of Germany is Miami Beach 52% safer and to Germany’s most dangerous city even 67% safer.