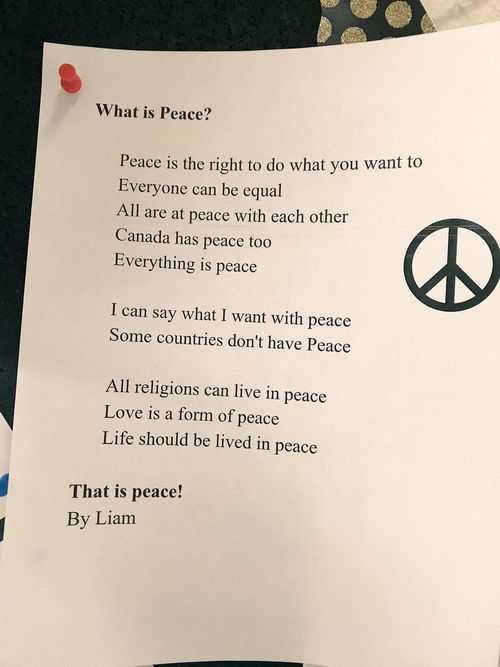 Every summer Mrs. Blaha, who was married to the little officials of the Turnauer Bahn, Wenzel Blaha, drove to her hometown for a few weeks. This place is located in the flat and marshy Bohemia in the area of ​​Nimburg and quite poor and insignificant. When Mrs. Blaha, who was already a sort of urban girl, saw all the little miserable houses again, she believed she could do something good. She went to a well-known farmer’s wife, whom she knew had a daughter, and suggested that she take this daughter into service in the city. She would pay her a small, modest wage, and besides, the girl would have the advantage of being in town and learning a lot. (What she should be learning was not clear to Mrs. Blaha herself.) The farmer’s wife discussed the matter with her husband, who was always squinting and spitting at first. After half an hour, however, he returned to the room and asked: “Well, and does the woman know that Anna is so?” His brown, wrinkled hand wavered like a withered chestnut leaf in front of his forehead.

So Anna came to Blahas. She was mostly alone all day. The gentleman, Wenzel Blaha, was in the office, the wife went to sew the houses, and there were no children. Anna sat in the small, gloomy kitchen, which had a window in the atrium, and waited for the lyre boxer to come. That was every day before dawn. Then she leaned in the small window, bent far forward, so that her pale hair hung in the wind, and danced inwardly, until she became dizzy and the high, dirty walls moved unsteadily and staggering against each other. When she became anxious, she began to walk all over the house, down the dark and dirty stairs, down to the smoky alley where every now and then someone sang in the first drunkenness. On the way she always fell among the children, who spent days in the yard without any missing one at home, and strangely, the children always wanted her to tell them stories. Sometimes they even followed her to the kitchen. But then Anna sat down at the stove, covered her empty, pale face with her hands, and said, “Thinking.” And the children tolerated themselves for a while. But Annushka was still thinking, so that she became very quiet In the gloomy kitchen, the children ran away and no longer saw that the girl was crying softly and plaintively, and that she was very small and helpless from homesickness. What she longed for is uncertain. Maybe a bit after the beating. Most of the time, however, after something vague that was at some point, or maybe she just dreamed it. With the many reflections that the children demanded of her, she remembered slowly. First red, red – and then many people. And then a bell, a loud bell; and then: a king – and a peasant and a tower. And they speak. “Dear King,” says the farmer. “Yes,” the king says in a very proud voice, “I know.” And, indeed, how could a king not know all that a peasant has to tell him?.

Shortly thereafter, the woman took the girl for shopping. Since it was Christmas and evening, the windows were very bright and filled with plenty of abundance. Anna suddenly saw her memory in a toy store. The king, the farmer, the tower. Oh, and her heart was louder than her footsteps. But she quickly looked away, and without stopping, she walked beside Mrs. Blaha. She felt as if she was not going to tell her anything. And the puppet theater, so to speak unnoticed, stayed behind. Mrs. Blaha, who had no children, had not noticed. Shortly thereafter, Anna had her go-out Sunday. She did not come back in the evening. A man whom she had already seen down in the tavern joined her, and she could not remember enough where he had led her. She was as if she had been gone a year. When she got tired, Monday morning, into the kitchen, everything was even colder and grayer than usual. She smashed a soup terrine that day and was therefore badly scolded. The woman had not noticed that she had missed the night. Later, until around New Year, she stayed out for another three nights. Then suddenly she stopped walking around the house, anxiously closing the apartment and, even if the lyre-boy was playing, did not always come to the window.

So winter passed, and a pale, tentative spring began. This is a separate season in the backyards. The houses are black and damp, and the air is as light as washed linen. The badly plastered windows twinkle with splendor, and various light garbage dance in the wind past the floors. The sounds of the whole house are more distinct, and the bowls clink differently, brighter, higher, and the knives and spoons have a different rattle.

At this time Annushka got a child. It was completely unexpected. After feeling heavy and heavy for weeks, she rushed out of her one morning and was in the world, God knows, from where. It was Sunday and one was still asleep in the house. She looked at C for a while, her face somehow not changing. The child barely moved, but suddenly a very sharp voice began in the small breast, and at the same time Mrs. Blaha shouted, and a bed crashed into the room. Annushka then seized her blue apron, which hung near the bed, and drew her belt straps over the little one. Put your neck down and put the whole blue bundle in the bottom of your suitcase. Then she went into the room, opened the curtains and began to cook the coffee. On one of the next days Annushka counted her salary received so far. There were fifteen guilders. Then she locked the door, opened the case, and laid the blue apron, which was heavy and motionless, on the kitchen table. She untied her slowly, looked at the child and measured its length with a centimeter strip, from head to foot. Then she put everything in the old order and went out of the house. But too bad, the king, the farmer and the tower were much smaller. She brought them with her and other dolls. Namely a princess with red round spots on the cheeks, an old man, another old man, who had a cross on his chest and already looked like St. Nicholas because of his big beard, and two or three who are not so beautiful and were significant. In addition, a theater, the curtain went up and down, the garden behind it alternated and disappeared again.

Now Annuschka had something for being alone. Where was the homesickness? She built the big, beautiful theater (it had cost twelve gulden) and stood behind it, as it should be. But sometimes, when the curtain was just rolled up, she ran quickly forward, and now she looked into gardens, and all the gray kitchen had disappeared behind the tall, magnificent trees. Then she stepped back and took out two or three figures and let them talk in her opinion. It never became a piece of it; but there was speech and counter-speech, and it also happened that two dolls suddenly bowed, as if startled, to each other. Or they bowed: both in front of the old man, who could not because he was all wood. That’s why he always fell out of gratitude.

Among the children there was a rumor of these games Annushkas. And since then, at first suspiciously, then more innocently, the neighbors in the kitchen of the blahas came in and, when dawning, stood in the corners and did not let the beautiful dolls, who always spoke the same thing. out of sight. Once Annushka had very hot cheeks and said: I still have a very big doll. The children trembled with impatience. But Annushka seemed to have forgotten it again. She put everyone into her garden and those who did not like to sit up leaned her against the side wings. It was also a kind of harlequin with a large, round face to the fore, which the children could not remember. But still more irritated by all the splendor, asked the children for the >very big, really big ones