Multilingualism in children: how it works

Children learn languages ​​intuitively, even several at the same time. So the best conditions for learning different languages ​​early on? Yes and no. It depends "How" on. What to look for in multilingual education. 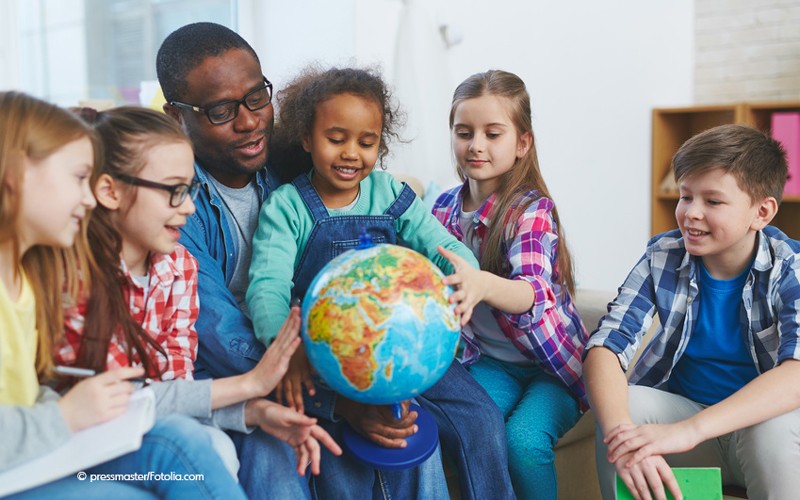 Scientific evidence shows that multilingualism is generally not a problem for people. In principle, the language learning ability is geared towards this. The majority of the world’s population grows up multilingual, whereas monolingualism is more of a European phenomenon. (Read more: Multilingualism in children and adults)

While children in this country only learned a foreign language in secondary school for a long time, a trend towards multilingual education of very small children has developed in recent years. Part of a funding craze? Perhaps if parents themselves are not native speakers and / or have their children drumming vocabulary and grammar.

But if you do it right, there are many advantages to learning multiple languages ​​in early childhood:

Contents of this article:

ATTENTION: It remains important that nothing is forced on the child. Learning stress can lead to negative associations with the language – As a result, children can lose motivation and enjoyment in the long term.

2. Language development in children – we learn best at this age

Language development in children is timed very different. A few children can speak the first words clearly at ten months, others only at 20 or 30 months. This is also why there is no scientifically proven optimal period in which children learn foreign languages ​​particularly well.

But: The ability to acquire a language as a mother tongue changes significantly from the third to fourth year of life and continues to decrease sharply from around seven years.

Again, it is not clearly proven that adults always learn poorer languages ​​than children. You learn differently. Children learn in a playful way and by copying and trying out, whereas adults learn more systematically. However, unlike adult learners, children who learn another language early can achieve a mother tongue level in terms of accent, pronunciation and grammar. This is rarely the case in adults.

Multilingualism in kindergarten – what you should pay attention to:

You should pay attention to this if you are looking for a multilingual daycare center for your child:

Note: Foreign language courses, For example, those that take place once a week in the daycare make less sense. The children are usually taught by an external teacher with whom they have no intensive relationship. They come into contact with the language only selectively during the lesson and not continuously in their day-to-day life in daycare.

Multilingualism at school – what you should pay attention to:

So that the child does not forget the language again, it helps a lot if it continuously hears and speaks it. If the offspring has attended a bilingual or multilingual kindergarten, a visit to a multilingual school can be useful in order to further consolidate their language skills.

Whole school hours are held there in different subjects in different languages ​​and not – as is often the case in "normal" schools – only in English classes. In this way, the children can come into contact with the foreign languages ​​in various contexts and immerse themselves fully in them. "One Immersion" this approach is called. The same applies here as in kindergarten: Pay attention to one comprehensive concept and native speakers, who are permanent caregivers.

Our conclusion: multilingualism yes, but please with fun!

Basically, childhood is a wonderful time to learn foreign languages. The most important thing, however, remains that children like to speak the different languages ​​and integrate them into their everyday life as effortlessly as possible. Wrong parents’ ambitions that lead to pressure and stress should be avoided.

This is definitely fun

Learn with scoyo! In the scoyo learning world, children can playfully understand and practice the school material in exciting learning adventures. The tasks for students in grades 1-7 are tailored to the curricula of the federal states. Try it out here for free