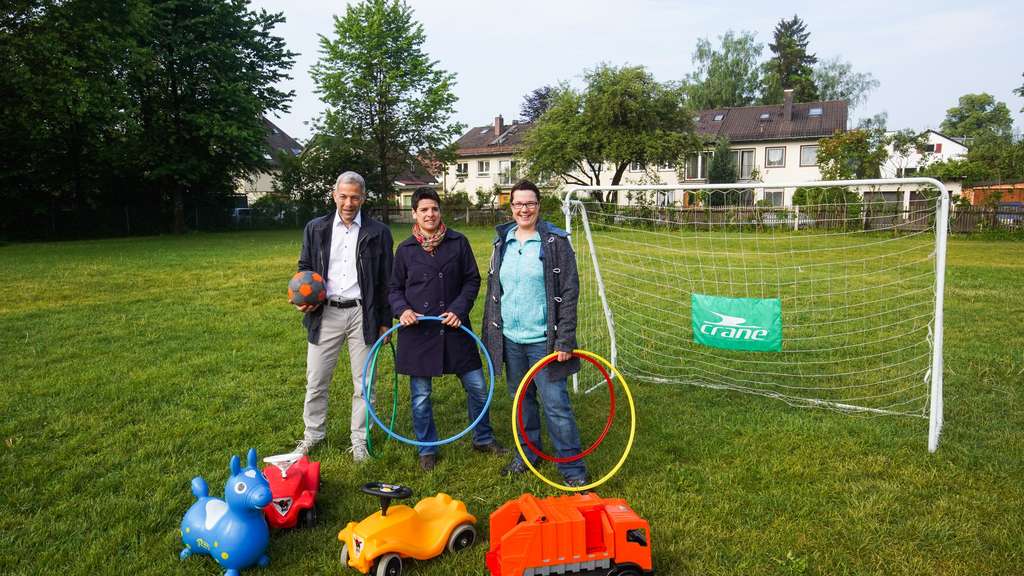 Obersendling – The parents’ initiative “Save the meadow” has done it: The meadow on Münsinger Straße is preserved as a green area

In May last year it became clear that the meadow on Münsinger Straße in danger is: A third kindergarten should be built there. Parents from the district mobilized. You have collected signatures, written a letter to Lord Mayor (OB) Dieter Reiter, addressed the district committee (BA) – now it is clear: The meadow is saved.

In July, the parents’ initiative “Save the meadow” already had its first success: the city council’s decision to build on it was postponed. OB Reiter asked the Department for Education and Sport (RBS) to carry out a feasibility study. The study was now discussed in a discussion by the city council SPD with the initiative: "We could not have imagined anything better and have achieved what we wanted to achieve," says Tanja Felderer from the parents’ initiative.

Originally, the new kindergarten was to be built on the green area. The building was also planned as a pavilion. According to Ulrich Lobinger from RBS, this is now history: The planned house for children on Münsinger Straße with three crèche and four kindergarten groups is to be built on the western side of the property as a two-story permanent building. The kindergarten at Münsinger Straße 17 in the south of the meadow will only be torn down at the end of the construction phase and the space that will become free as an outdoor area for the house for children used. "This way, the largest possible part of the public green space is preserved for the citizens," explains Lobinger.

This variant corresponds to the proposal of the SPD parliamentary group in the BA last summer year. The parents’ initiative already agreed to the solution at the time. "The compromise is a great solution," comments Felderer. "If we hadn’t done anything, the cranes would be standing by and the meadow would have been concreted over."