My child is a communist!

When asked by strangers whether their son is autistic, Elena Pirin replies, “No, he’s a communist.”

What does your child have?? 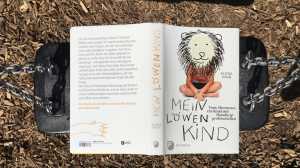 As funny as this episode from her book “My Lion Child” sounds, so exhausting is the everyday life with little Leo. Leo is not as normal as other kids. Only slowly, during the first years of his life, does it turn out that his cerebellum was damaged at birth. What exactly does this have, his parents learn only with time, because a clear diagnosis is difficult.

This impressed me the most in Pirin’s book. As an outsider one means fast, a disability could be named exactly. Someone is blind or can not walk. Sure, you can see it. But that’s not so clear with Leo. Therefore, his parents first have to try out which kindergarten suits their son and whether he is better off in a regular school or in a language learning school. Nobody really wants to help the parents. You have to find out for yourself. Even the diagnostic methods have to be suggested to the doctors – and not the other way around.

Elena Pirin and her husband, a doctor himself, often discuss it. The questions are for example: Do we need to know what our son has? What would that change??

The B word. Is the child disabled??

Apart from the many encounters and everyday reports that Pirin writes about, I found the point of diagnosis – or rather the diagnosis – particularly exciting. The theme runs through the entire book and probably will not be finished so soon in relation to the real little Leo, who is today 10 years old. That leads to such a strange limbo. Is the boy eligible or not? At the beginning of each school year, the health insurance company would like to determine once again whether school attendance is needed or not. Although Leo’s parents are happy about his son’s progress, they are still rather annoyed that the authorities assume that he would suddenly be a normal, average-developed boy after the summer vacation.

Mixed feelings, then. Feelings that you as an outsider can easily confuse and hurt. With stupid or insensitive questions or with impatience or exclusion, or, or, or. Of course it is difficult to deal with such a special child. But Leo is there and he deserves the same respect as everyone else.

Be disabled and disabled

Theoretically, hopefully that will be clear to most people. But what that means in practice, shows “my lion child” very vividly. The woman who scolds Leo at the train station because he accidentally jostled her through his awkward gait causes the boy some more time. That would not have to be. A little indulgence and a nice word might have made the day even more enjoyable for all those involved than he would have been without this little accident.

Once again, the people who fall off the grid are showing us exactly how our society works and where it could be improved. Quite unnoticed by the reader, Elena Pirin puts her finger in the wound with her book. But she goes so tenderly that I can accept her lovingly worded suggestions well.

“My Lion Kid” is a great book. But I did not expect anything else because we already have some really good books on disability for the PATMOS publishing house. I think you could read this book even with slightly older children.

Of course, there is so much more to say about this book. On the subject of reconciliation, sad chapters are also found here. And that Leo is adopted also plays a role. Why Leo is a lion child, you also have to find out yourself. I just say: reading.

My lion child by Elena Pirin has been released by PATMOS and costs € 19.99. We thank the publisher for providing a free review copy.

Lisa Figas is a mother of two small children and works part-time as a project manager. She talks about the experiences of family life and thinks about the society into which we integrate our offspring. In addition, Lisa is concerned with books around the topic of parenting and regularly writes reviews here on HausHofKind.

Do not children always live in communism anyway? Topic missing here, but it occurred to me.
They get everything they need, they do not have to do anything. It’s a shame that the condition is temporary.
So communists just remained children?
That only incidentally …..