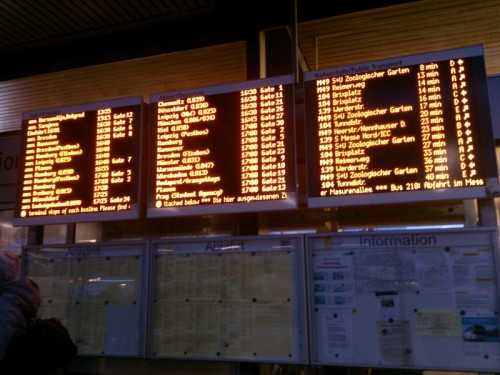 To tell you about the castles and palaces in and around Osnabrück, I was confronted with the problem some time ago: “How do I get there?”. I’m not a motorist. And I do not trust the train anymore because of some relevant experiences. Respectively. I try to avoid them.

Therefore, I looked for alternatives and decided against a car-rideship and for the long-distance bus. Why? The distance and the driving time is the same. In the bus, however, I have the chance to avoid unpleasant fellow travelers (rather, to sit). And I hoped for a little more space too. And more peace. Because after a very busy work week, I wanted to oversleep the 5.5 hour drive if possible. Therefore, so internet on and looked around.

I decided finally for meinfernbus.de. I am still unknown and relatively fresh on the ever-growing bus market, but already with very good reviews and a price quite attractive offer.

basically: Who books first, saves! You should not lose sight of this here! I decided only one week in advance and so it happened that for the trip Berlin-Osnabrück once 18.00 and the other time 22.00 EUR accrued (for comparison: I would have ever paid about 65.00 EUR at the train) , Unfortunately, I do not know if the prices would have been lower, if I had decided earlier. But even so: an absolutely fair price. On the day of the trip a ticket would have cost 45,00 EUR! With early booking so a considerable saving is possible!

The booking on the website www.meinfernbus.de is self-explanatory and simple: Enter driving desire and store data. The ticket is sent by email and can then be printed out to the driver. Do not forget ID! Great thing: If you specify your own mobile number, you will be notified by SMS, should there be delays. So you can enjoy the cup of coffee for a little longer;) 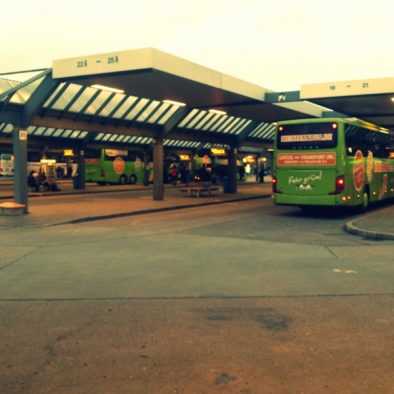 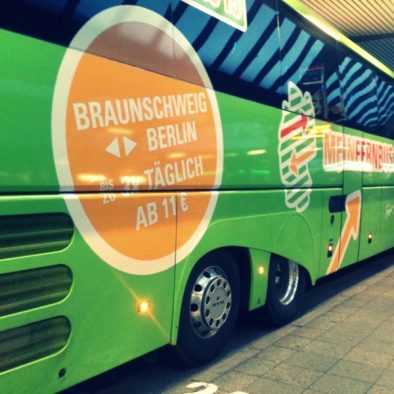 Departure Sunday, 17:00 clock at the ZOB in Berlin.
The bus drove almost half an hour earlier to the departure stop. It also proved necessary: ​​55 passengers were waiting to stow their luggage, check in and get a nice seat. A passenger did not appear, thus “only” 55 people. Actually, the bus was booked to the last place.

I took the window seat on the first seat and got a quiet young woman to my side. The bus driver was in a good mood, explained everything to us and off we went. 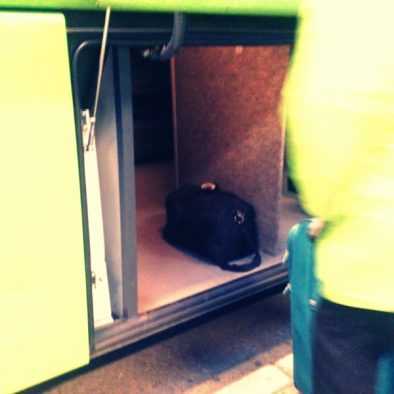 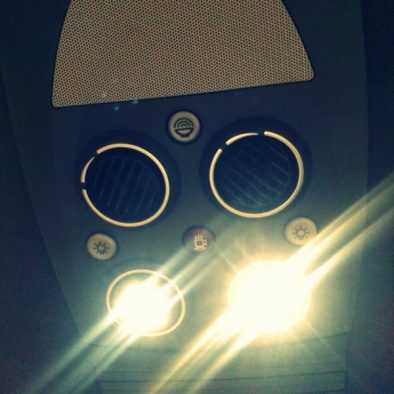 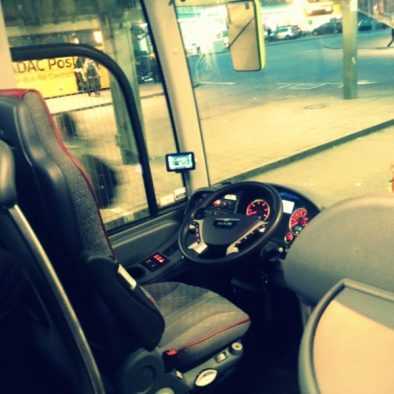 On the way, there was only an unpleasant situation: in the navigation system was unfortunately stored a wrong destination, so that we did not come directly to the desired driver change, but gurkten through a small residential area with our big bus. But the driver had the situation under control and the lost time was then retracted again (by a short stop, although according to the timetable a longer stay is planned).

Some stations later we landed on time in Osnabrück. 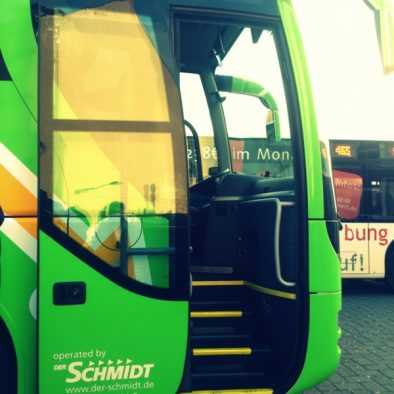 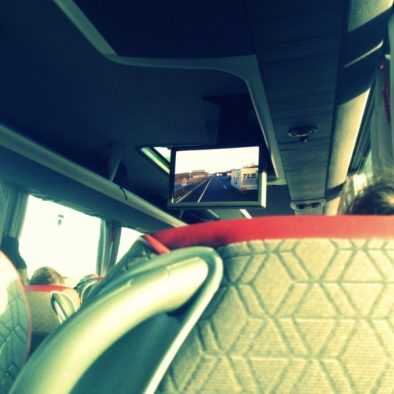 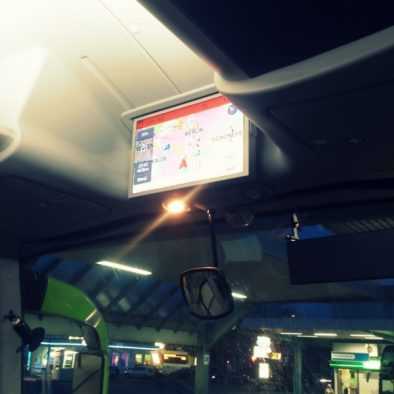 Departure Tuesday, 11:50 am from Osnabrück main station
This time the bus came from Münster and drove accordingly only briefly the Osnabrücker stop. But again: on time for the minute! respect!

Our trip to Berlin went without incident and the timetable was met.

The respective driver has extensively explained the various functions in the bus at the start of the journey or after leaving the stops: from the seat belts (who gets caught without belt, pays 35 EUR penalty), over use of the footrests (for little people like me just wonderful) and the back-fold and sideways-shift the seats (this really has a lot of space and can chill wonderfully) until the use of the toilet (only after locking the door is that Light on and use is only possible on highways).

Some snacks and drinks are available at any time for a fee with the driver. 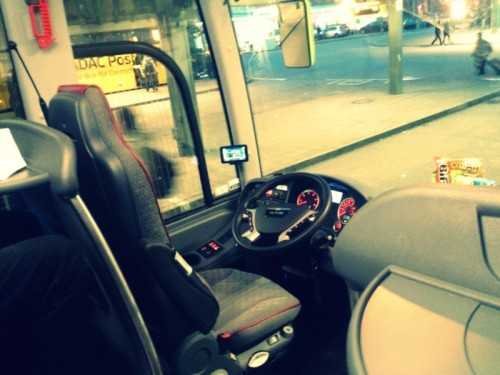 Also questions were readily answered by the drivers at any time: on the way we were “flashed” and the passengers asked what had gone wrong. These were however “truck speed cameras”. These are triggered by weight sensors in the road. Trucks are only allowed to drive at 80 km / h in these special places. Buses however 100 km / h. Since we had them on the clock, we triggered the speed camera. I did not know before and I was happy to have learned something again. 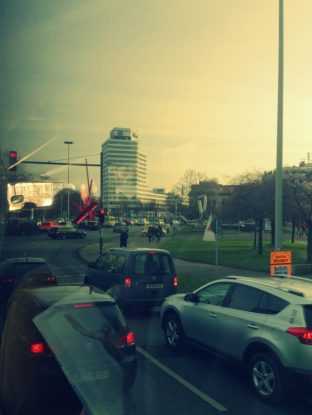 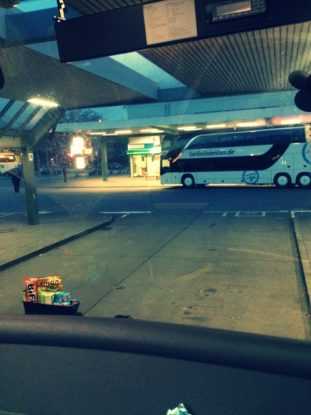 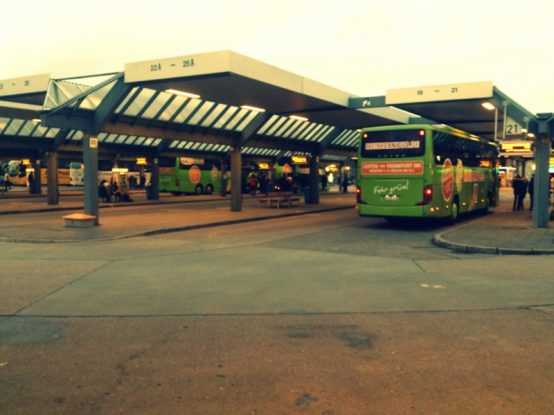 The toilet – certainly an important topic. If I did not need them on the ride. Of course, I did a test to report on it. As already mentioned: for security reasons the use is only possible on highways! When you enter the cabin and close the door behind you, you are in the dark. The light will only switch on after locking the door. Actually a good thought: so you can be sure that no unpleasant visitors suddenly bother. In the bus is then indicated by a corresponding signal that the toilet is currently in use. In the cabin itself is not very much space and the end of the ride was unfortunately missing toilet paper. But the typical “Plumpsklogeruch” was the more intense. However, it is definitely worth mentioning that the door closes so well that the passengers in the bus are not exposed to any odor nuisance!

WIRELESS INTERNET ACCESS even existed with two entrances. However, these are limited to 8 simultaneous users. And somehow I was always too slow. The fact is: I was connected, but I could not use it.

Overall, I was very positive surprised by the two rides: inexpensive, convenient and punctual, I reached my respective destination. From my side there is definitely a recommendation for a trip with meinFernbus!

Disclosure: We were assisted in this trip by a bus ride from MeinFernbus. Thank you for that. The opinions and experiences are however unaffected and our own.