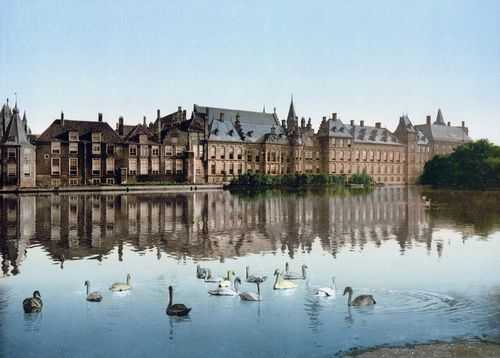 The Kingdom of the Netherlands is not only Dutch, which we like to call Holland. Also the so-called ABC islands Aruba, Bonaire and Curacao, as well as Sint Maarten, Sint Eustatius and Saba are part of the Dutch kingdom.

All six islands are in the Caribbean. The ABC islands only 25 to 60 km off the coast of Venezuela in South America, the remaining islands are among the "Islands over the wind" and are located east of the Dominican Republic and Puerto Rico.

By 2010, five of the six islands, Aruba was already eliminated in 1985, to the overseas Dutch Antilles and were thus part of the country within the Kingdom of the Netherlands. Even today, the islands are still often called the Netherlands Antilles (I will also use this name here for the sake of simplicity), but officially this association was dissolved in 2010 and the political situation was reorganized.

History of the Netherlands Antilles

At the end of the 15th century, the islands became the Spanish "discovered" and ingested. In the years 1620-1636 conquered the West Indian Company, a Dutch trading company, gradually the islands and used them mainly as a trading base.

But not only salt, sugar, beaver pelts, tobacco, gold and copper were traded, but especially slaves from 1674 to 1740. These were shipped from colonies on the West African coast to the areas of the Caribbean, where they were sold to the plantation owners. The island of Curaçao acted as a sort of slave depot for the whole area for several years.

The slave trade has left its mark on the Netherlands Antilles, with around 85% of the current population having African roots.

Today, Aruba, Curacao and Sint Maarten are autonomous countries within the Kingdom with their own constitution, currency and government. Bonaire, Saba and St. Eustatius are Special communities and are officially called Carbisch Nederland designated.

In the EU, the Netherlands Antilles have a special status as Overseas Countries and Territories, i. they are associated with the EU, but in principle they do not belong to it.

I do not really know the subtleties of the various political categories, but I am sure that these islands are excellent and beautiful holiday destinations.

Holiday in the Netherlands Antilles

The Dutch have been traveling for years to the ABC Islands and the Windward Islands to spend their holidays there. The temperatures there are always around 27 degrees and the Caribbean Sea is not only beautiful, but also pleasantly warm. You do not have to expect hurricanes and rain is rare. And safety concerns, as currently in other holiday countries, you absolutely do not need to have there.

Especially Curaçao is very popular as a package holiday destination, but also Aruba is now hard on the package tourists. From Amsterdam Schiphol Airport, KLM offers many direct flights to the Netherlands Antilles, so traveling time is limited. Incidentally, feeder flights from most German airports are available at no extra charge.

The infrastructure on the islands is set to tourists everywhere. A diverse range of accommodation, car hire and providers of excursions and water sports can be found everywhere.

Information about each island with travel Tips and some great travel offers you can find on the corresponding pages here on nach-holland.de. Check out the sites for the ABC Islands on: