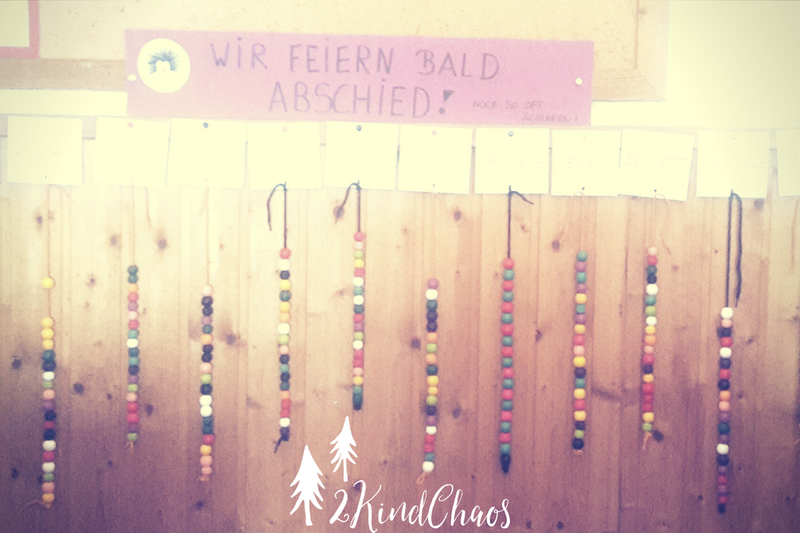 "Man, stop crying," some of you may be thinking now. “Children go to kindergarten for a while, then school comes. And your little one also goes to kindergarten. Don’t act like that. Nobody dies. "

But quite frankly: it feels like this. Or like after a breakup. I’m not at all concerned that I can’t stand my child growing up. On the contrary, it’s great, I’m happy me at every stage of development. But now something is lost that previously played such an important role in life. There are so many never again for them. No more cuddling with your favorite teacher. No more playing pool games in the next room. No more music lessons at the funniest nonsense in the world. Never throne again. No more morning circles with your favorite games. No more romping around in the magic garden. Never again…

Yes, maybe I should be stronger. Maybe I would have to give my daughter much more the feeling that it was okay, that there was a great kindergarten time, and now the great elementary school time is coming. I don’t doubt that a great time is coming. But I notice that it doesn’t leave them cold. Sometimes tears are in her eyes too. For a few weeks now she has been looking for our closeness again. Comes over at night because she doesn’t want to sleep without us. Because she is afraid. Because there are monsters. It needs us a lot more. Because she senses that something important is changing. She too is really looking forward to school. But she also grieves for what she loses there. For loved ones, because they are their educators. Because she will rarely see her friends now, if at all. The security that kindergarten gave her. And I, I mourn.

The preschool children (“giant children”) meet regularly to form the giant group. Topic of the next meeting: What you will miss at kindergarten. Does it have to be that way? Do the teachers put their fingers in the wound? It wouldn’t be much more about distraction, focus on school, looking ahead and not unnecessarily dramatizing the farewell?

At the last giant group meeting, the children shared their experiences from the get-to-know days of the eight different schools. They enthusiastically tell each other what they did, who they met and so on. They already give the children a lot of tailwind for school and above all a damn good basis. Self-confidence. To be able to express feelings. Independence and curiosity, enthusiasm and above all trust in what comes there and optimism.

The other day, a four-year-old girl from Maple’s group was picked up by a young man I had never seen before. It was her 21-year-old half-brother. She ran into his arms. He picked her up. After they finished hugging, he went to Maple’s nurse, who also welcomed him with outstretched arms. They hugged, too, for at least ten seconds.

He had been here in kindergarten before. In Maple’s group.

Perhaps the grief that Maple feels and that we feel is actually happiness. Lucky about what was there.