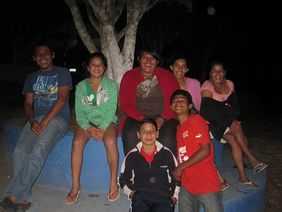 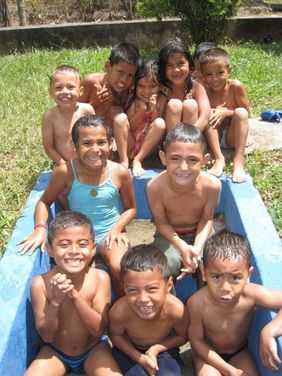 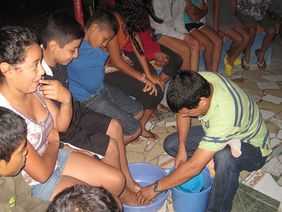 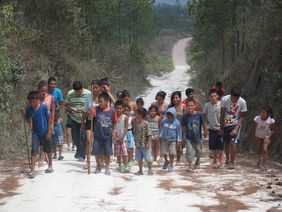 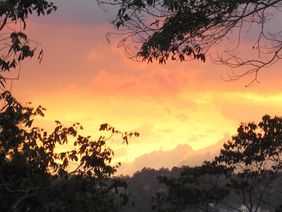 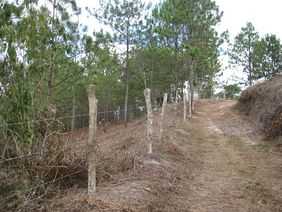 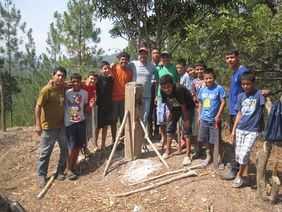 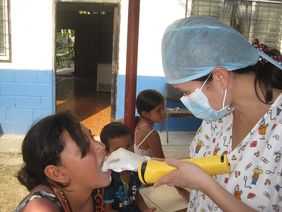 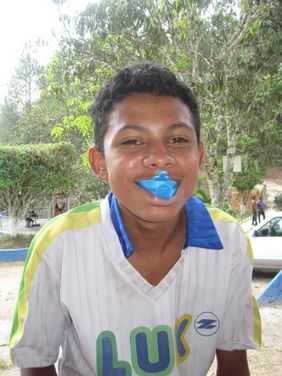 Holiday paradise Santa Rosa de CopánThis year again we all went to Santa Rosa de Copán for a well-deserved holiday. The anticipation was huge, the more we enjoyed the relaxing and beautiful holiday week. As usual during this week, we could take a lot of time for the children to play, jass and laugh together. Also the home employees had fun and enjoyed the special week. The weather was very good and our swimming pool was used very actively. The bravest even bathed until late at night.

Easter weekWe celebrated Easter week according to religious traditions, which also included washing the feet of the Apo

Holiday paradise Santa Rosa de CopánAs every year, did we drive all united to our well deserved holiday in Santa Rosa de Copán. The pre-excitement was immense thereafter did every single one of us enjoy this special time of the year to the fullest. As usual for this week, were we able to spend a lot of time with the children. We played, talked and laughed to the full extend. The staff was able to relax as well and took advantage of the change. We were blessed with wonderful weather and the pool has been in non-stop use, the brave ones were even swimming until late night.

Easter weekThe Easter week has been celebrated after religious traditions which included the washing of the apostles feet as it has been done by Jesus, to ask for forgivingness. This ritual was very meaningful to the children then they did the same and picked specifically those ones they fight with the most. Edwings father came with his guitar, played songs and Nicha sang along which created a wonderful atmosphere and set a festive ending to this purification ritual. The evening has been indulged in nature and scenery was simply breathtaking.

Good Friday was once more devoted to old traditions and we planned to experience the “Via Cruzis”. In the middle of nature did we install a course and at each stop did the children hear a sequence of the bible which was interpreted and discussed before they moved on in a singing manner. It has been a hot day and Carlitos found it all very exhausting but in comparison to what Jesus had to go through during this day because of all our sins he thought that they still got very lucky.

New ProjectThe administration of Santa Rosa de Copán donated us 5 hectares of land to realize a new project. We envision to build different workshop spaces. To get there a lot has to be done yet…

Our older boys pulled up their sleeves and helped all week with clearing the land to install about 50 poles which will be used to make a fence. They felt alike landowners which created proper sportsmanship and set free endless motivation to move forward and create something sustainable and meaningful ?

Annual dentist check-upTwice a year comes a dentist to check everybody’s teeth who lives at the “yo querio ser” and gives them a fluoride treatment. Pleasingly enough had the majority no caries besides Lency, a girl which lives with us since January and who has never seen a toothbrush before that. Shockingly did she demonstrate to the other children what it means not to brush the teeth on a regular basis. Most of her primary teeth are highly damaged to an extent which harmed already some of her permanent teeth. The only solution is a root treatment and this left a definitely a lasting impression on the children’s, it must be stated that the excitement for brushing teeth reached an all time high.

like Jesus once did. Every child could ask forgiveness from the one who washed his feet. This act was very beautiful and special because all the children washed the feet of those with whom they argued the most. Edwing’s father played various songs with the guitar and Nicha sang so that we could celebrate a successful “cleansing ceremony” in the open air and the setting of the evening atmosphere was breathtaking. On Good Friday we again dedicated ourselves to the traditions and imitated the “Via cruzis” in the wild. At each station the children were read from the Bible, interpreted and briefly discussed before we continued singing to the next station. It was very hot and Carlitos said it was very strict, but compared to what Jesus experienced that day because of our sins, it was nothing.

New ProjectThe municipality of Santa Rosa de Copán has given us 5 hectares of land to realize a new project. Our idea is to build several workshops. Our older boys have been actively helping to clear a part of the land all week long, and they have been digging up the almost 50 posts that are used for fencing in. They feel like landowners, which has been a great motivation and made helping them a matter of honour.

Annual dental check-up Twice a year a dentist visits us who examines all residents of the home and carries out a fluoride treatment in each case. Fortunately, the majority of the children had no tooth decay, but our nine-year-old Lency, who has only lived with us since January and has never used a toothbrush in her life before, preceded us as a prime example for everyone else to show the sense of regular tooth brushing. The sympathy was great when it was seen that Lency unfortunately has a lot of lazy milk teeth and already damaged permanent molars with tooth decay. For two of them only a root canal treatment is the solution and every child became aware of the importance of brushing their teeth!