Church institutions provide around 1.3 million jobs in Germany, for example in kindergartens, hospitals or educational institutions. The non-Christian part of the population is excluded from many of these jobs from the outset. Rightly so? 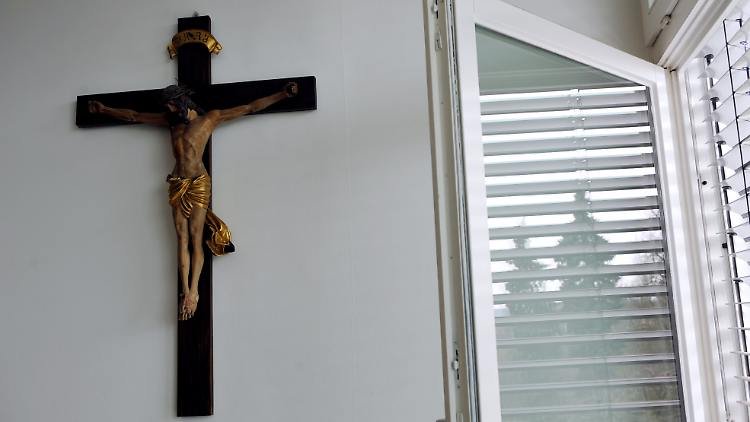 Whether you are a teacher, home manager or cleaner – if you want to work for a church employer, you usually have to be in the church.

Catholic, Evangelical or non-denominational – what doesn’t play a major role for most people in everyday life can suddenly become important when looking for a job. That’s when you apply to a church employer. They can choose their employees based on their denomination – but that doesn’t always apply. The Berlin Labor Court has now awarded compensation to an applicant who has not been considered. She was disadvantaged because of her lack of denomination (Az. 54 Ca 6322/13).

The woman had applied for a position at a work of the Evangelical Church in Germany. The task would have been to draw up an independent report on Germany’s implementation of the United Nations Convention Against Racism. According to the ecclesiastical regulations, the job advertisement presupposed membership in a Protestant church or a church belonging to the working group of Christian churches, as well as identification with the diaconal mandate.

The applicant is not a member of a church, but saw herself qualified in terms of content and applied anyway. To no avail – she wasn’t even invited to an interview. She then sued for disadvantage under the General Equal Treatment Act (AGG). The Labor Court in Berlin found it rightly so. The woman was rejected because of her lack of denomination. The potential employer must therefore pay her a monthly salary as compensation.

In Germany there is a right of church self-determination. Church employers also refer to this when they do Employee choose according to their denomination. According to the court, the selection by denomination is only legitimate if it is a "essential, lawful and justified professional requirement" IN QUESTION. This cannot be determined in the advertised position as a speaker, according to the reasoning of the judgment. The topic "anti racism" be also after "religious and diaconal values" of importance, a religious affiliation is not necessary for the speaker position.

It is still uncertain whether the woman will actually receive any compensation. The labor court approved the revision. The ecclesiastical Employment Law is always the subject of legal disputes. Last year, for example, the Federal Labor Court ruled that Caritas had released a special education worker in a care center. The man had left the church after the abuse cases in Catholic institutions became known, which Caritas called "serious breach of loyalty" evaluated.

With around 1.3 million employees, the churches are the largest non-governmental employers in Germany.