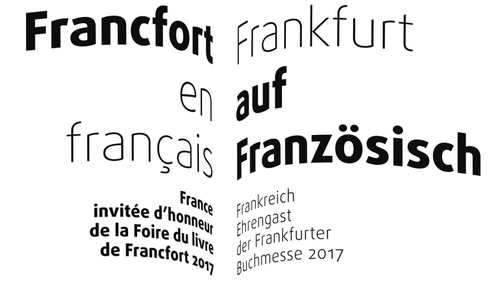 grosseltern.de is not only read a lot by grandparents, more and more people are also writing for us as guest authors. Founder Andreas Reidl is very pleased: “This is a fine thing when grandparents report from their own wealth of experience. Their experiences enrich our site very much. “In addition, other authors also contribute, such as journalist Dorothée Waechter, who know many from the ARD morning magazine. Read more about our guest authors here!

Elke Tonscheidt, How do you come to grosseltern.de as an ex-spokeswoman for the Konrad-Adenauer-Stiftung? If you first set up a software company and run its PR for ten years? Not necessarily. Elke Tonscheidt is an enthusiastic networker and incidentally has been on the road for 25 years as a freelance journalist – she is particularly fond of writing for the blog www.ohfamoos.com, which she founded in 2014 with three women, to report on the good life. How important grandparents can be, she realized, when their son saw the light of day. Since then, several grandmothers and granddaders are playing at his side: patchwork families often make sense one day and hold great potential for topics such as grandparents. The three-member family lives on the border between Düsseldorf and Duisburg.

Erika Bock, Author “The Knollchenbande”
Born in 1950, a trained lawyer and notary assistant, lives with her husband in a small village in Schleswig-Holstein.
She has two grown daughters and a little grandson.
From 1983 to 1994 she wrote lyrics and prose texts, which ia. published in literary magazines, anthologies and daily newspapers.
Two volumes of poetry also appeared.
Fairytale texts on xenophobia were published in the self-published. After returning to work at the beginning of 1992, there was a write break. Since 2011 in early retirement and cooperation with the author and illustrator Volker Nökel
The children’s book project “Die Knöllchenbande” was born and now starts with the first volume “Die Knöllchenbande … on the way to your dreams“.
Two follow-up volumes have already been written and are waiting for the illustration.
More information at: www.knoellchenbande.de

Volker Nökel, Illustrator “The Knollchenbande”
Born in 1949, painter, author and illustrator and father of two grown children, also lives in a small village in Schleswig-Holstein.
1973 – 1975 Studied biology at the Christian-Albrechts-University Kiel.
1975-1980 study of free art (painting) at the Muthesius-Kunsthochschule Kiel. Many years of experience as a graphic artist and draftsman u.a. in the “Werner-Team” (colorist as well as spokesman in three “Werner” -films), for Microsoft, Tony Sheridan, Heinz Hoenig, TV Comedian Atze Schroeder, KIKA, Neander Motors, Mercedes, Cornelsen-Schulbuch-Verlag, Holsteinstein Kiel etc.
Numerous publications of own books, most recently the two potato cartoon volumes in the ABL-Bauernverlags GmbH with the titles “Linda & Consorts “and” Linda – Impact in life “. Both cartoon volumes sparked off the idea of ​​the children‘s book project “Die Knöllchenbande”. Why should not even small potatoes come to life, giving children special access to this healthy vegetable??

Yvonne Steplavage, born in 1978 in the city of Dieburg in southern Hesse, has been a state-approved teacher for many years and also holds an office clerkship. With her own company, she professionally combines numerous tasks around the topics of household, childcare and the office. One of her favorite topics is “Children’s Destinations” as well as collecting and processing information on the main attractions in different destinations. In the future, grosseltern.de will be in the section “Excursions & Leisure “support. More about our guest author

Heidemarie Blankenstein, born in Berlin, has been active as a freelance journalist since 1990. Among her past points of interest were various Asian, African and European capitals: from Madrid and the Sultanate of Oman, for example, she reported on various weekly newspapers and magazines. Meanwhile, she writes from Berlin, while her children and grandchildren have been in Australia and Mexico for almost ten years. At grosseltern.de, Heidemarie Blankenstein, who is still on the road a lot, likes to give insights into the lives of other cultures and teaches about travel and mobility. More about our guest author

Cecily hell, born in Hannover, comes from the world of facts and figures: The graduate in business administration is an expert in international management and corporate governance and worked for several years in a renowned Munich consulting firm. In 2001 she founded the HOLLE MANAGEMENTBERATUNG with a focus on change management, strategic reorientation of companies and coaching of personalities. This was followed by various training in leadership coaching and in the teaching of psycho-physiognomy. The mother of three has many years of experience in dressage and in 2013 she publishes her first children’s book. For grossltern.de, the Wahl-Hamburger writes primarily on family issues, thus representing the diverse facets of a child’s life.

Dr. Maria Hussain, born in Wertingen, has been working as a doctor since 1970, most recently 26 years in private practice for general medicine, additional name “Physical Therapy”. She focused on treating cancer patients and caring for the chronically ill, especially the elderly, always having good and good care for them. She completed her medical studies in Munich, where the mother of three still lives today and enjoys six grandchildren when they visit. The sought-after magazine author writes at grossltern.de, because she would like to share some of her personal experience with our readers.

Dorothée Waechter, Born in Dortmund, she has been managing the editorial office folium for 20 years and is a proven expert on green and thriving stories from all over the world. The graduate engineer for horticulture has also been the face of the ARD morning magazine for around seven years, when it comes to questions around green topics. For grosseltern.de, the journalist living in Essen and author of numerous specialist books writes about everything that interests grandma, grandfather and grandson in terms of nature. This year alone, three new books are published by her, i.a. ‘Gardening (almost) without watering – with little water for garden happiness’.