Watching is not a luxury. Observations and documentation are working bases for pedagogical specialists with regard to accompanying and supporting childlike learning and development processes. 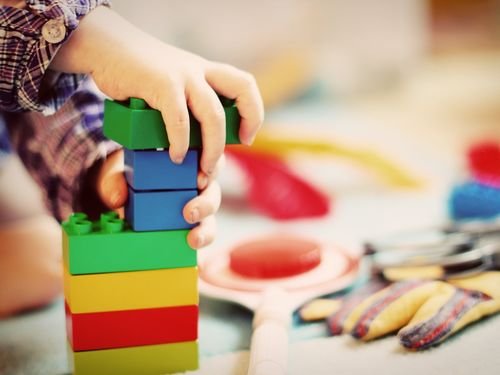 Observation and documentation in the day care center

What does that mean? It means seeing, perceiving, describing (conspicuous and inconspicuous) behavior, development, (self-) educational processes, willingness to learn, well-being and last but not least social relationships to other children and caregivers and to derive action plans from them.

According to this, pedagogical quality depends on professional observation and mistakes often creep into this, because the turning towards the child and the effort to understand is distorted by one’s own inner glasses. The little prince’s poetic idea: "You can only see well with your heart, the essentials are invisible to the eye" (St. Exupéry, 1956, p. 72) should not apply to educators.

Example Marlon (5.3): A teacher observes Marlon, who has been attending the daycare for 3 years and is known as an “ADHD problem child” and whose intellectual parents refuse to have him diagnosed. She sees that he always disturbs others while playing by running around and thereby destroying their structures – she documents this observation very carefully and Marlon has a "new entry" in his file, which among other things. The basis for the last development discussion before starting school is.

As a team, look at a photo of a couple of children and write down what you see. Then exchange views. How many different descriptions have arisen?

An observation situation could look like this or similar …

Marlon actually destroyed other children’s buildings several times because he ran into them, but he always helped to rebuild the works and also apologized to the other children. After running around, Marlon uses the small Lego bricks to build a ship with many details for over 20 minutes.

Unfortunately Marlon’s prosocial behavior and ability to concentrate were neither noticed nor observed.

A neglected looking child is more easily thought of as less smart.

Especially negative or positive behaviors (out of uncertainty) are not documented.

Detailed description of what Not observed – but expected – is.

It is documented in a child that it Not playing with other children Not adheres to rules and Not sits still.

Influence of one’s own biography on the observation with a tendency to evaluate.

A child in the autonomy phase who loudly expresses his helplessness is described as a defiant "theater-making" child. It’s hard to endure what you were never allowed to do yourself.

sympathy leads to a positive shift in observation.

Assumptions of the observing person lead to (wrong) connections between properties.

In the course of the observation, attention decreases.

At the end of the observation, fine signs are perceived less than at the beginning.

Depending on the mood and condition of the observer, z. B. shy behavior assessed as bad or less significant.

Successive observations have a negative impact.

Incorrect observation due to certain expectations.

The observer expects the behavior "typical" for the child and focuses the observation. Unexpected behavior is often overlooked.

The first observation influences further observations. A loud child remains the "loud child" who can be silent even with quiet behavior.

A certain behavior is expected through pigeonholing.

Stereotypes are observed, but details and deviations are not.

Observation is influenced by the personality and prejudices of the observer.

The observer’s personality and expertise influence the observation. For example, A lack of knowledge about playful fighting combined with emotional emphasis can lead to prejudices about boys as violent ruffians.

Observation errors are initially a consequence of the economic principle of human information processing and are also subject to subjective distortions. The three levels of description (1) factual representation "Peter grabs Luke’s upper arm", (2) interpretation / interpretation "Peter is curious about how Lukas behaves when he pinches him" and (3) emotional transmission "Lukas is a particularly sweet and sensitive boy ”should be differentiated, otherwise increasing observation experience would lead to little increase in objectivity.

The constant awareness that perceptions through individual processing and individual interpretation of the perceived make a perfect picture of reality impossible helps to record only what is actually heard and seen.

To ensure more neutral and valuation-free observations, you can ask yourself and the team questions such as:

Sources of error cannot be ruled out, but practice also makes perfect when it comes to observations, i.e. the more that is observed in a daycare center, the fewer observation errors will creep in. The following table contains a list of typical observation errors and assessment traps.

If behavior is noticeable (eye and ear), it is undoubtedly striking behavior and in the day care center it is usually noticeable that disturbs someone! Abnormal behavior is signal-like, persists over a long period of time, can be perceived and observed by several observers.

Free and spontaneous observations are the most important form of observation in most facilities, but unfortunately they are often not and / or not sufficiently documented, which makes it almost impossible to call up the information later. Especially in children with behavioral problems, it would be of great benefit to have chronological recordings from various observers in order to ensure a more objective view of the (conspicuous) behavior. Likewise, (conspicuous) behavior should be recorded over a longer period of time and compared with the behavior of peers, because certain behaviors are "completely normal" in one age group, while they are conspicuous in another. A 3-year-old child is more likely to speak to a stranger than a 6-year-old child who is probably more distant.

With spontaneous observations or their reflection in the team, it is important to consider together what exactly we saw and heard – what we did not see and did not hear! (Mienert, 2011)

The focus of spontaneous observations is on abnormalities, but what about the children who behave inconspicuously, how can educators recognize their individual potential and challenges? This is where the benefits of systematic observation, i.e. regular, attentive and scheduled perception of certain behaviors and / or events, become apparent. The goal is to capture the child as precisely as possible with this form of observation and to document the observations accordingly in order to be able to make tailored educational offers.

Observations as the basis for discussions with children

Every child wants to be seen and children feel the special attention when they are "important enough" that adults watch them, take notes about them and the Watched "even" want to discuss with them. Children enjoy being interested in their being and doing, especially when it is not a question of control and testing, but of understanding.

If observations are the basis for discussions, it is of particular importance to learn the child’s detailed perspective by creating space and time to exchange views in a respectful and undisturbed atmosphere. You can discuss actions, behavior and alternative actions and behaviors with children and be surprised how well children know themselves, what they need, what they can or cannot do and what ideas they are ready to develop for themselves.

With a conversation about a child’s behavior, one penetrates deeply into one’s privacy and it is appropriate to attune the child to the conversation first, because whoever starts a conversation has an intention and thus a head start over his conversation partner. Add to that, have children own perspectives and conversations with children own characteristics and motivations (Delfos, 2010). Adults should make sure to follow children’s stories and explanations carefully, listen actively and deal sensitively with their motivations to talk.

Example Marlon: With Marlon the teacher would have e.g. can start a conversation when he has finished building the ship. She could have visited him in the Lego corner and asked a question such as: "May I sit down with you briefly, I would like to speak to you?" appreciate the many windows and the swimming pool on the upper deck, which certainly did a lot of work and that you need very good shipbuilding knowledge for so many details. She could have had the ship explained and photographed it at the end! Then, in the spirit of non-violent communication (GfK) according to M.B. Rosenberg could have formulated her other observation just as smiling and friendly: "Marlon, I would like to tell you something else, can you still listen to me? (…) How nice, I am pleased because you are important to me. I saw you running here in the room this morning and the tower fell a few times because you ran into it. I am afraid that you will run into something else and injure yourself while running here in the room. I suggest that you go to the hallway or the garden if you want to run. How do you like that or maybe you have another idea? "

High educational quality is not possible without professional observation. Pedagogical specialists should objectively and regularly observe each child and develop action plans based on the results. It is important to train observation because the susceptibility to errors is very high. Professional observation is the basis to do justice to every child and to ensure current pedagogy.