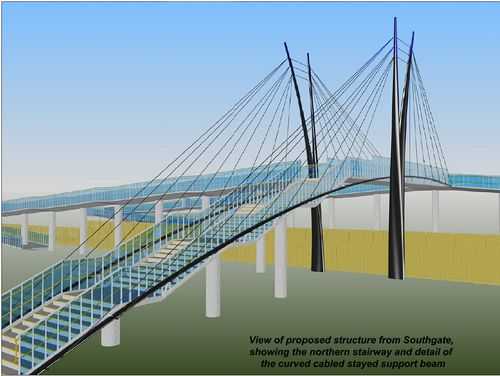 In October, the "Smart City Index", that wants to show how modern and digitized German cities actually are. The capital does not make it into the top three places. The debate over the Chinese company Huawei continued. And of course, Apple is also heating up again. Among other things, there is the charge that the group has once again bowed to the Chinese authorities. And: stationary retail will be even harder in the future.

Which city is the smartest?

The somewhat strange question, which German city "smartest" was, according to a study by digital association Bitkom. Answer: Hamburg! It went in the investigation to "Smart City Index" how well citizens thrive on modern technologies such as apps in administration. And questions such as whether there are intelligent traffic lights that adapt to the traffic situation. Or sharing offers for daily mobility. Five areas were examined: administration, communication, energy, mobility, society. That goes into very specific detail questions such as: Is there "FabLabs", These are places where individuals get access to 3D printers. Won the cities of Hamburg, Karlsruhe and Stuttgart. At the very back of place 81 is Salzgitter. After all, the German capital is in fourth place.

For the telco providers, it is the golden future, the new 5G mobile network, which from 2020 should gradually provide for fast surfing and fewer network outages on the mobile phone. But who is allowed to expand it? There are still disputes about this. The "TIME" leads this debate particularly intense. There has a comment in mid-October again demanded that Huawei should not expand German networks. The author is an activist from Hong Kong, currently enjoying asylum in Germany. Core of his argument: China will use its opportunities for espionage. Shortly afterwards, however, the federal government decided to involve Huawei. Again in the "TIME" This is immediately bitter commented under the heading "Merkel’s Bückling". The author is in the latter case, no less a person than the politician Reinhard Bütikofer, after all, chairman of the European Greens.

The floppy disk has to go

Many people first thought of this message from America: What, is it still there? Yes, she was. The floppy disc was one of the first magnetic storage media on a disc, measuring 8 inches in diameter, slightly more than a single, and was softer than a piece of cardboard. In the US nuclear arsenal, it was until now the disk on which much depended, including the SACCS (Strategic Automated Command and Control System), which sends messages to the rocket bunkers. You know it from movies like "The Day After" or "Wargames" as the place where the nuclear war begins. The Airforce has now abolished the wobbly disks and switched to modern media. Which are, of course, remained secret.

IAgain Apple: Criticism over China, anger over the tax

The tech giant Apple is said to have buckled in Hong Kong before the Chinese authorities, in which he the App "Hongkongmap.live" locked and removed from the App Store. China is cracking down on Democratic activists in Hong Kong, and demonstrators are using the app to coordinate their meetings and track police movements. Apparently on pressure China flew the app but then immediately out of Apple. Incidentally, otherwise it will not be quiet around the group from Cupertino near San Francisco. There is still a dispute about the tax policy of the group, which has the European headquarters to Ireland and for its sales – even in Germany – pays practically no taxes. Meanwhile, EU Competition Commissioner Margrethe Vestager demands a supplementary payment of 13 billion euros. The Apple boss Tim Cook had the allegations in the summer than "political filth" designated. Now the European Court of Justice has to decide.

The US company Salesforce is actually a provider of e-commerce and cloud solutions. But because it is one of the big players in the field of online shopping, it can always explore the shopping behavior of consumers. This year’s October appeared "Connected Shoppers Report", and he claims for now: It is even more online shopping than anyway already (growth of 15 percent). And more than two-thirds of orders are handled on the mobile phone. For Germany, after all: Most customers (90 percent) buy both online and in retail and see these two ways as equivalent. But they expect from the trade "more shopping experience". 10,000 people were interviewed for the study, 500 of them from Germany. Overall, Germans are slower than other countries when it comes to getting fully involved in e-commerce.

Image maintenance done wrong: how a public figure dismantles itself

Rudy Giuliani was once considered the great political hope of the United States. As mayor of New York he made for a lot of peace in the city. Some saw him as the next president. But then he was only the lawyer of Donald Trump and is now heavily criticized from all sides. The example of Giuliani shows how an image breaks down, that’s what The Atlantic presents in a clever and worth reading analysis. A hint came straight from the world of art: when Giuliani wanted to save his image on Saturday Night Live, the musician left Paul Simon on stage and played his hit "The Boxer". A song about a ragged athlete who struggles against his downfall.