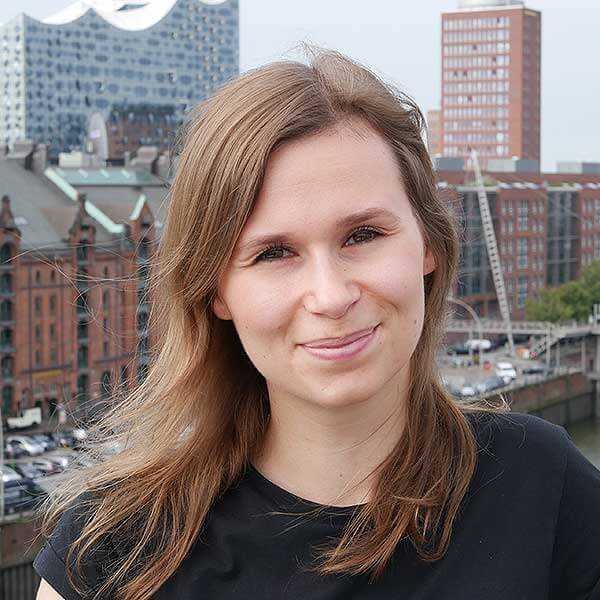 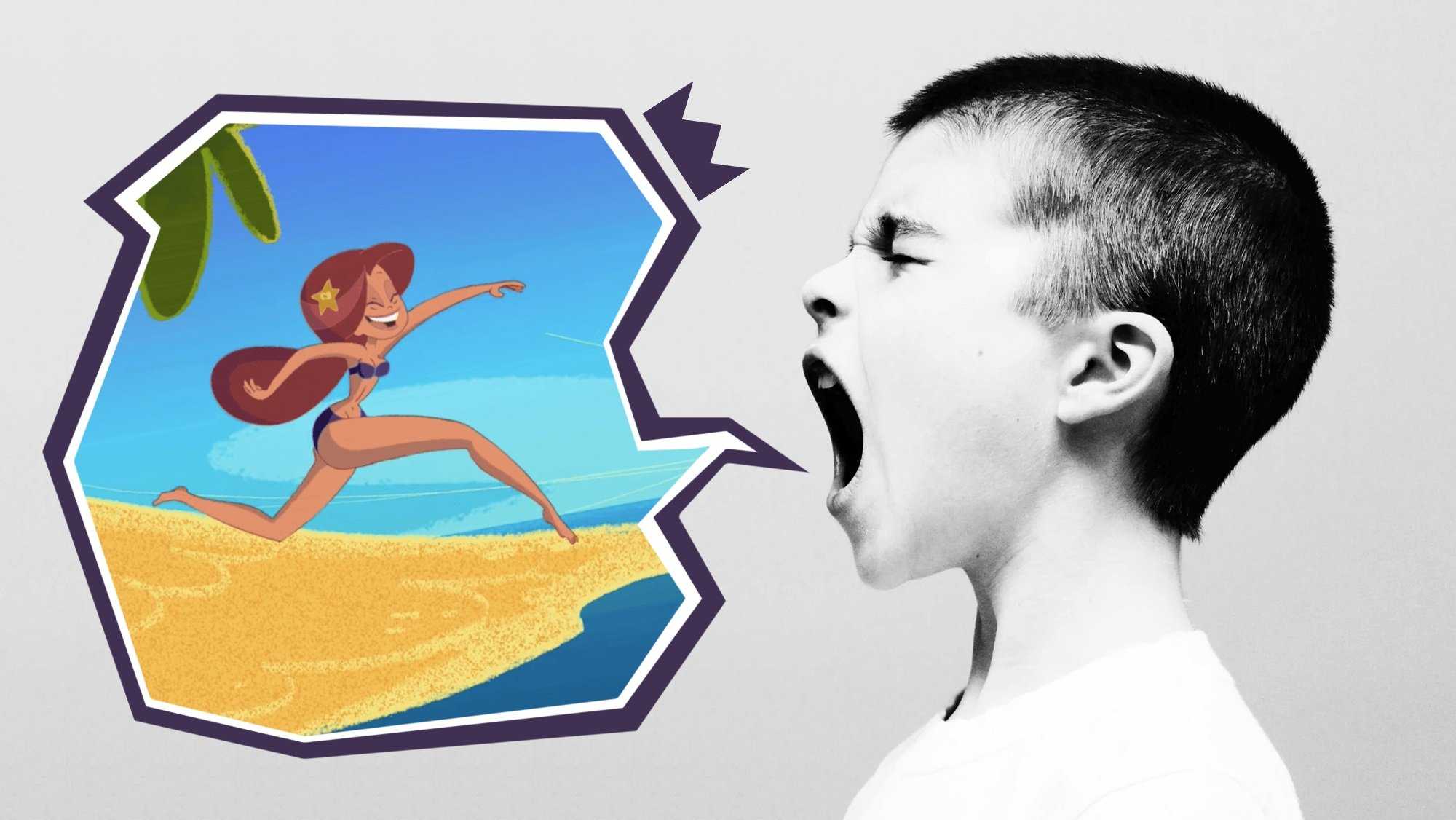 Welcome to the Gender, uh, Serial Blog! Having spent the past few months thinking that series are still lacking in diversity and asking myself how realistic series can and should be in order to entertain, but not too much in clichés and illusions, I would like to dedicate myself today to a series category to which I usually pay less attention: children’s series.

The occasion for this text was a very exciting lecture by Dr. Maya Götz at the Filmfest Hamburg at the end of last year. She presented excerpts from the current research of the International Central Institute for Youth and Educational Television (IZI). The main focus here was on gender justice in (children’s) television. In the lecture she took up much that was already known to me. But to have my subjective perceptions and thoughts once again documented by a media science editor with numerous current examples was quite frankly quite devastating. Somewhere there was the hope that one’s own perception might be exaggerated and that everything was not so bad after all. Not that I wasn’t aware beforehand that women still have significantly fewer (meaningful) roles in front of and behind the camera than men, that they have less speaking time than men, even when they are seen in leading roles, and that partly absurd body images are drawn and clichés are used… I wasn’t aware that the body image, the girl (and also the boy) is conveyed in children’s series, is not only often sexualized, but also partly completely unrealistic. But well, how could it be any different?

I make no claim whatsoever to present the research of the IZI here in its entirety, but would just like to give you excerpts which still resonated with me for a long time and which still occupy me: In the children’s programme there are about three times as many male and male figures as male and female figures, in 77% of the animation series boys play the leading role, even when it comes to anthropomorphizing animals, plants or objects (prommer, left and Stüwe). Yes, if one looks at older research and compares it with current results, the gender ratio depicted on children’s television can even be described as retrograde. It is astonishing that the distribution in children’s series is so unbalanced.

If we then look at the body image of the figures drawn in the series, it becomes even more unpleasant: 327 animated main figures were examined for their body shapes. The waist-to-hip ratio and the waist-to-shoulder ratio were measured. The result: 50% of the female main figures were equipped with such a below-average waist-to-hip ratio that they would not be anatomically viable at all (left, Stüwe, Eisenbeis). The best example of this is Marina from the Super RTL series “Zig & Sharko”, which can be seen here and in the cover picture: 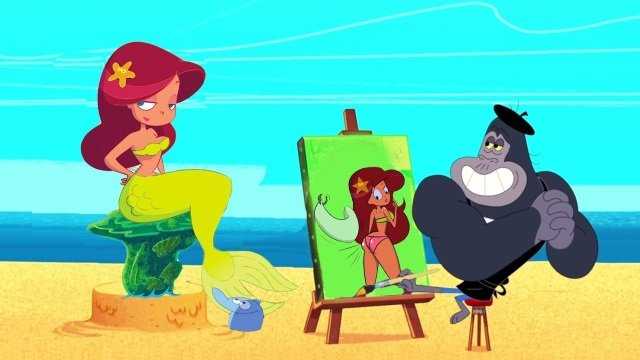 But it goes even better: long-established and well-known figures such as Maya the Bee have been transformed over the years and even slimmed down again. Round forms did not even appear in the investigation of various children’s series. And realistic children’s bodies were found in just 20% of the series examined (left, Stüwe, Eisenbeis). 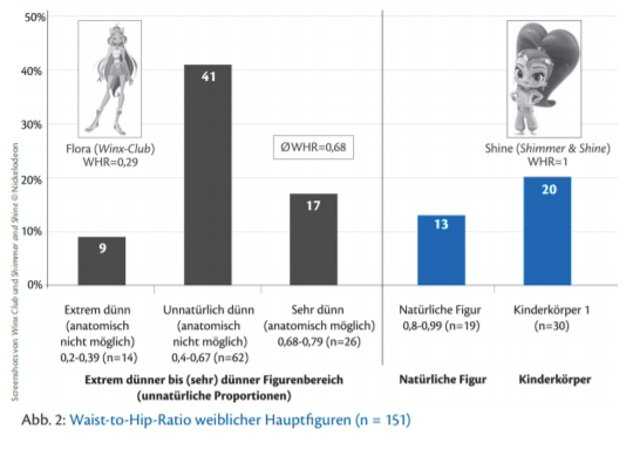 Now, of course, it is exciting to see how it looks with the male figures in children’s series. 49% of the male figures were drawn with a straight body shape and thus as a realistic image of a male child. What is striking, however, is that in addition to the straight body shape, there were also very slim and overweight figures. From a social point of view, these less optimized boy bodies contributed to a fundamental diversity of male body shapes. However, sexualised depiction also finds its way into the male figures, namely in the strong shoulder development that leads to an excessive V-shape of the bodies. However, in only 6% of cases this exceeded the anatomical human possibilities (left, Stüwe, Eisenbeis).

It’s awesome. Not only does the study of numerous children’s series once again show that there are significantly fewer female figures in children’s TV programmes, but that they are also drawn much more one-sidedly, unrealistically and sexualised more strongly than male figures. 50% of the female body shapes depicted cannot be achieved by any natural means in this world. Now one could say: Well, here animation series were examined, in which often also animals and fantasy creatures appear. A realistic body image is not intended here at all. But then you notice that the representation of female and male beings is so unequal. Coincidence? Probably not.

Since one is also quickly labelled as over-cautious, panic-stricken parents or over-critical viewers when it comes to critically assessing the offers for children, it is also interesting to look at the situation from a child’s perspective. One hears so often (from adults): these stereotypical representations are necessary for children to understand the story. But when a large number of different girls and boys were questioned about what disturbs them on television, it turned out that both girls and boys find it disturbing that girls are always portrayed so thin and weak (Holler, Kraller, Toepler, Lux, Tumba). So there is no need to question the active perception of small audiences of little diversity and fixed images.

“I think it’s stupid that most girls aren’t heroes.” (Pauline, 9 years old, in a letter to a television producer)

The image that children’s series draw of our world and society is almost worse than the one that adults are offered, who can (should) at least reflect and classify these images in a larger context. How can the next generation grow up with a just image of man and gender if so many of their entertainment programmes do not convey this and so many of their heroes and role models only correspond to clichés that should really be broken by now?

How meaningful is it that the children of this time grow up with a body image that they can never reach – unless they break one to three ribs for it? Doesn’t this lead directly to the fact that girls in particular feel themselves and their bodies as not normal and not good enough at an early age? Isn’t it our duty to prevent this and can we only do this if we ban television for children? What do you say, especially as parents, aunts, uncles, grandparents, about this and how do you deal with the offer? And how do your children deal with it? I look forward to your comments – and am curious about your experiences and opinions!