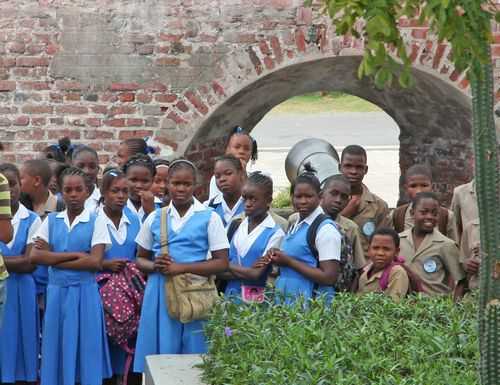 Munich – bassist Günther Groissböck talks in the Merkur interview about the classic market, Wotan in the bathtub and his Radl passion.

Forecasts are tricky in the opera business with its fast-burning stars. But one thing is for sure: this bassist soon becomes an absolute top field. Günther Groissböck, who comes from Waidhofen an der Ybbs in Lower Austria, is already in demand worldwide. As Sarastro (“Magic Flute”), Hunding (“Valkyrie”) and next as Boris Godunov. In Bayreuth, the 34-year-old will make his debut as landgrave in the new “Tannhäuser”, from Sunday Groissböck will once again be the Aquarius in “Rusalka” at the Munich National Theater..

-In “Rusalka” you can be seen as a revenant of Josef Fritzl. When you heard who you had to play there, did it irritate you??

Three months before the start of the rehearsal Martin Ku (s) ej explained his concept in general terms. I was very fond of this idea, also because it was time to emotionally work up this topic on stage. News facts are one thing. But to really want to fathom a person and an incomprehensible story is something completely different. This is not a one-dimensional incest monster. No one is born evil. We have shown, supported by Dvo (r) ák’s music and without apologizing to him: This man also has longings and feelings.

-At the beginning it was like many basses – a huge voice, but still quite a rough diamond?

It was a bit like that. I went without a singing lesson to the entrance examination in Vienna. Before that, I thought to myself, when I was at the Vienna opera stand: “Wotan farewell, that is a bit high, but that’s it.” That’s what I’ve always roared in the bathtub. So I got the sheet music at the Doblinger, looked at it and thought: “Well, nobody sing, nobody can spit that.” Then I sang “O Isis and Osiris” and a Schubert song. And because one of my stars was Kurt Moll, I imitated him. After the audition, the head of the commission asked in a piercing voice: “Mr. Groissböck, what favorite singer do you have?” I shot out of the gun: “Kurt Moll.” Since they all laughed as in the Muppet show. “We almost thought so,” it sounded back. I then went to the preparatory course, and after the next exam, it worked.

-Do you also have the typical confrontation with the parents behind you? According to the motto: Boy, rather learn something clever.

I come from a normal, middle-class, small-town family. My father was a doctor, died early, and my mother was a teacher. We had some records at home. Opera cross sections of “Tannhäuser”, “Magic Flute” or “Lohengrin” – funny enough all these works, which catch up with me now. I started to study the piano at the age of eight and was also motivated at the beginning, but found that practicing consistently in order to be able to achieve something soon became bland. My mother was skeptical when it came to singers. I would now advise every young colleague to learn something. Be it magisterium or something else. The vocal profession is just an incredibly fragile affair.

-Are you too fast on your career??

Not from the rollers. The density is just big. These many cities, performances and people, all you have to digest first.

-But you can enjoy all that at a young age.

I ned. (Laughs.) No, seriously: Sure, it’s sometimes spectacular and horizon-expanding, but these long periods in a place where you can not enjoy the quality of life like Vienna, Munich or Zurich can be tough. For example, one month New York. I’m too rural. Tokyo – a madness. Sometimes you also have homesickness for the language. When I took my wife to the airport in Washington, because she was traveling back to Zurich, I realized: Fifteen minutes later the flight comes from Vienna. I have remained a bit bissl, and you can hardly imagine what a cozy, homey feeling a few grumpy Viennese, who complained about the food on board, were preparing at that moment.

-Does a director have to channel your game??

I’m basically shy. It is very important that I have someone who affirms or proves me positively. Apart from shepherding in kindergarten and high school, I have no stage past in youth. There was a certain blockage at first. Sometimes I still feel like this: The bigger the opera house, say, the farther away the people, the better it is for me. But luckily this inhibition disappears on stage quite soon. However, under ideal conditions I can go out of my way, so that you could accept something else.

-Is the vocalist changing right now? The younger generation does not seem to regard this profession as a noble vocation, rather than a job – albeit highly attractive.

Of course, you always realize how privileged this profession is. And that you did not want anything more. But this participation in a kind of priestly worship in holy halls should not rule out a normal life. On the contrary, this normal life fertilizes the profession.

–And what annoys you about the scene?

What is opening up more and more are these high-profile careers, sometimes combined with a ridiculous hype. And then there are singers like Piotr Beczala, Genia Kühmeier or Michael Volle, outstanding, unique Simmen, singers who make a classic, right and careful career – that fall through the grid for certain PR managers. It is a huge mistake to believe that you can build opera careers as in pop music. Opera does not work like DSDS! In the classical area much more lengthy processes are needed.

–What does your life look like next to the music??

First up is the family. My little daughter Margot and my wife. But I’m also a foolish racing cyclist. I drive a few competitions, the Ötztal cycling marathon, for example, one and a half years ago. For a super driver, however, I am too heavy with over 90 kilos. (Laughs) It’s all very cleansing for the head, all the stress you can literally crush. And on the other hand, it is good for the job: you learn to enforce and persevere. I need that. Not as endorphin junkie. But one recognizes: If you come over the short pain point, the effort pays off.