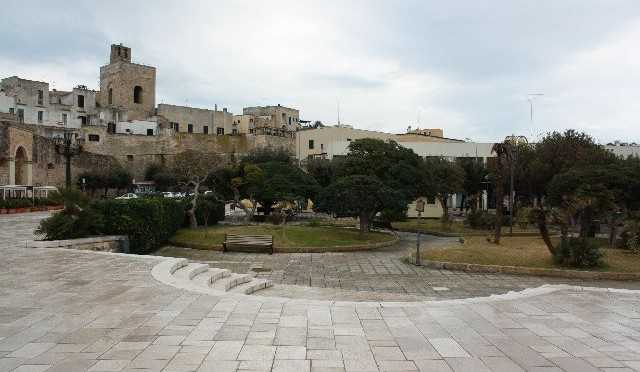 Otranto: Where Adam does not wear a fig leaf – and how the city came to 800 saints at once

The small town is the easternmost town in Italy and lies at the very bottom of the boot tip. If you spend your holiday in Salent, here is a worthwhile destination. 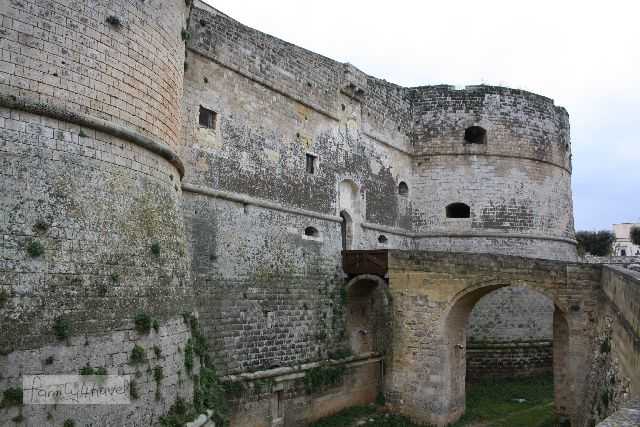 Outside the city walls lies the mighty fortress of the Spaniards.

But not in the afternoon. At least not in March. As we get out of the car around three o’clock, the sidewalks are up. No café, no restaurant, no ice cream shop open. The lunch break in Italy is extensive and varied, just like in Greece. Most stores close at 1pm and then open again from 5:30 pm until late in the evening. This is not quite compatible with the biorhythms of German families, and accordingly, Italian gastronomy does not do business with us. 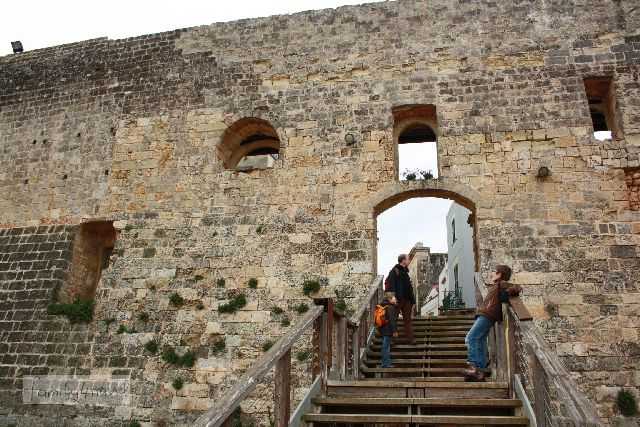 The city wall of Otranto is impressive.

But the architecture is still there, even in the afternoon, and that is well worth seeing. Old palazzi stand so close together that only narrow streets remain in between. The city wall from Norman times is partially very well preserved and gives the whole a picturesque reputation. And the displays of the numerous artisans are sometimes cheeky cheesy, but also through the closed doors, the whole family has something to look at. 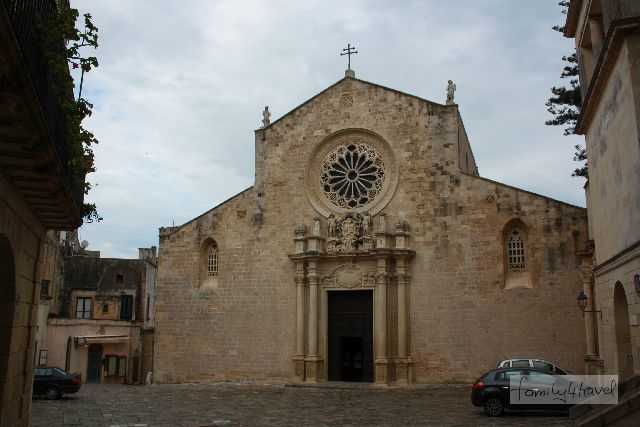 From the outside, the Cathedral of Santa Annunziata is not very impressive. But you should absolutely look at it from the inside!

Absolutely worth seeing is the Cathedral of Santa Annunziata. “Wow, look at the ceiling!” Janis whispers excitedly as we enter the church, while Silas whispers at the same time excitedly: “That’s all mosaic here!” The church dates back to 1088 and was built by the Normans, which prevailed at that time in Apulia. The floor mosaic is almost a hundred years younger and indeed covers the entire church space. It shows biblical scenes as well as mythical creatures. The boys discover a centaur and an Adam without a fig leaf, which they find much more outrageous than apparently the medieval Catholics. A monk named Pantaleone has built about 10 million tesserae here. 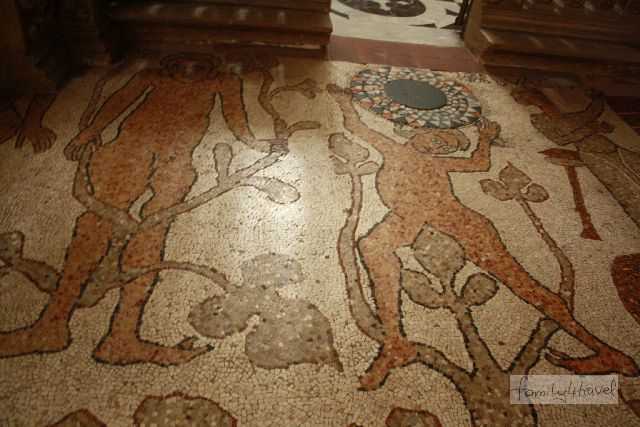 A medieval nude picture in the church. Details hide the mosaic stones, however.

A morbid fascination strikes us as we enter the apse to the right of the main altar. “Are they real?” Silas asks quietly, pointing to the artistically stacked human bones behind glass. Yes, they are well. They are among the 800 martyrs who according to legend have been beheaded by the Turks when they refused to convert to Islam. Modern research is pretty sure it was an open battle that cost the lives of Otranto residents. But her death served as an opportunity to unite the Italian armies and strike back the Ottomans sustainable. And since Pope Clement XIV beatified martyrs in the 19th century, his colleague, Francis, completed the case in 2013, and the Catholic Church received 800 new saints at once. Funny thing, such a religion. 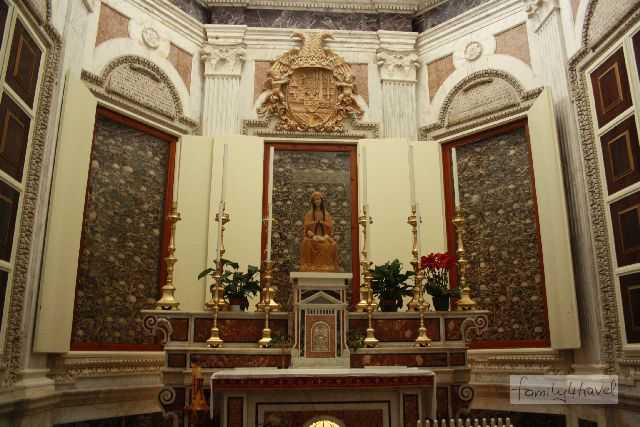 Scary factor in the face of 800 holy skulls.

Walk on the easternmost tip of Italy

We take a detour to the coast. A lighthouse marks the most easterly point of the Italian boot. From here you can look to Albania, and Greece (well, to Corfu, which is actually closer to Albania, but technically true). We discover old bunkers and watch the waves breaking on the rocks of the cliffs. The loamy red soil sticks under our soles as we trudge through the pine forests flooded with light. Nice here, we are unanimous. 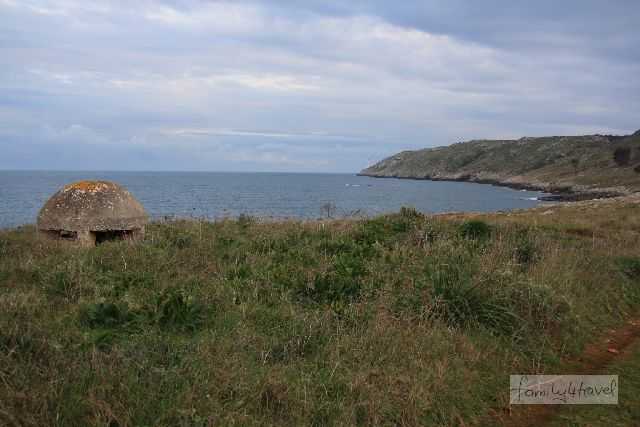 The lighthouse, which can hardly be recognized on the right side of the headland, is the most easterly corner of Italy. And apparently a few of the typical bunkers from Albania have hopped over the strait.

For a week we spent in Puglia, in the very south of Italy. We did five outings there and that’s why it goes on every Tuesday for five weeks family4travel to southern Italy. And these are our goals: